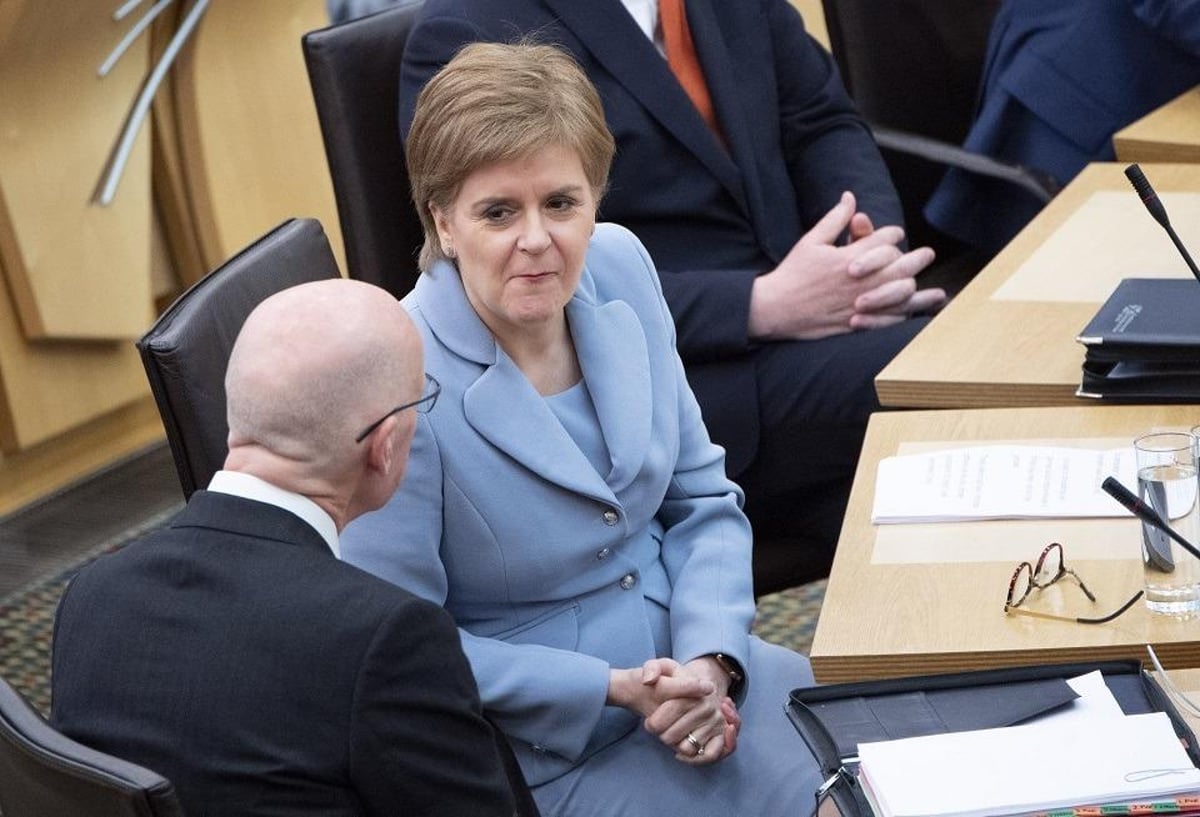 Make no mistake, when the First Minister stood up to address MSPs in Holyrood she will have known, deep down, that this was among her last chance to make a meaningful impact to a campaign that has become stagnant and stuck in legal geekery.

The speech, 20 minutes long and full of the familiar rhetorical flourishes, signifies the beginning of the end for her as a politician but also the apotheosis of her own approach to the independence question.

There are many unanswered questions, but it was clear the decision to refer the referendum bill to the Supreme Court wrong-footed opposition who expected a much more straight-forward approach.

The SNP’s leader has put herself on the front foot on independence for the first time since 2017 in a smart, calculated move that even included meaningless red meat of a specific date for a referendum for the more fundamentalist among her supporters.

It is a strategy that is not without risks and, if legal experts are to be believed about the prospect of victory in the Supreme Court, the language around the next general election is seismic and signifies her biggest gamble.

The prospect of success at the Supreme Court is far from guaranteed.

Dr Nick McKerrell, senior law lecturer at Glasgow Caledonian University, told The Scotsman that “on balance, the arguments seem to be against it”.

First Minister Nicola Sturgeon delivers a statement to MSPs in the Scottish Parliament, Edinburgh, on her plans to hold a second referendum on Scottish independence before the end of 2023.

He said: “The Lord Advocate is not backing it publicly and it is possible she is not confident about the legality and that it is within the powers of Holyrood.

“If you look at Lord Reed’s [President of the Supreme Court] arguments he takes quite a narrow view of the powers of the Scottish Parliament.

However, he added: “Legal actions are always a gamble and predictions are a fools game.

“If you don’t have a law officer on side it is a difficult one to argue the case.”

Andrew Tickell, lecturer in law at the same university as Dr McKerrell, said the Scottish Government’s position on legality was “arguable”.

“I noticed that the first cause of the new draft bill sets out a particular purpose,” he said, “that it’s about getting a view from the public, that it’s not about breaking up Britain unilaterally.

“That’s the kind of argument that is unsurprising to hear the government making, it has always been the position, but emphasising that purpose is clearly the only route towards making a credible case for it falling within competence.”

The legal expert also said it was not “incredible” to argue that the effect of the referendum is not necessarily the breaking up of Britain, and that legal representatives of the government had a stateable case.

“They would argue that the difference in that scenario was that it was clearly within competence under the Section 30 order but it is not incredible to say that the purpose and the effect of a referendum can be looked at in different ways.”

Ciaran Martin, one of the UK Government’s architects of the Edinburgh Agreement signed in 2012, said the court case was the “best chance” of having the referendum declared lawful.

His argument is that the process towards independence is a political question rather than a legal question and that the only way forward for Scotland to become independent is with the cooperation of the UK Government.

The professor at the Blavatnik School of Government said that even if the Scottish Government win, the UK Government could still block a referendum.

It could do this by either clarifying the law, stating they would not implement the decision or open negotiations.

“But I think that is a very long and torturous path to independence.”

Sturgeon’s speech today, Professor Martin argues, also demonstrates a change of political strategy by the SNP towards questioning the basis of the union as one built on consent.

He said: “I think it’s getting expressly political.

“You can see this long term narrative change towards is Scotland really a nation in a voluntary union with the right to self-determination.”

He added: “At the minute [the UK Government] are saying in principle yes, but in practice they are not going to set out a lawful democratic path to independence, they are just going to keep saying not now or come back in 2039.

“The SNP are going to say that is not good enough and either give them some sort of discussion about a path to some sort of lawful, democratic referendum that you would honour if there was a Yes vote, or stop pretending this is a voluntary union and a partnership of equals.”

It is this narrative that, if the Scottish Government lose their court case, Nicola Sturgeon is hoping will lead to an overwhelming victory at the 2024 general election.

She stated that in lieu of a vote in 2023, that election would be fought as a “de facto” referendum on the single question of whether Scotland should be an independent country.

Sources close to the First Minister said that referendums are won on the popular vote, not seats, therefore meaning success at the general election would require more than 50 per cent of votes going towards the SNP.

It would require the SNP’s most successful election result in its history, beating even 2015 when the yellow-wash of Scotland saw the SNP return 56 MPs with 49.97 per cent of the popular vote.

The cooperation of at least the Scottish Greens and Alba would be politically convenient, particularly in the case of dulling the blade of Alex Salmond, but also necessary to galvanise the movement and have any chance of victory.

The strategy also gives the SNP the chance to pitch a choice to those Yes voters who traditionally back Labour, around a quarter of Anas Sarwar’s potential electorate.

This could be pitched as deciding between independence or a pointless vote for Labour in areas the SNP will sweep up.

That is a powerful political argument but also depends on Labour’s inability to create an alternative vision for Scotland within the United Kingdom.

In any case, should the SNP fall short it will end Ms Sturgeon’s career, end the prospect of independence for decades, and risk the electoral future of the SNP.

If the SNP succeed in crossing that 50 per cent mark, it will refresh a political movement that has been stagnant for too long and provide any Prime Minister with a difficult ‘Scottish question’ immediately.

That election pledge would be the political gamble of her life and only achieving independence will prevent her legacy becoming one of missed opportunity.

Want to hear more from The Scotsman’s politics team? Check out the latest episode of our political podcast, The Steamie.