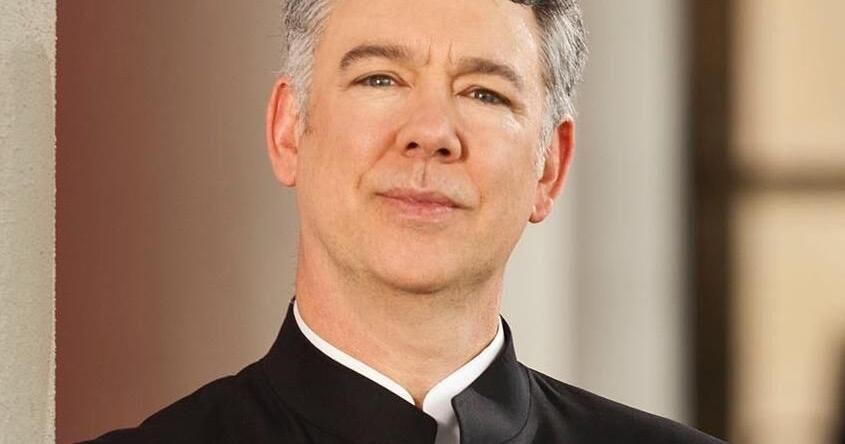 The ancient Roman author Seneca the Younger is credited with the following statement: “Every new beginning comes from some other beginning’s end.” This is certainly true in the case of the Aiken Symphony Orchestra.

This year marks the conclusion of Dr. Donald Portnoy’s impressive tenure as the founding musical director and the beginning of Dr. Scott Weiss’s command of the conductor’s podium. A native of California, Weiss held conducting posts at the University of Kansas and the Indiana University Jacobs School of Music before coming to the University of South Carolina in Columbia, where he is the director of orchestras. In addition to being a frequent guest conductor around the world, Weiss is also a recording artist with CDs on the Naxos and Summit labels.

The ASO, under new leadership, is looking forward to a new season that builds upon the solid foundation provided by Portnoy and takes advantage of the prodigious talents of its new musical director Weiss.

The Masterworks season begins on Sept. 10 with a concert billed as “Pictures at an Exhibition.” While the orchestra’s performance of this Mussorgsky classic scored by Maurice Ravel is sure to be a showstopper, there is another work that will bring audience members to their feet: George Gershwin’s “Piano Concerto in F,” particularly since gracing the keyboard will be soloist Nathan Lee, winner of the 2016 Young Artists International Auditions.

The Oct. 14 concert is dominated by two works inspired by Felix Mendelssohn’s Scottish sojourn in 1829, but I am most looking forward to the ASO’s rendering of the third violin concerto by Camille Saint-Saens, featuring Korean violinist SooBeen Lee.

The Masterworks series continues in the new year with a matinee performance on February 12, featuring three “Romantic masterpieces.” In addition to the third symphony by Brahms and the “Oberon Overture” by Carl Maria von Weber, the concert will showcase the one and only cello concerto by French composer Edouard Lalo, a staple for cellists since its 1878 premiere. Danish-American cellist Jonathan Swensen will be the third young instrumental virtuoso to grace the Etherredge Center stage in the upcoming season.

April 22 marks the fourth and final Masterworks concert of 2022-23. Two major Beethoven works will be featured. Along with the third symphony subtitled “Eroica,” the ASO will perform the fourth piano concerto with Phillip Bush at the keyboard. A longtime advocate of contemporary music, Bush is on the faculty of the University of South Carolina in Columbia.

The two concerts in the chamber series include what has become an Aiken seasonal favorite, Handel’s “Messiah” at St. Mary Help of Christians Catholic Church on Nov. 29, and a program billed as “Winter in Vienna” on Jan. 15. The latter concert will include Joseph Haydn’s “Oxford Symphony” and Mozart’s “Jupiter Symphony.” Both Haydn and Mozart spent significant portions of their adult careers in Austria’s capital.

The two pop concerts for 2022-23 include the orchestra’s annual “Home for the Holidays” program on Dec. 11 with selections from Tchaikovsky’s “Nutcracker” danced by members of the Aiken Civic Ballet and a special May 14 program entitled “How High the Moon,” featuring Broadway and jazz artist Aisha de Haas, who will be singing key tunes from “The Great American Songbook.”