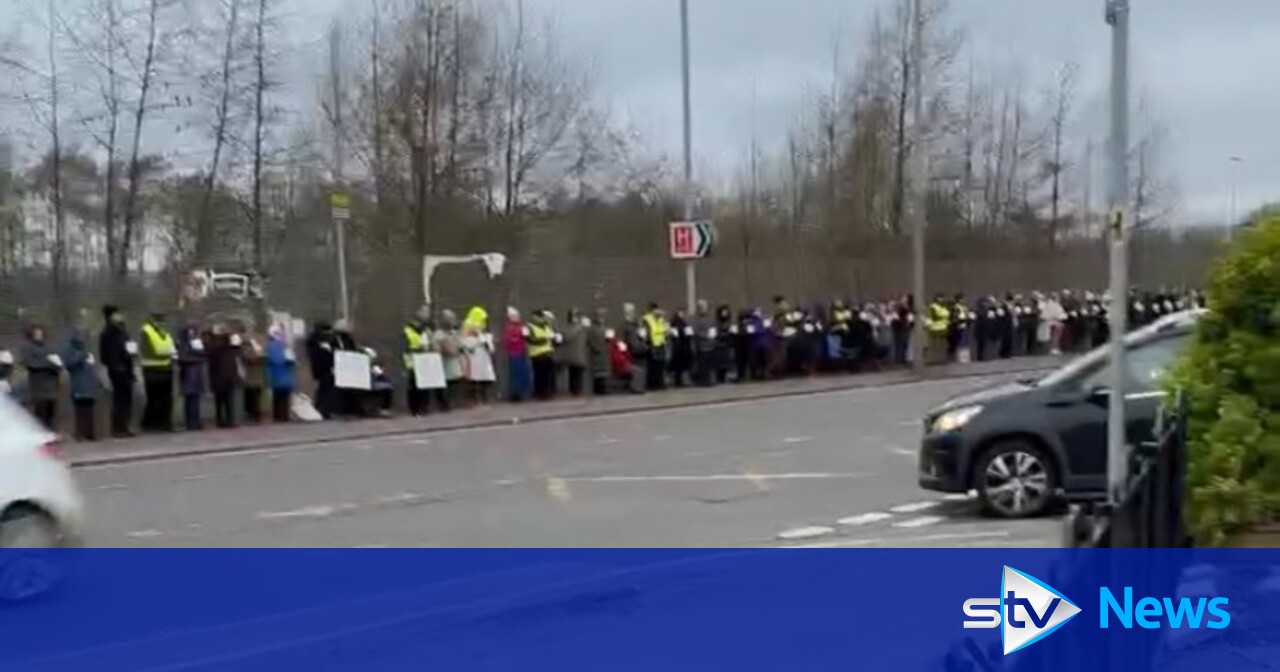 A professional-choice marketing campaign group has known as on the ladies’s well being minister to resign after dozens of anti-abortion protesters gathered exterior a Glasgow hospital on Sunday.

Around 100 pro-life campaigners from the 40 Days for Life group gathered on Hardgate Road exterior Queen Elizabeth University Hospital, which faces the maternity unit on the hospital.

The group has been holding 40 days of ‘vigils’ exterior the hospital, beginning on March 2 and culminating on Sunday.

Pro-choice organisation Back Off Scotland slammed the group’s resolution to protest exterior the hospital, including that girls’s well being minister Maree Todd ought to resign over her “lack of action” in tackling anti-choice protestors.

The group tweeted on Sunday: “The women’s health minister @MareeToddMSP needs to resign – this is happening unchallenged on her watch.”

Back Off Scotland have been calling for 150m buffer zones to be put in round clinics that present abortion providers to guard girls from intimidation from protestors.

Lucy Grieve, co-founder of Back Off Scotland, mentioned: “Since our campaign started in October 2020, we’ve seen multiple commitments to buffer zones in manifestos, the Women’s Health Plan, the Programme for Government, and within the Scottish Parliament chamber.

“Despite repeated calls and cross-party support, the women’s health minister has provided no statement or solution and has taken no responsibility despite this issue affecting 70% of Scottish women who live in health board areas where anti-choice protestors frequent.

“This is real, tangible, and documented harassment and intimidation that is causing untold harm. We’ve heard numerous stories about the lasting impact that exposure to these protests has for women at their most vulnerable point when seeking these services.

“The women’s health minister’s lack of action and outrage over this matter calls into question her suitability to the women’s health portfolio. She needs to take swift action to introduce universal buffer zones around clinics to protect those accessing these services now.”

Police Scotland mentioned it had not been made conscious of any points following the protest on Sunday.

STV has contacted 40 Days for Life and Maree Todd MSP for remark.