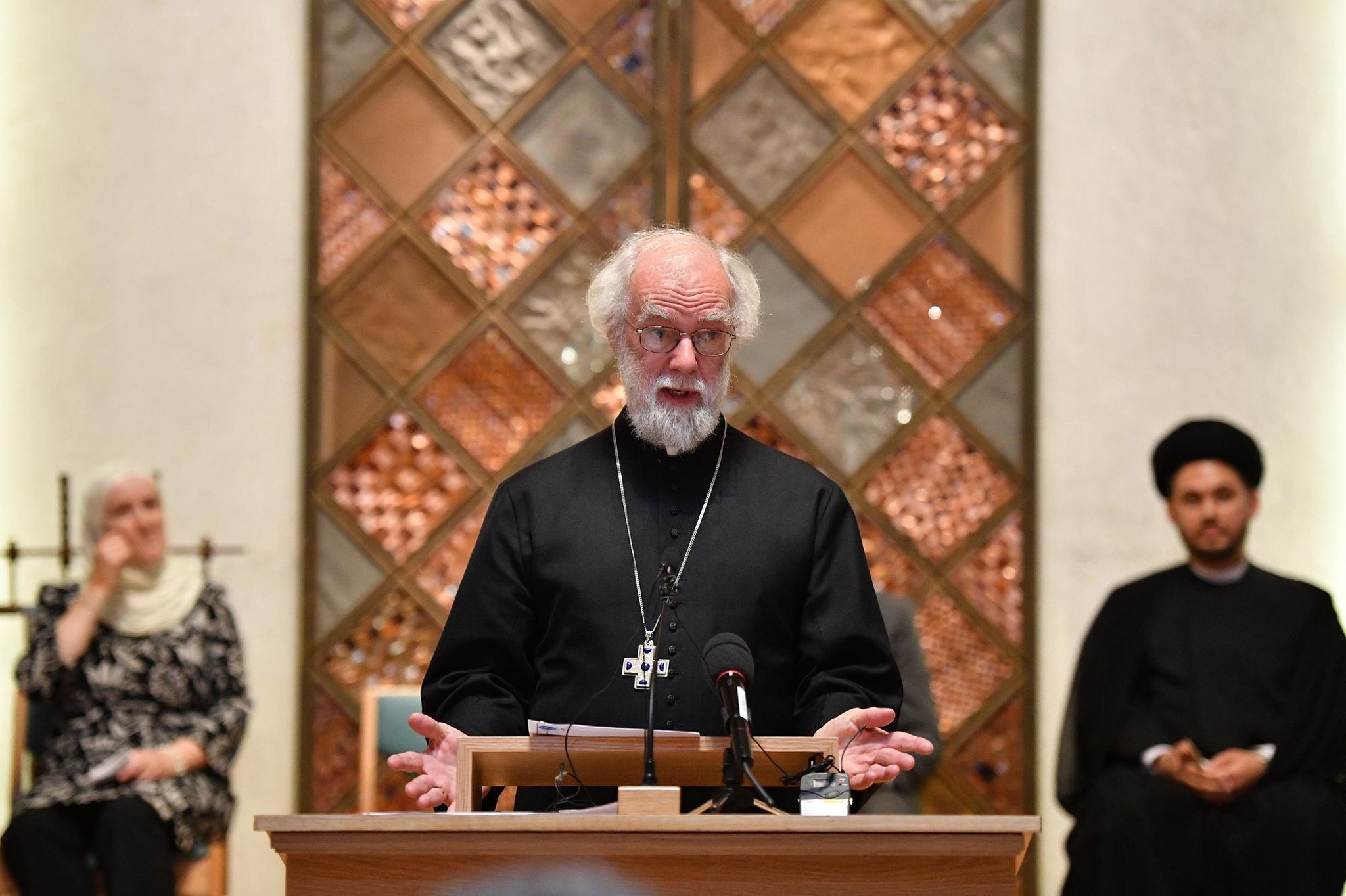 The convention, which was organised by Ban the Political Use of Religion International (BPUR), along with the National Human Rights Council of Morocco and Moroccan civil society organisations, noticed greater than 100 main legislative sponsors, officers, diplomats, non secular dignitaries and civil society leaders from world wide meet in Rabat to coordinate their efforts to construct a worldwide consensus on setting worldwide guidelines to ban all political abuses of faith.

Lord Rowan Williams, the previous Archbishop of Canterbury, informed the convention that the initiative was “undoubtedly and perhaps unprecedentedly necessary at this time. It seeks religious freedom in every possible sense of these words. It seeks to release the capacity of religion and the deepest kinds of political liberty we can imagine.”

Lord Williams was joined by the Most Reverend Professor Malkhaz Songulashvili of Georgia, Ayatollah Sayed Radi Abu Raghef of Iraq, and Ephraim Isaac, president of the Institute of Semitic Studies.

BPUR’s founder and secretary basic, Salam Sarhan, stated that the plan was to “enact an international treaty at the United Nations which will set out clear rules to prohibit all forms of discrimination, religious exclusion, and all political uses of religion that undermine equality and freedom of belief and worship”.

“The simple terms of our proposed treaty will comprehensively apply to all violations without any clashes with religious beliefs. No responsible government can refuse such fundamental fair rules,” he stated. “We believe that this non-confrontational approach will build a global consensus and help the international community deal with current and future conflict.”

He described support for “this ground-breaking initiative” as “phenomenal” with legislative sponsors in countries like Bangladesh, the United Arab Emirates, Austria, Italy, South Africa, Morocco and many others “now discussing our draft treaty at the highest levels of government”.

Egyptian business leader and philanthropist Naguib Sawiris made the point that it was a “shocking fact that despite all international laws, religion is still used all over the world to ignite conflicts and violate basic human rights”. The proposed treaty, he said, was “the ideal tool to eliminate the root cause of all those violations”.

The delegates unanimously endorsed ‘The Rabat Declaration’ at the conclusion of the conference which underlined their commitment to recognise and uphold the values of faith and religion while seeking to prevent fierce political and economic interests from manipulating religious teachings to serve harmful agendas.

Supporters of BPUR emphasised that they had no desire to separate religion and politics. Indeed, they believed such a separation was not only irrelevant it was also impossible, even in most Western countries, let alone other parts of the world.

The real target was to stop the political abuse of religion and all religious discrimination, with delegates stating that they had the utmost respect for human rights and democratic values that have been and remain the fundamental anchor for moderation, equality and coexistence.

It was felt that the BPUR approach introduced clear, simple, and indisputable rules that would ban all political uses and abuses of religion that undermine human equality, all religious discrimination, all religious exclusion and all restrictions to freedom of religion and belief. These proposals were clearly outlined in articles in the draft treaty.

Speaker after speaker at the conference reiterated that while one of the main messages of all religions is to be kind to one another, unfortunately, religion has very often been weaponised.

Too often the abusive mixing of religion and politics has been the main root cause of the worst conflicts. Attempts to resolve these conflicts have often backfired, giving ammunition to the extremists and acting as a recruiting sergeant for terrorists.

By bestowing the utmost respect for all religions and demonstrating a profound understanding of all sensitivities surrounding this minefield, it was felt that BPUR had shown how to build a global and respectful consensus for a proposed international treaty.

BPUR’s legislative sponsor in Morocco, Touriya Lahrech, declared that the conference had been “a major step to set clear international standards to protect human rights from all forms of extremism”. She added that the support of many prominent religious leaders showed that the proposed treaty was the best way to protect the sanctity of all religions and ensure more transparency for politics.

Other Moroccan BPUR representatives expressed the hope that their country would help lead the world towards building a global consensus on how to prevent the abuse of religions by those seeking to violate human rights.

The delegates left Rabat determined to secure governmental adoption to table the proposed treaty at the UN General Assembly. It was agreed that the treaty will certainly transform the lives of billions by eliminating a long list of violations of human rights, enhancing stability and opening the doors for sustainable development.

It was the conclusion of two days in Rabat that could change the world.