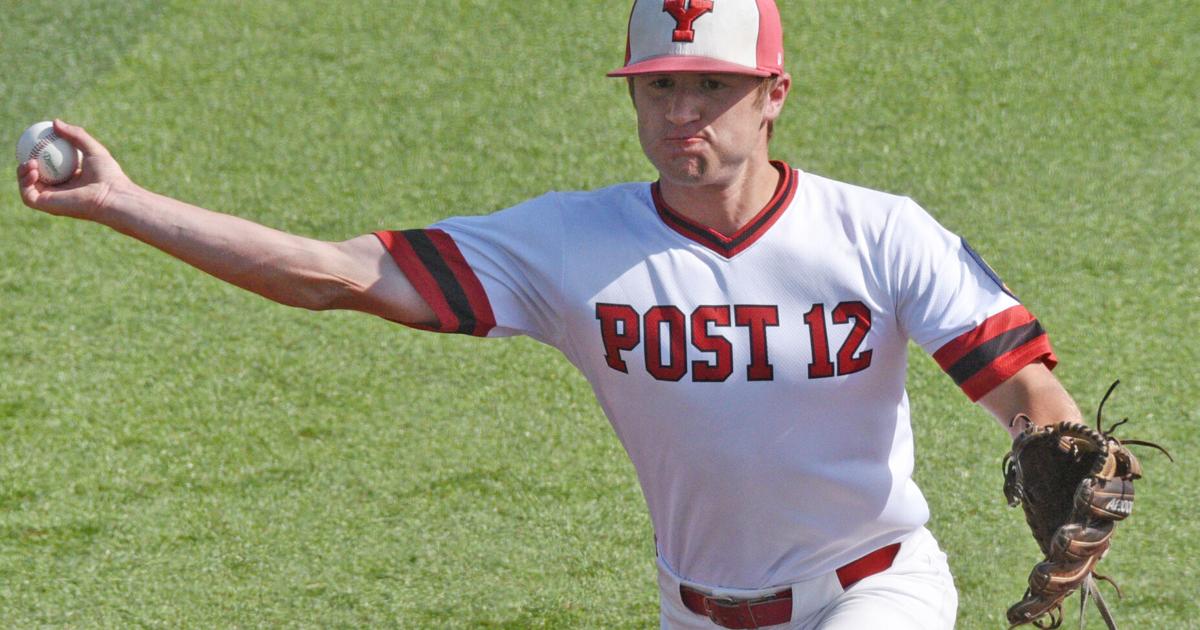 Rugby Ryken had two hits and two RBI for Yankton in the 4-0 opening victory. Gokie, Cody Oswald and Drew Ryken each had two hits. Lucas Kampshoff added a hit in the victory.

Gokie struck out five and walked none in the victory. Wyatt Hermsen took the loss, striking out three.

Renner bounced back to win the nightcap, also by a 4-0 margin. The Royals took control with a three-run fifth inning.

Kyle Konechne had two hits and two RBI for Renner. Preston Konechne, Hermsen and Charlie Hueners each had a hit in the victory.

Gokie and Landen Loecker each had a hit for Yankton.

Yankton, 17-6, heads west next, playing at Spearfish on Monday and at Rapid City Post 22 on Tuesday.

VERMILLION — Vermillion scored twice each in the sixth and seventh innings, and once in the eighth, to rally to a 6-5 victory over Elk Point-Jefferson in American Legion baseball action on Thursday at Prentis Park.

Charlie Ward went 3-for-4 with a double for Vermillion. Connor Saunders had a double and two RBI. Willis Robertson and Carter Mart each had a hit in the victory.

Robertson got the final four outs, striking out three, for the win. Ben Burbach started for Vermillion, striking out nine in 6 2/3 innings of work. Swatek went the distance for EPJ, striking out four.

Vermillion, 7-5, hosts Garretson and Madison in a triangular on Saturday. EPJ faces Webster and Flandreau on Saturday in Sioux Falls.

BERESFORD — Lennox scored twice in the seventh to outlast Beresford-Alcester-Hudson 3-1 in 14-under baseball action on Thursday.

Evan Haak had two hits for B-AH. Tommy Walth had the other hit.

B-AH, 4-4, travels to Centerville on Saturday.

ELK POINT — Canton surged past Elk Point-Jefferson 13-7 in 14-under baseball action on Thursday.

Five different pitchers worked for EPJ. Rigg struck out four in his three innings of work. Connors and Havermann each struck out three on the night.

EPJ travels to Lennox on Sunday.