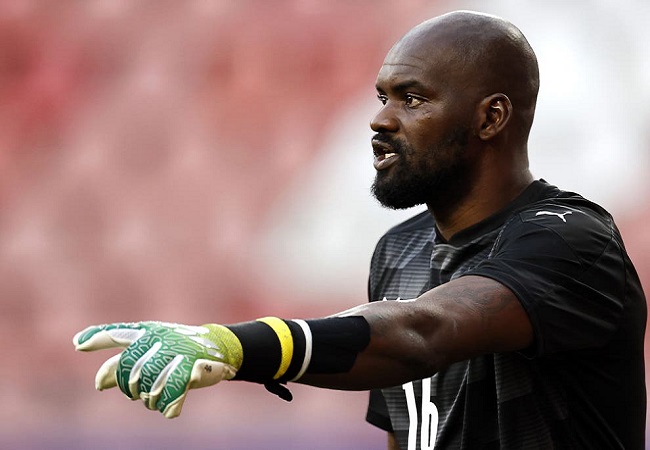 Ivory Coast’s Africa Cup of Nations (AFCON) hopes have been dealt a potentially damaging blow with their No. 1 goalkeeper Sylvain Gbohouo banned by FIFA for an alleged doping violation after testing positive for trimetazidine.

The Elephant first-choice stopper Gbohouo’s suspension was confirmed by the Ivorian Football Federation on the eve of their tournament opener against Equatorial Guinea in their opening group game in the Cameroonian city of Douala on Wednesday.

“Fifa can confirm that its Disciplinary Committee has provisionally suspended Sylvain Gbohouo on the grounds of doping.” A spokesperson for football’s world governing body told AFP.

The 33-year-old started all six matches in the group stage of African qualifying for this year’s World Cup, including most recently a decisive 1-0 defeat in Cameroon in November.

He was their first-choice goalkeeper at the 2019 Cup of Nations and appeared in every game bar the final when the Ivory Coast won the continental title in 2015.

“He tested positive after the game here two months ago and we appealed immediately.” Said Ivory Coast’s French coach, Patrice Beaumelle, at a press conference in Douala.

Beaumelle revealed he had asked Gbohouo to see an optician because he was struggling to deal with long balls, and that the goalkeeper was then prescribed treatment.

“That was the end of it, but then he tested positive in November, although they didn’t find what medication caused it.

“We all support him. He has been training on his own, has not been sleeping or eating and has lost weight.

“We were hoping for a positive outcome. But I discovered last night that Fifa were upholding the ban. And that we have 20 days to appeal, which we have done.”