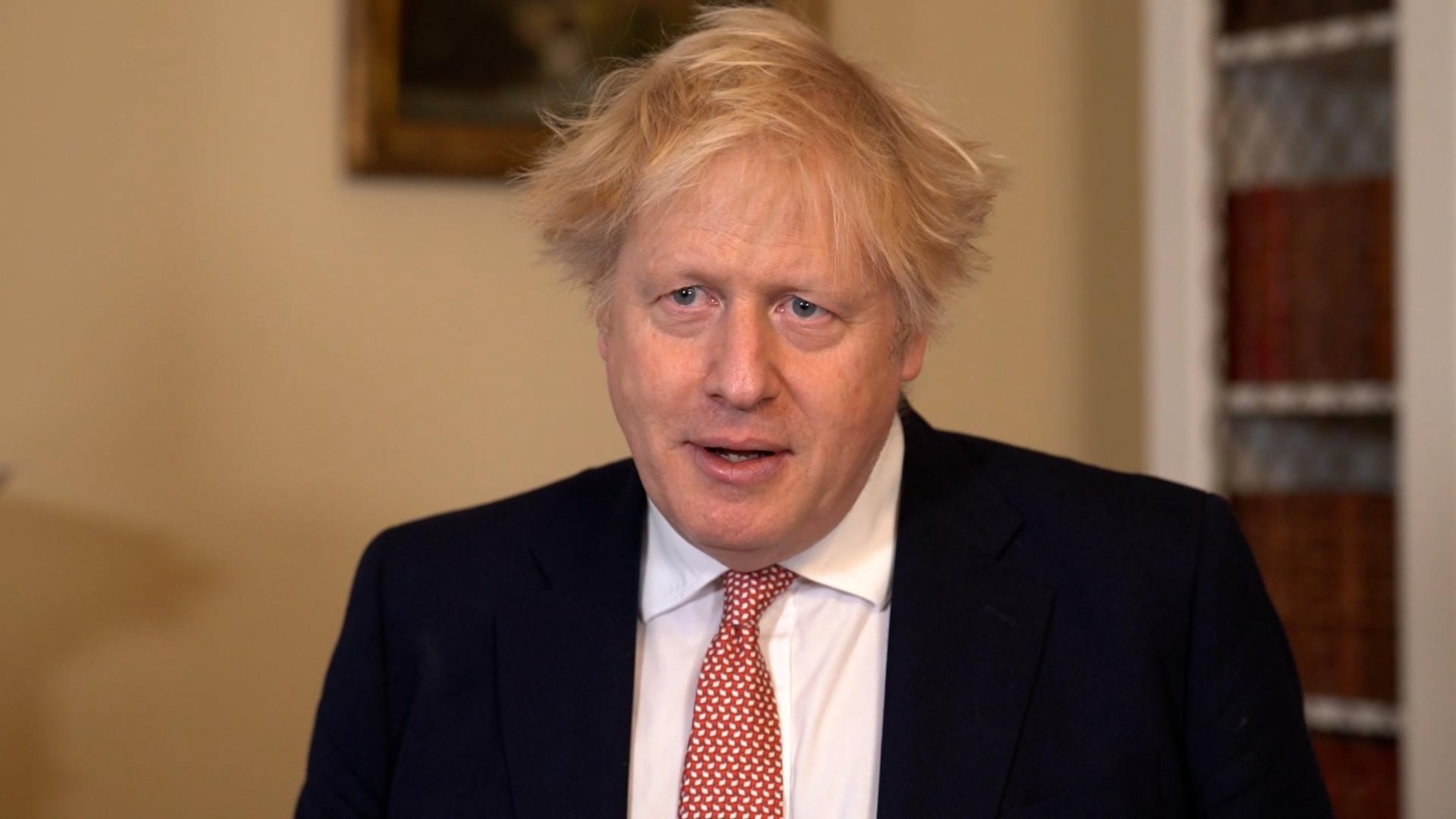 The Prime Minister warned Vladimir Putin appears set on “overrunning” Ukraine and “establishing the pretext for a full scale offensive”.

He said: “By denying Ukraine’s legitimacy as a state – and presenting its very existence as a mortal threat to Russia – Putin is establishing the pretext for a full scale offensive. “Hon Members will struggle to contemplate how, in the year 2022, a national leader might calmly and deliberately plot the destruction of a peaceful neighbour, yet the evidence of his own words suggests that is exactly what Putin is doing.

“When I said on Saturday that his scheme to subvert and invade Ukraine was already in motion before our eyes, the events of the last 24 hours have, alas, shown this to be true.

“We must now brace ourselves for the next possible stages of Putin’s plan: the violent subversion of areas of eastern Ukraine by Russian operatives and their hirelings, followed by a general offensive by the nearly 200,000 Russian troops gathered on the frontiers, at peak readiness to attack.

“If the worst happens, then a European nation of 44 million men, women and children would become the target of a full scale war of aggression, waged without a shred of justification, for the absurd – even mystical – reasons that Putin described last night.”

The Prime Minister said the sanctions were just a “first tranche”, with further sanctions at the ready.

Mr Johnson also told MPs the UK would work with its allies and not “allow Putin to drag our continent back into a Hobbesian state of nature, where aggression pays and might is right.”

He added: “And it is precisely because the stakes are so high that Putin’s venture in Ukraine must ultimately fail – and be seen to fail.

“That will require the perseverance, unity and resolve of the entire Western alliance, and Britain will do everything possible to ensure this is maintained. And now our thoughts should turn to our valiant Ukrainian friends, who threaten no-one, and ask for nothing except to live in peace and freedom.”

It comes as the German Chancellor Olaf Scholz took the significant step of blocking the certification of the Nord Stream 2 pipeline that would have supplied gas directly from Russia to Germany.

Earlier at an emergency session of the UN Security Council the UK’s ambassador Dame Barbara Woodward claimed an invasion would unleash “the forces of war, death and destruction” on the people of Ukraine.

Dame Barbara added: “The humanitarian impact will be terrible on civilians fleeing the fighting. We know that women and children will suffer most.

“Russia has brought us to the brink. We urge Russia to step back.”

On Monday night the Ukrainian President Volodymyr Zelensky told his nation “we are not afraid of anyone”.

The European Union and United States were also imposing sanctions in response to the crisis.