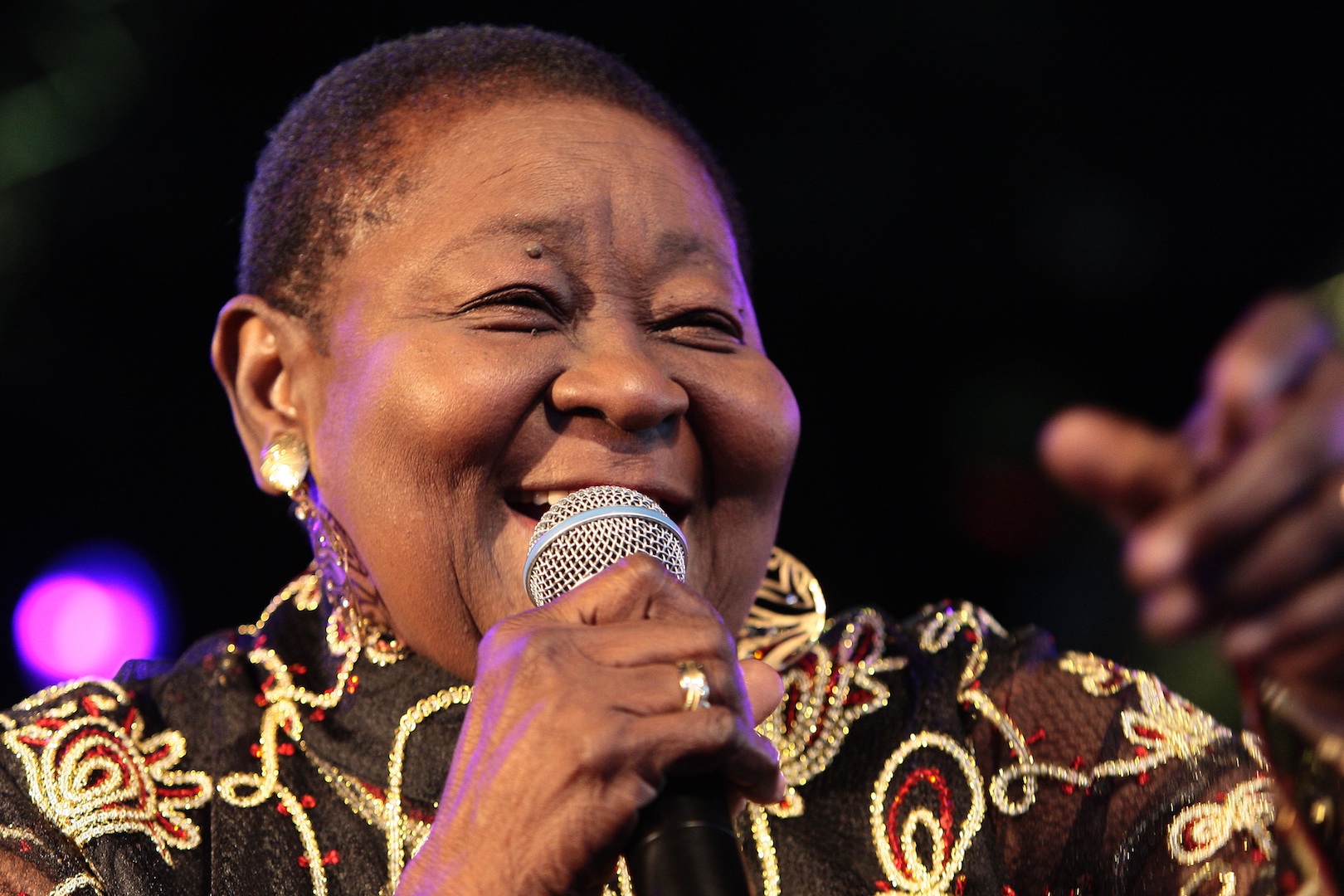 The Calypso Queen of the world, Calypso Rose, is canceling her tour this summer, citing the novel coronavirus pandemic and her health situation as the reason for the cancellation.   The 81-year-old veteran made the announcement on social media on Wednesday.

“My dear friends, it is with great sadness that I have to cancel my tour dates this summer. The virus and my health situation will not allow me to come to France. But I’ll be back this Spring with new songs, and I hope you will love them,” she wrote.

Born Linda McCartha Monica Sandy-Lewis in a small village of Tobago, Rose is regarded as the “mother of calypso” and was the first major female star in the musical genre.

She was the first woman to win the Road March title, a feat she repeated in 1978 with “Her Majesty” and “I Thank Thee” when she added the Calypso King title to her achievements, forcing the change to Calypso Monarch for the previously male-dominated competition.

Rose’s contribution to calypso has paved the way for women in the genre today.

She has written more than 800 songs and is known for infusing her music with messages about domestic violence, equality, as well as politics and social justice. Her music influenced civil laws in the Caribbean.

Her song “No Madam” caused the government of Trinidad and Tobago to implement a minimum wage for civil servants. There were other songs like “The Boat is Rocking,” which signified a time in which there was a critical local election occurring.

Her album “Far From Home” exemplifies the narrative of social and political injustice like her song “I Am African,” which is about the black diaspora.

She wrote her first song, “Glass Thief,” when she was 15 years old after seeing a man steal a pair of glasses from a woman.

She was also awarded the Order of the Republic of T&T, the country’s highest honor.

In 2019, Rose performed at Coachella, marking the first time a calypso performer played a full set at the festival. At the age of 78, she became the festival’s oldest performer to date.