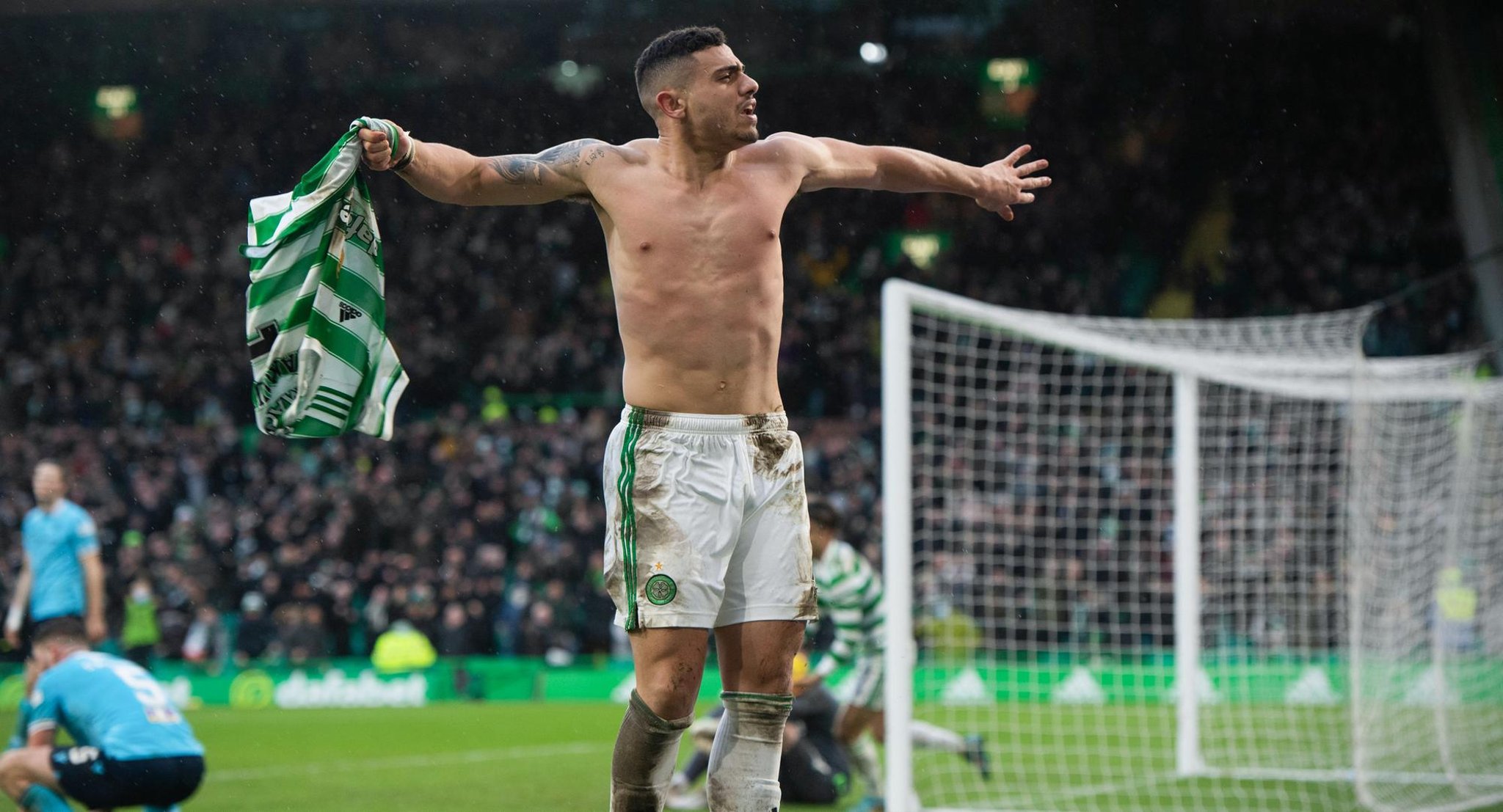 In the wake of scoring three goals against Dundee, Giakoumakis said that Celtic are superior in every department and will end up as champions,

However, Laudrup does not think Postecoglou will appreciate the comments and reckons the Australian will have been irked more than the Rangers players.

Laudrup wrote in his Daily Mail column: “I wonder who was more annoyed by the comments from Giorgos Giakoumakis on Sunday?

“The Rangers players or Ange Postecoglou? Confidence is a good thing. And Giakoumakis was clearly on a high after scoring a hat-trick in yet another vital victory for Celtic.

“But to then say they will win the league? And that it’s ‘obvious’ Celtic are the better team? I’m not sure that was the smartest thing for Giakoumakis to do when the title race is still tight.

“Yes, Celtic have a three-point advantage and all the momentum. They are in pole position right now, while Rangers have issues to solve around their away form and the low impact of their January signings.

“Even so, a firm prediction about ending up on top is not the kind of talk you hear from Postecoglou.

“I’ve been impressed by the demeanour of the Parkhead manager. He is clear about what he wants, while staying measured and respectful. He doesn’t seem big on provocations or mind games. He wants to concentrate only on getting the best out of his own players.

“I might be wrong, but I don’t think he would have enjoyed seeing Giakoumakis create those headlines.

“They will have been noted at Ibrox. That’s certain. If you asked most Rangers players, I’m sure they would say publicly that they weren’t interested and were thinking only of their own team. The usual stuff. But it will be different inside the dressing room.

“I can recall many times in my days at Rangers, before cup finals or Old Firm games, when Archie Knox would come in and point out what this guy or that guy had said.

“He would put it on the wall so we could see it throughout the week and then go out and show them exactly what we were about.

“It’s definitely something a management team can use.

“Even these days. I’d be surprised if Giovanni van Bronckhorst and his staff didn’t call on it at some point. It’s part and parcel of the game.

“Of course, that won’t matter if Celtic keep winning and Giakoumakis keeps scoring. But if those things don’t happen, and Rangers can rediscover consistency, the Greek striker might wish he’d picked his words more carefully.”