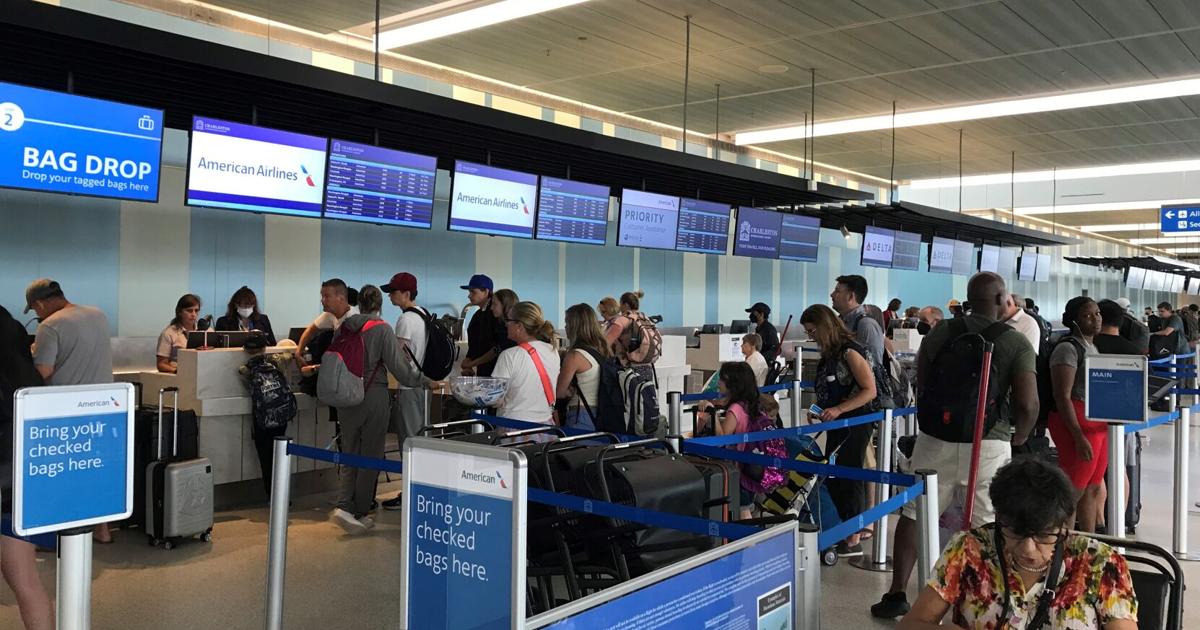 The number of passengers at Charleston International slipped a bit in August, but the airport has seen 1 million more travelers than last year during the first eight months.

After three consecutive months of funneling more than half a million passengers each month through the terminal, the number of ticketholders retreated slightly last month as many family vacations ended and children returned to the classroom.

Last month, nearly 479,000 passengers arrived and departed from the Lowcountry terminal, according to Charleston County Aviation Authority. That’s almost 47,000 less than the record set in July, but it’s 11 percent more than last year in August.

So far this year, Charleston airport has seen 3.5 million travelers. Compared to 2019, the last year before COVID-19 disrupted airline flights around the globe, CHS has picked up more than 239,000 more passengers this year.

Airport officials have predicted the terminal will set a new record this year of more than 5 million passengers. With four months remaining, CHS needs about 374,000 travelers coming and going each month to hit the new milestone. Since March, the airport has been averaging 493,000 per month.

David McMahon, federal security director with the Transportation Security Administration for airports in South Carolina, believes the airport will reach and probably surpass the 5 million passenger goal this year.

“We have seen good success with the new flights being added, so one can only expect that we will see decent numbers for the rest of the year,” McMahon said.

Breeze Airways will add nonstop flights to Las Vegas, Los Angeles and Phoenix in early November, which will help to boost the number of travelers, including during the usually busy, long Thanksgiving holiday weekend.

He expects September’s passenger count to be comparatively down a bit since schools are now back in session without required remote learning and less ability of parents to travel more freely.

“Our numbers are still pretty strong on Sundays, though,” McMahon said.

To help with the increased passenger load, airport officials will dedicate the addition of three new gates on Concourse A on Sept. 22. They are also placing more seats in the waiting areas and plan to add automated curbside check-in stations to alleviate overcrowding at airline ticket counters.