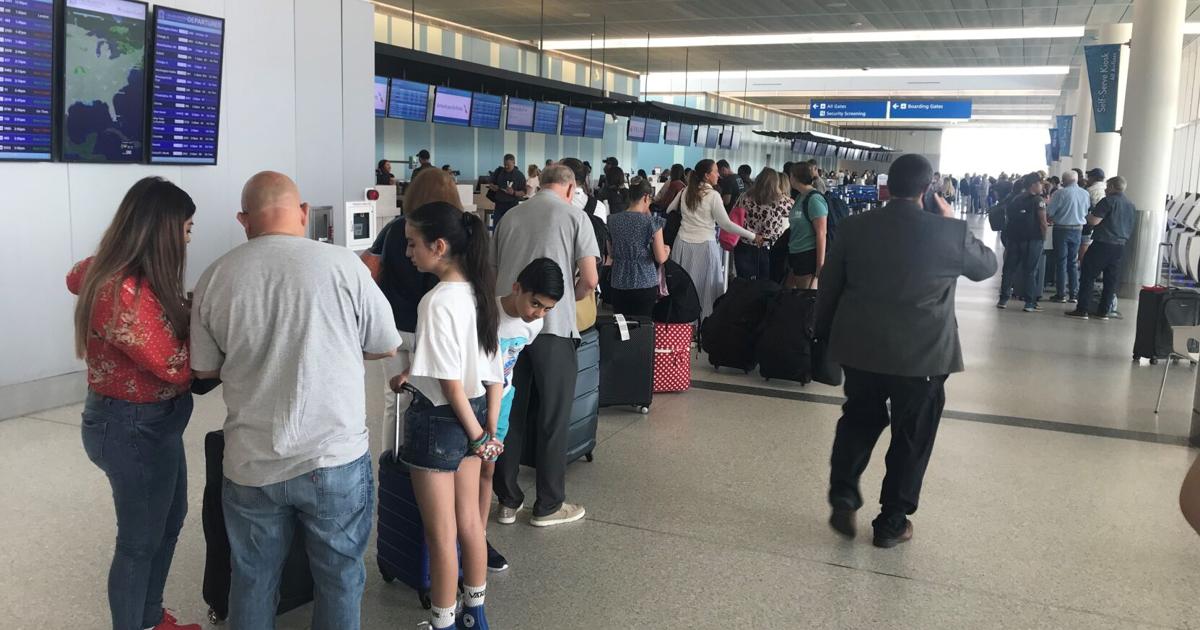 More than 513,000 arrivals and departures passed through the airport, surging past the previous record set last July by nearly 24,000.

The increase in activity came during the first full month without mask-wearing mandates after U.S. airlines and many of the airports they serve dropped their requirements April 18, shortly after a federal judge in Florida struck down the national mandate.

Charleston airport CEO Elliott Summey called the new passenger milestone for one month “a huge accomplishment” made possible by working with existing airlines and recruiting new ones to add new destinations and larger aircraft.

Summey also doesn’t foresee a huge dent in passenger travel as airlines tweak schedules to match flights with their workforce in an ongoing labor crunch. He believes people have the urge to travel after two years of coronavirus-interrupted vacation plans, increasing demand for available flights.

“Right now, it looks like it’s just a little bump in the road,” Summey said.

United recently announced it will cut a half-dozen flights in July between Charleston and Newark Liberty International as part of its trimming of 50 flights a day at the airport in near New York City.

Also, Breeze Airways is curtailing nearly a dozen flights each week from the Lowcountry to six destinations for the rest of the summer, including delaying the launch of a new six-day-a-week nonstop route to Las Vegas by one month until September.

For the year, CHS has seen 1.98 million travelers, or nearly 100,000 more than during the first five months of 2019, the last year before COVID-19 sent air travel into a tailspin.

The latest figures for 2022 show nearly 800,000 more ticket holders passing through Charleston’s terminal than last year during the first five months, when air travel began to tick back up after many venues and events reopened following the introduction of coronavirus vaccines in 2021.

To reach the goal of 5 million arriving and departing travelers this year, the airport will have to see more than 3 million additional passengers by Dec. 31, or about 431,000 a month on average for the rest of the year, an increase of about 5,000 each month compared to the final seven months of 2019.

June’s passenger count and the rest of the summer are projected to be strong in Charleston and add to the airport’s climbing number of ticket holders, according to David McMahon, federal security director with the Transportation Security Administration for South Carolina airports.

“We are seeing over 60,000 each week at the checkpoint, and one week in June we were over 63,000,” McMahon said. “Passenger loads have picked up on Sunday and Monday and Thursday and Friday as well as midweek, which is usually slower.”

About 10,000 travelers a day have gone through the security checkpoint at CHS on Sundays and Mondays recently, and that’s considerably higher than during the slower winter travel months. Also, TSA officers are seeing about 8,000 a day on Tuesdays and Wednesdays, when passenger numbers are usually about 7,000 at this time of year.

McMahon believes the boost in midweek travel will help to offset some of the losses from airline route cutbacks.

The TSA director attributes part of the passenger count increase to the return of business travelers, based on the number of PreCheck ticket holders in the early-morning weekday hours and on Sundays.

“On a daily average, we are seeing about 35 percent PreCheck,” a percentage he said has risen in recent months.

PreCheck is a TSA program that allows passengers to be preapproved to go through the security checkpoint. Travelers who often fly for business purposes, McMahon said, are among the main users of the program.

“I think we are going to see a pretty strong summer,” he said. “The numbers are still consistent, and they have actually gone up slightly.”

He urged ticket holders to get to the airport a couple of hours before their flight is scheduled to depart “for a less-stressful screening experience.”