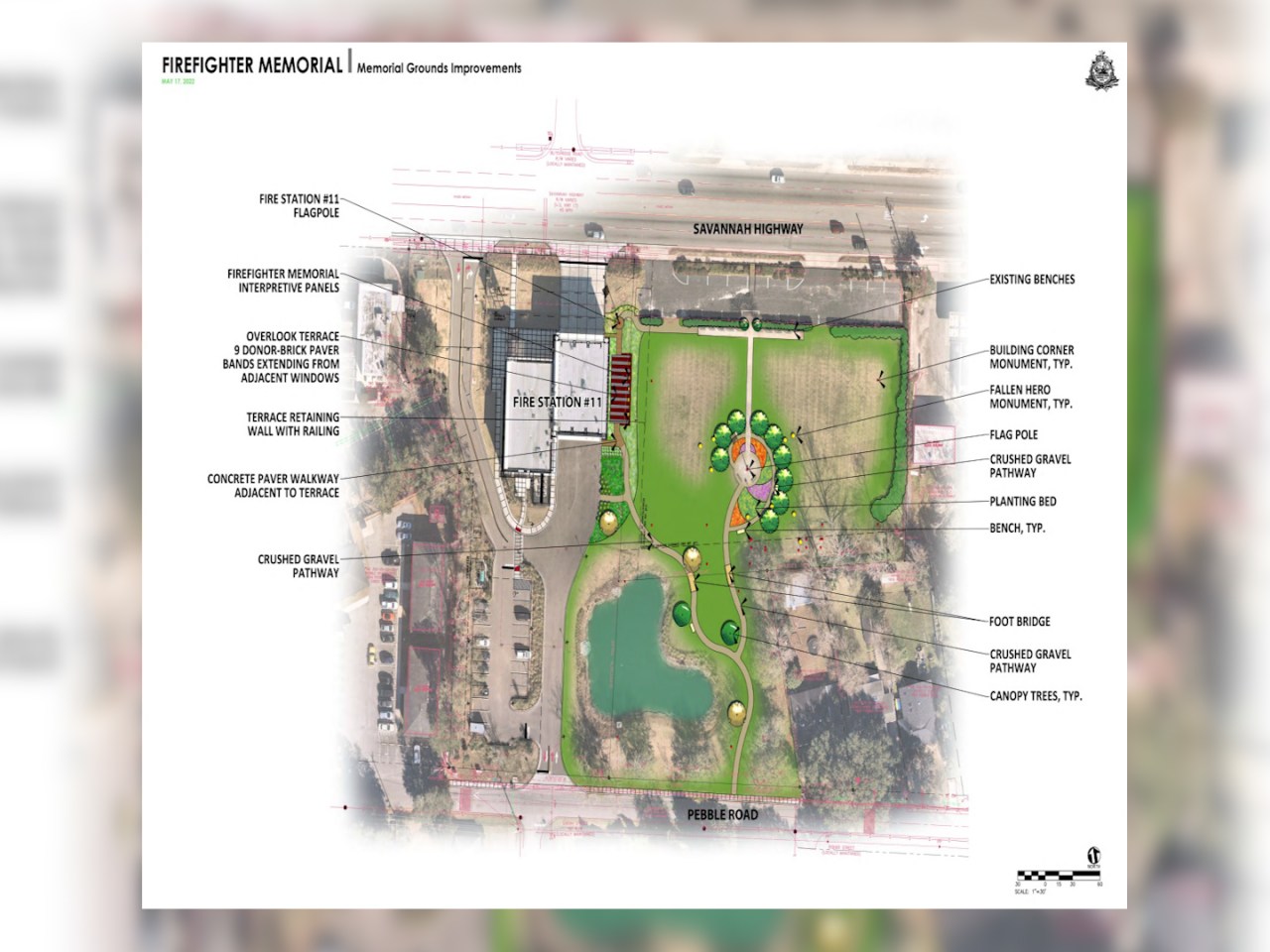 CHARLESTON, S.C. (WCBD) Fifteen years ago, nine Charleston firefighters lost their lives in a sofa superstore fire. It was announced Thursday the memorial made in honor of those nine firefighters will be receiving several new upgrades.

Charleston Nine Memorial Park is receiving improvements to honor the heroes who gave their lives in 2007.

“One of the primary responsibilities we have as a fire department is to make sure that the memories of those nine firefighters are maintained,” Charleston Fire Chief Dan Curia said, “and everybody understands what happened.”

The city released an official rendering of the memorial site Thursday with numerous enhancements.

“The site will open up a little bit,” Jason Kronsberg, director for the Charleston Parks and Capital Projects department, said. “We’ll incorporate the rear of the site into the front of the site. They’ll be more pathways, more trees, more benches, some more flowers and low shrubs.”

One of the most significant additions, an observation platform.

“The fire department can use it as a teaching moment,” Kronsberg said. “They will be interpretation boards up there. You’ll be able to look out over the site. One of the requests was to identify the corners of the building; the original building with some small decorative columns.”

The Charleston Fire Department says the memorial site has also educated new recruits for year, and with the new upgrades, it will continue to do so more effectively.

Organizers say more than anything, they want this improved memorial to commemorate each of the nine brave first responders.

“These nine men are people,” Curia said, and they deserve for their memories to be more than just a name that’s read out one time a year.”

Memorial organizers say when people come to the memorial site, they’ll get a full understanding of how this tragedy changed the city and the country.