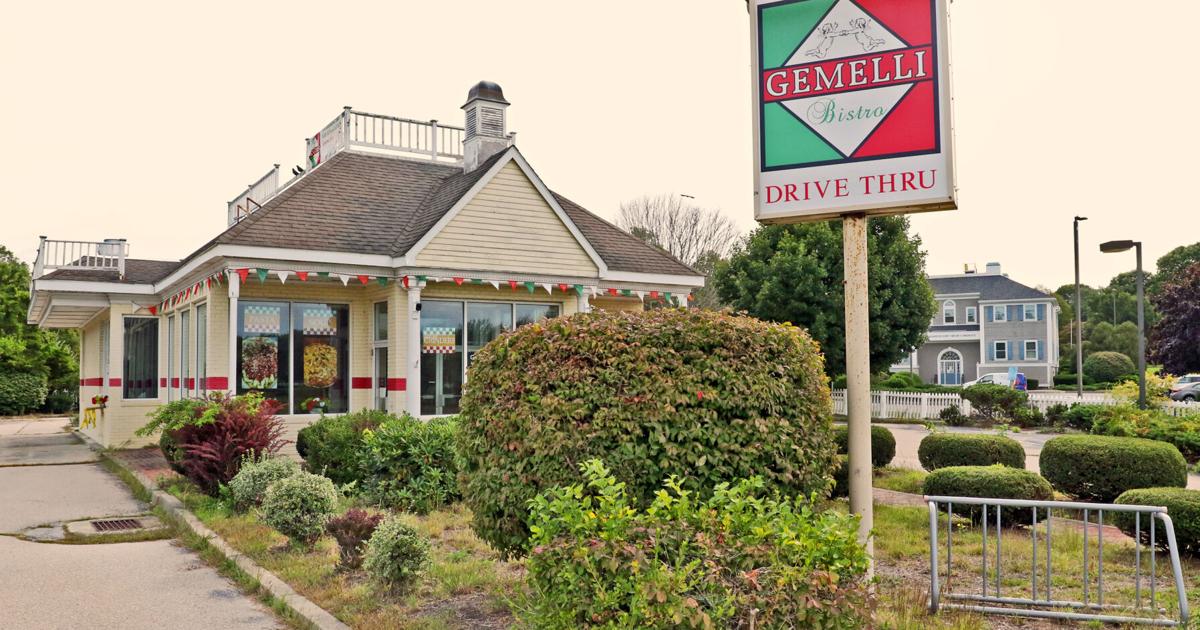 CHARLESTOWN — Nicole Manfredo had some excellent news just lately, a welcome change from the calamities at present decimating the restaurant trade. Gemelli Bistro in Charlestown, which Manfredo and her mom Marilyn Iozzi personal and function, has been acknowledged by the nationwide web site, Love Food, as considered one of America’s greatest drive-thru eating places.

Charlestown Chamber of Commerce Executive Director Heather Paliotta mentioned she was thrilled to listen to that Gemelli Bistro had been acknowledged.

“If anyone deserves it, it’s Nicole,” she mentioned. “She’s hung in for four years through thick and thin and she’s made it, and I’m so proud of her.”

Manfredo, who moved to Charlestown in 2006, is the single mother of twin eight-year-old girls, for whom Gemelli, which means “twins” in Italian, is named.

Manfredo and her mother opened Gemelli Bistro in 2017, serving made-from-scratch Italian food in a drive-thru restaurant at the site of the former Tim Horton’s on Falcone Lane, located off Route 1. The former coffee shop had been abandoned for six years and needed major upgrades, including new plumbing and wiring.

“When Tim Horton’s filed for bankruptcy, they got out of Dodge and just left,” she mentioned. “They didn’t drain the pipes. They didn’t clean the place, so…we inherited a mess. A good portion of our working capital to get us through the first two years kind of went before we even opened.”

Now in its fourth year, the business was just hitting its stride when the pandemic struck.

“We thought this was going to be our year,” Manfredo said. “We made it through the first two years, which are the hardest, and then we really thought that we’d start growth in year three. It was promising. We were like ‘great. We’re on the right path.’ And then right in the middle of year four, we get hit with the COVID and we were just ‘are you kidding?’”

Restaurants were severely impacted, many of them closing permanently, but Gemelli Bistro had a big advantage: it was already a drive-thru, so the family, including Manfredo’s handyman father Anthony, only had to make a few changes to comply with the new state regulations. Manfredo does the cooking and her mother passes the food orders to customers through the drive-up window.

“I think we have an ideal model, because it’s pretty much 100% contactless,” Manfredo said. “But I think a lot of Rhode Islanders were not coming out March and April.”

The first two months of the shutdown were tough, with most of Gemelli Bistro’s business coming from residents of neighboring states.

“Our main support was from Connecticut, New York, Massachusetts that were coming here, I think, to quarantine,” she said. “I think they were leaving their hot spots. They were pretty much stocking up their refrigerators and freezers … A lot of people just hunkered down, but the ones that did venture out was what kept us alive.”

Things have improved in the past few months but there have been glitches. Some of those fleeing the coronavirus in other states were less than receptive when they were asked to wear masks when they came to pick up their food.

“We had lot that pushback from customers,” Manfredo said. “We had a lot of tension and anxiety and arguing, and we just had to stand our ground because we knew we were doing the right thing. They didn’t want to wear masks.”

Like most small businesses, Gemelli Bistro doesn’t have an advertising budget, and customers usually hear about the food from their friends. Next to the coronavirus, the biggest challenge, Manfredo said, has been trying to dispel the image of drive-thru service as selling only junk food.

“I think they think it’s junk, like fast food, and we try to do the opposite of that,” she said. “We want to be able to have good, high quality ingredients, fresh, homemade family recipes, but have the convenience of a McDonald’s, of a Wendy’s, of a Taco Bell, but something that feels more like home. That culture of the drive-thru, it’s hard to break through that stigma.”

Manfredo said she hoped to have enough business to remain open through the winter.

“Now, the robust half is to see how the winter’s going to go,” she said. “If this pandemic surges once more, that is going to be an issue. I do not assume we’ll make it via the winter. We’ll see. We simply take it day-to-day.”

Gemelli Bistro is open six days a week, closed on Sundays. The menu is on the restaurant’s Facebook page, https://www.fb.com/GemelliBistro/, and clients are inspired to name of their orders and pay prematurely for contactless service.