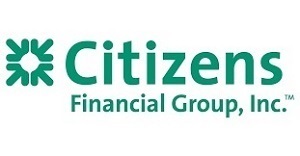 PROVIDENCE – Citizens Financial Group Inc. is going green under a new agreement to buy the equivalent of 100% of its energy needs from a Kansas wind farm.

Under the power purchase agreement announced on Tuesday between the parent company for Citizens Bank and renewable energy developer Orsted A/S, Citizens will buy renewable energy credits from the Sunflower Wind Project in Marion County, Kansas. The 200-megawatt wind farm began construction in 2022 and is expected to be operational by 2023, providing enough electricity to power 96,000 homes per year.

The 25.8-megawatt share that Citizens is buying through energy credits is enough to power the company’s entire operational footprint, which includes 70 branches in Rhode Island and its 123-acre corporate campus in Johnston, according to PBN’s 2022 Book of Lists.

Citizens in a statement said the agreement is the latest in its ongoing sustainability strategy, which also includes financing for renewable energy projects, reducing greenhouse gas emissions and companywide education, as outlined in its 2021 corporate responsibility report.

Orsted A/S is also the co-developer of several area offshore wind farms, including the Revolution Wind Farm off the coast of Block Island, which will provide 400 megawatts of power to Rhode Island.

Nancy Lavin is a PBN staff writer. Contact her at Lavin@PBN.com.