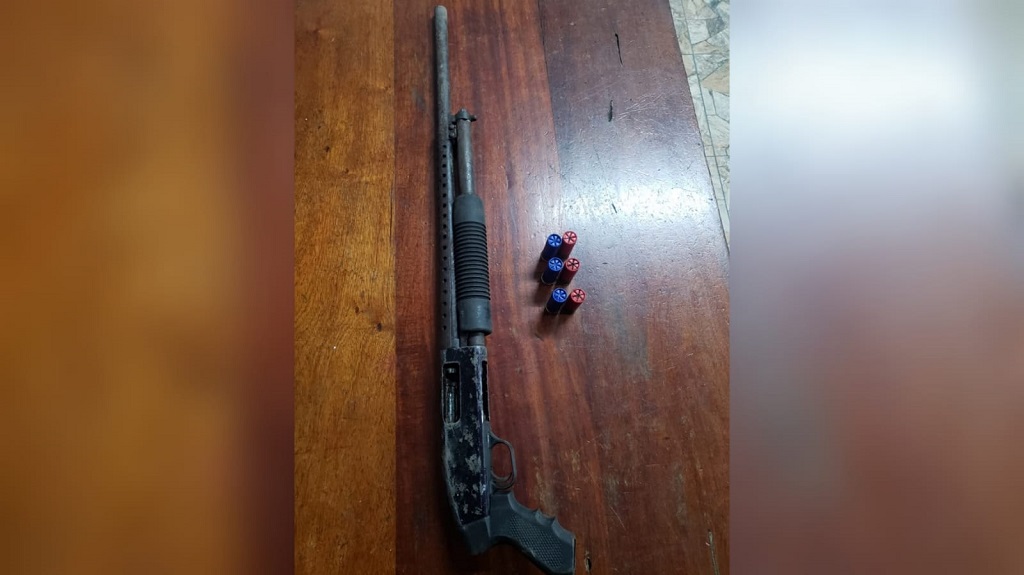 Having stepped up their operational activities in and around the Gregory Park community in St Catherine, members of the security forces seized a shotgun in the wee hours of Tuesday morning.

The weapon — a Remington shotgun along with six 12-gauge cartridges — was seized in the Walkers Avenue area just after 1:00 am.

No one was arrested in connection with the find, but the police say investigations are continuing.

“The operational activities will continue throughout the Yuletide season as we seek to restore order to Gregory Park and surrounding communities,” said Superintendent of Police Hopton Nicholson, operations officer for the St Catherine South Police Division.

“We appeal to law-abiding citizens to cooperate with members of the security forces despite minor inconveniences some may experience during the increased operational activities in the area.” he urged.

A curfew, which has been in effect in sections of Gregory Park since Saturday, December 18 and should’ve ended on December 20, was on Monday extended until 6:00 pm Wednesday, December 22.

A usually reliable source told Loop News that the curfew was imposed after the headless body of an unidentified man was found in an area of the community known as Mexico on Saturday.

The boundaries of the curfew remain as follows:

North: Along the Dyke Road about 1,759 metres from the round-a-bout to the intersection of the Portmore Villa Boulevard and Dyke Road.

East: Along Dyke Road about 695 metres from the intersection of Portmore Villa Boulevard to the train line.

West: Along the Municipal Boulevard about 1,322 metres from the intersection of the train line to the round-a-bout.

During the hours of the curfew, everyone within its boundaries are required to remain within their premises unless otherwise authorised in writing by the ground commander.