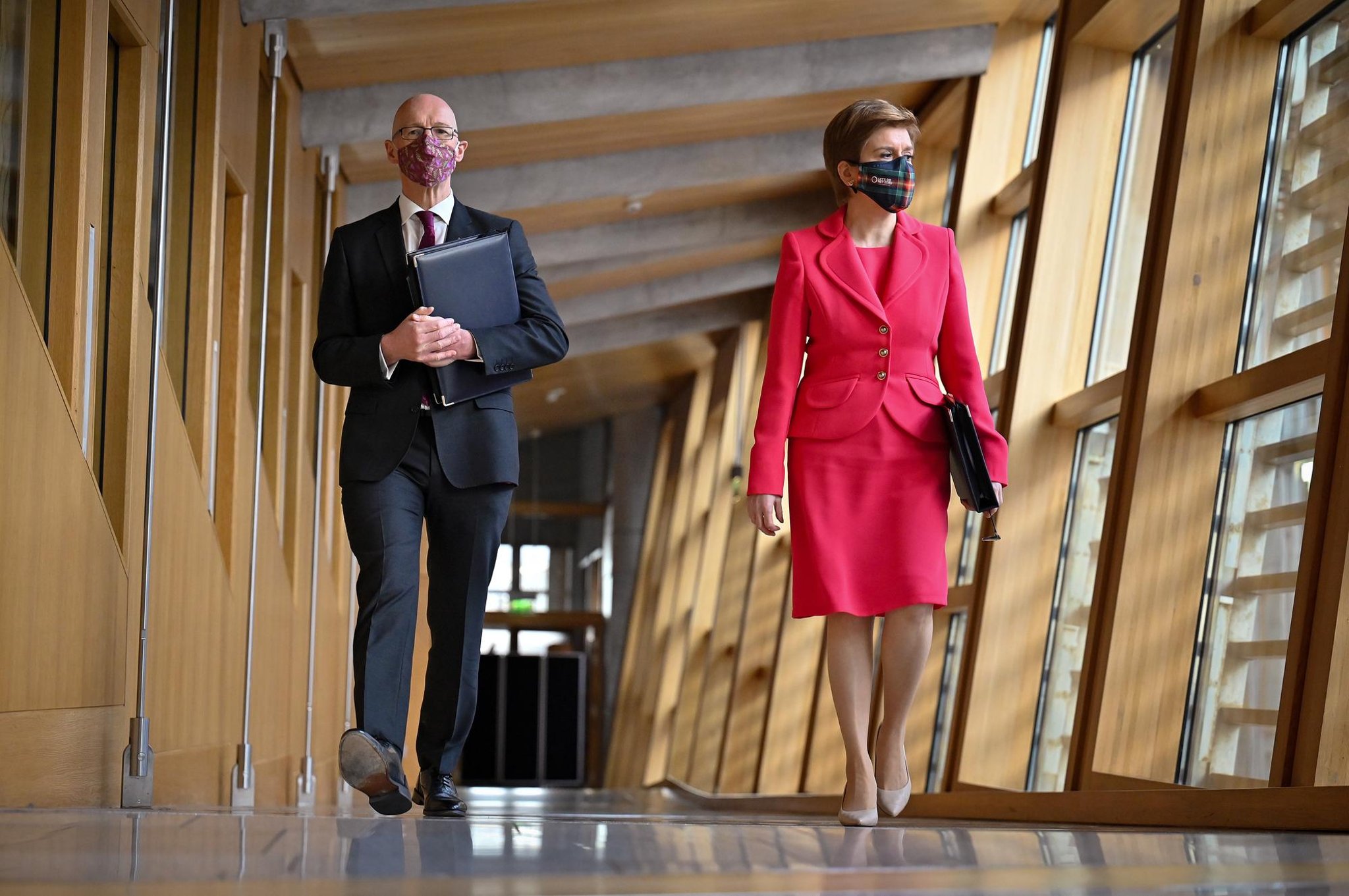 John Swinney, deputy First Minister and cabinet secretary for Covid recovery said the Scottish Government “needs to have clarity on a four nations basis” on what the approach to testing is going to be across the whole of the UK.

Mr Swinney said before this was given he was therefore unable to lay out how the Scottish Government will fund any mass testing.

Prime Minister Boris Johnson said he would not be funding further tests after April and indicated the Scottish Government will have to pay for continued free testing.

In Scotland, the vaccine passport will end on Monday and the rest of the measures including the use of face coverings will be lifted on March 21. However, wearing masks in shops and on public transport will still be encouraged.

The deputy First Minister told BBC Good Morning Scotland the Scottish Government believes testing should be delivered free of charge and a final financial settlement from the UK Government needed to be made clear.

Mr Swinney told the programme on Wednesday: “The UK is saying that it wants to maintain the intelligence that requires it to pick up where there are new strains of the virus emerging, they want to do sufficient testing to be able to be in a position to act should it be necessary to take stronger measures to protect public health.

“That approach sounds to me as if it requires testing to be continuing within England on the decisions taken by the Prime Minister and his colleagues on a certain basis and we need to understand the financing of all of that.

“If there is more money being made available by the treasury for that provision then obviously there are financial implications for us.”

A transition plan will be set out in March by the Scottish Government which will explain the ‘circumstances and conditions’ around how and when people should access testing.

Mr Swinney said it is likely this plan will include a combination of both lateral flow tests and PCR testing.

The deputy First Minister said access to the tests via local pharmacies will depend on discussions with the UK Government and the availability of resources.

Scottish Labour has criticised the Scottish Government for lack of clarity on plans around testing.

Jackie Baillie said: “The First Minister must tell us now if she is going to fund testing and contact tracing in order to protect Scots.”

During her update at Parliament on Tuesday, Nicola Sturgeon expressed frustration at the UK Government’s position on testing as she said there is “no clarity”.

Ms Sturgeon said: “Current funding arrangements mean that though taxpayers in all 4 UK nations contribute to the costs, it is decisions taken for England that determine the resources available to Scotland, Wales and Northern Ireland for testing and other Covid measures.