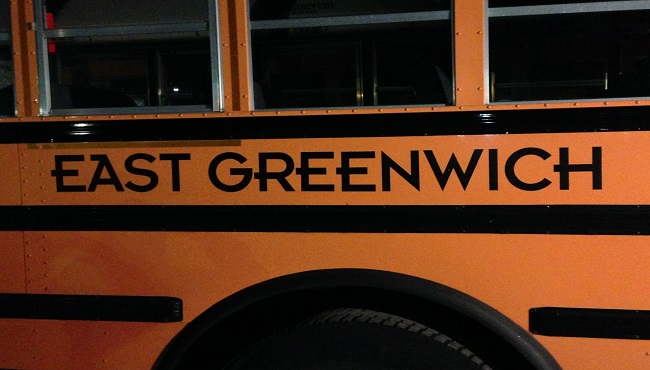 EAST GREENWICH, R.I. (WPRI) — Two East Greenwich High School varsity volleyball coaches have been fired from their positions following an investigation into whether or not certainly one of them sexually harassed a number of gamers.

In a letter despatched to the group Thursday, Superintendent Alexis Meyer stated the group’s head coach and assistant coach had been terminated and banned from working for the district sooner or later because of the two-month investigation.

Meyer stated “serious concerns about the assistant coach’s interactions with players” had been dropped at her consideration final November after the season had ended.

The district instantly employed an out of doors investigator to look into the allegations, in line with Meyer. The investigation included interviews with present and former athletes, dad and mom, coaches, directors and different faculty personnel.


Read the superintendent’s full letter to the group

“The investigation concluded that the assistant coach had behaved in violation of the district’s Title IX policy with respect to sexual harassment,” Meyer wrote.

Meyer stated no legal fees have been filed towards both coach, although gamers’ complaints had been reported to the East Greenwich Police Department.

12 News has reached out to the East Greenwich Police Department concerning the allegations however has but to listen to again.

The outcomes of the investigation have been despatched to the Rhode Island Department of Children, Youth and Families (DCYF), in addition to the state’s Department of Education, Rhode Island Interscholastic League and USA Volleyball.

In a press release to 12 News, Meyer stated the district takes these allegations very critically.

“When these concerns were brought to our attention, we immediately took the proper steps to ensure the safety of all students and to conduct a thorough investigation into the facts in the case,” Meyer stated. “We are deeply grateful to the students and families who came forward for their courage and their full cooperation in this difficult process.”

In response to the allegations, Meyer stated the district is placing a number of safeguards in place to guard college students.

“First, we will institute mandatory annual training to inform all athletes, coaches and assistant coaches about policies, procedures and expectations on and off the playing fields, including guidelines for appropriate communication and interaction between coaches and students,” Meyer defined. “In addition, all student-athletes will receive similar training at the start of each season. The training will outline procedures for any athlete to report inappropriate behavior without fear of retaliation.”

Meyer stated the district can be reviewing the insurance policies and practices “related to outside interactions between employees and students.”

“We recognize that high school athletics are an important part of the educational experience for so many of our students and families, and we hope to move forward as a community to ensure the success and safety of all of our student-athletes,” she added.