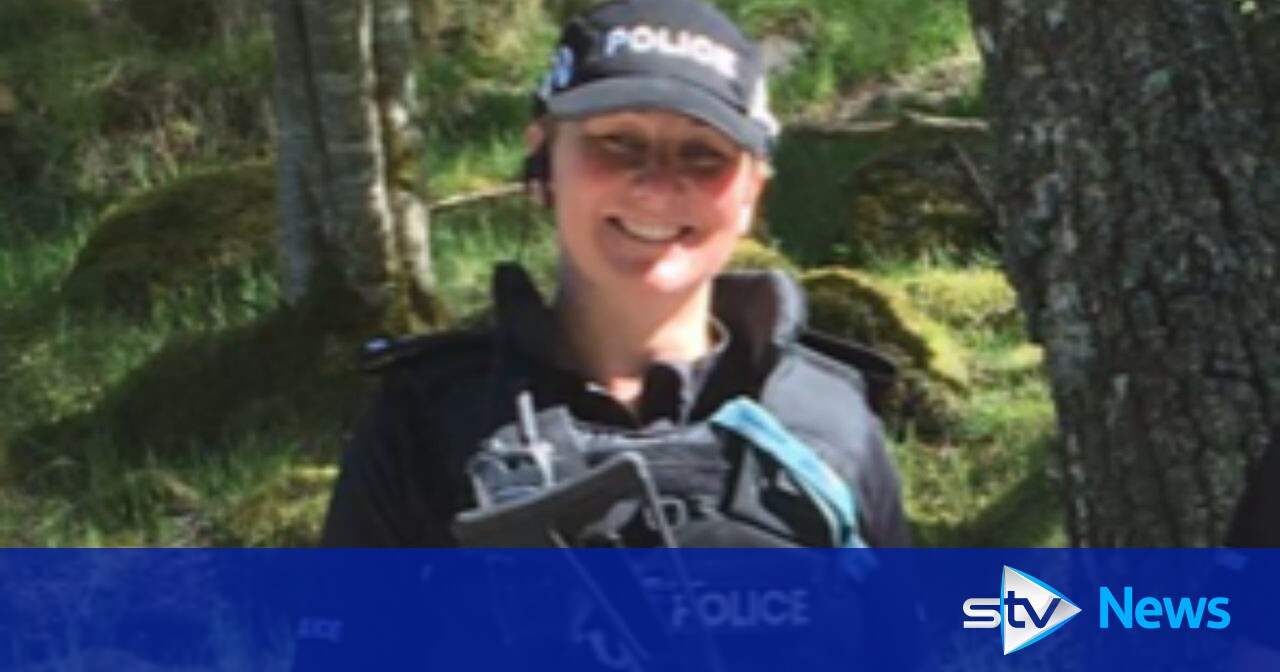 A former armed response officer awarded virtually £1m by Police Scotland over victimisation has stated that no quantity of compensation will “ever make up for the pain or sacrifices” she made.

Rhona Malone stated she had been by an “excruciating and torturous few years”, however she hoped her expertise of profitable a victimisation declare in opposition to the pressure at an employment tribunal would “benefit many women now and in the future”.

Her feedback got here as she criticised not simply Police Scotland, however the Scottish Police Federation, the physique which represents rank and file officers.

Ms Malone claimed: “Unfortunately, both organisations failed me and grossly underestimated my determination for acknowledgment and accountability.”

On Friday it was revealed a settlement had been agreed with Police Scotland which is able to see her obtain £947,909.07.

That additionally included a “personal apology to Ms Malone” from Chief Constable Iain Livingstone for the “serious issues highlighted in the employment tribunal judgment, including Police Scotland’s poor response when a dedicated and promising officer raised legitimate concerns”.

Ms Malone started her motion in opposition to the pressure after a senior police officer stated he didn’t need to see two feminine armed officers deployed collectively when there have been adequate male employees on obligation.

The tribunal accepted proof that there was an “absolute boys’ club” tradition inside the armed response automobile staff.

In its judgment in October final 12 months, the employment tribunal upheld Ms Malone’s claims of victimisation. However, her declare of direct discrimination was dismissed.

In a press release issued to PA Scotland, the previous police constable stated it had been “quite a journey”, including it was “sadly one that could have so easily been avoided”.

Ms Malone stated her “quest for justice” had “come at great personal risk” with potential prices “in the region of six figures”.

But she stated: “At long last I have closure to what has been an excruciating and torturous few years but one that I hope will benefit many women now and in the future.

“It is important for me to say that had the individuals in positions of trust and authority who victimised and suppressed my pursuit for acknowledgment and accountability been honest, shown moral integrity and empathy for my situation, then perhaps Police Scotland could have taken the opportunity to communicate and evidence a far more progressive and inclusive organisation.

“This would have empowered police officers and made Scotland proud.”

She additionally stated that had she obtained “care and support from the Scottish Police Federation then perhaps Police Scotland would not have responded with contempt or attempted to suppress and deny me justice”.

Ms Malone insisted that with the “notable exception” of 1 particular person, the SPF had “failed me as a member when I most needed their assistance”.

Hitting out on the organisation, she added: “At a time when I was at my most vulnerable and reliant on their support financially and mentally, I was abandoned, ignored, and discarded.”

Ms Malone insisted her “attempts to obtain justice were obstructed because they withdrew legal support for my case in 2019” when she refused to signal a Non Disclosure Agreement and settle for a “derisory financial settlement amount”.

She added: “I am still seeking accountability from organisations who negatively impacted my life, obstructed me and who I believe were complicit in the suppression of the discrimination and victimisation that I was trying to call out. This includes the Scottish Police Authority.

“These organisations had an important role to play in my case and some continue to do so, therefore it is vital that I continue to seek accountability. These processes have already started, and I hope to report on them in the near future for complete transparency.”

She additionally acknowledged: “I would like it to be known that no amount of compensation would ever make up for the pain or sacrifices I made to hold Police Scotland to account, but it will enable me to continue with my quest for holding them and others answerable for their actions.”

Ms Malone stated she now deliberate to disable her social media and “disappear for a while”, including that whereas she had been “extremely vocal about the discrimination and victimisation I experienced” she felt it that now “the time is right to regain my privacy in order to heal and protect my family”.

She thanked all those that had helped her “especially my witnesses and legal team and all those who have positively impacted my case”.

Ms Malone additionally instructed her supporters: “Your kindness and generosity will never be forgotten.”