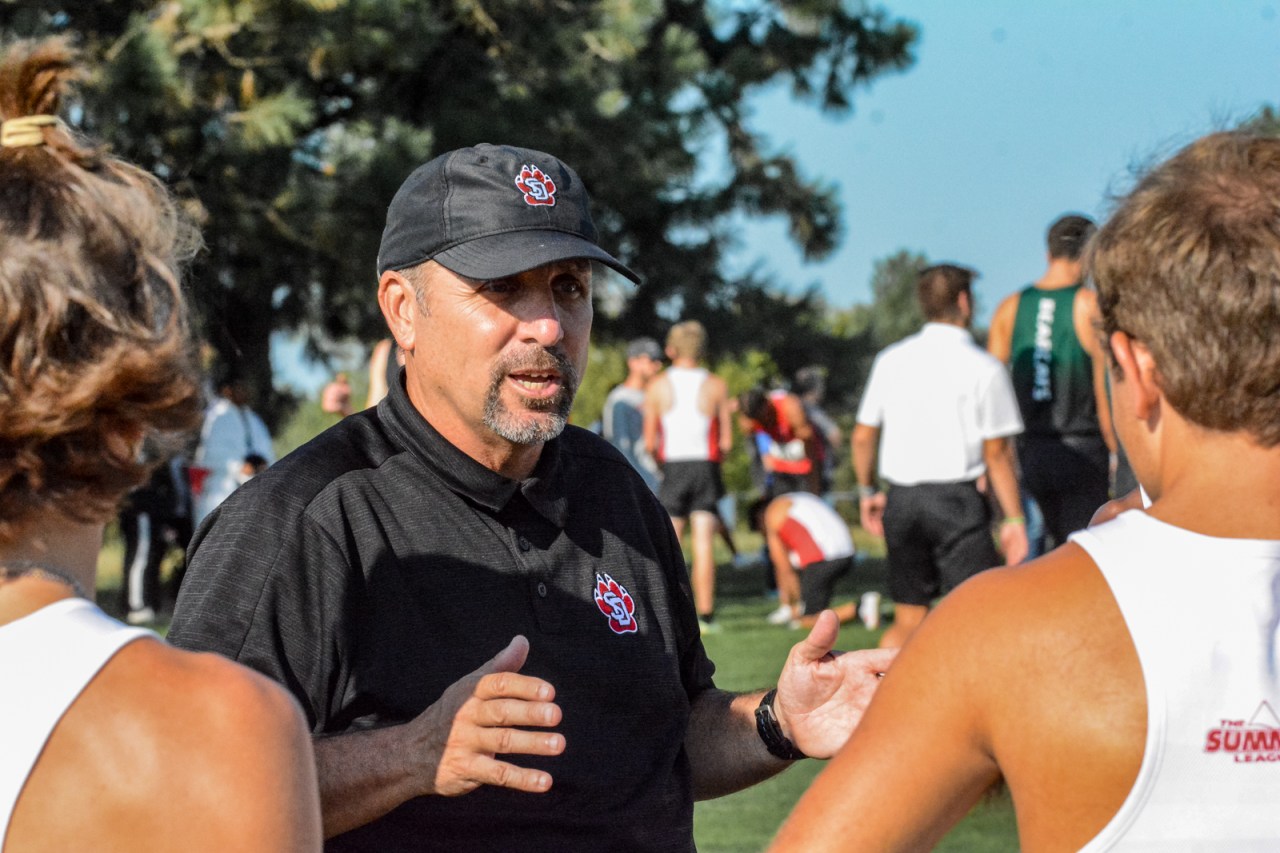 Fitzsimmons joins the Mount Marty Lancers after 14 years as head coach for cross country at the University of South Dakota (USD), Vermillion, SD. Fitzsimmons also served as an assistant coach for the Coyote men’s and women’s track and field teams during that span of time.

“Fitzsimmons is a highly respected coach with deep roots in Yankton athletics,” said Andy Bernatow, MMU athletic director. “I am excited to have Dan back in Yankton and coaching at Mount Marty. We are getting an amazing leader and outstanding coach. His guidance will help this program along with strengthening the entire athletic department.”

Since Fitzsimmons began as an assistant coach on the track and field team during the 2008/2009 season he has helped the men’s and women’s indoor and outdoor track and field program to 11 conference championships and 25 runner-up finishes. Fitzsimmons, whose primary coaching responsibility was distance runners, guided his runners to 48 conference individual titles.

Prior to his time at the University of South Dakota, Fitzsimmons built the Yankton High School (YHS) cross country and track and field programs into state and regional powers.

Fitzsimmons was also successful with the YHS track and field teams. He guided the team to five state championships and six relay team championships while also coaching 20 individual champions. Two of his athletes were named South Dakota Gatorade Track and Field Performers of the Year. Fitzsimmons was named the South Dakota NHSACA Gatorade Circle of Champions Track and Field Coach of the Year in 2003 and 2005.

In 2021, the South Dakota Cross Country and Track and Field Coaches Association inducted Fitzsimmons into their Hall of Fame class. Dan and his wife Cecilia reside in Yankton and, according to Bernatow, are already gearing up in Blue and Gold.

“I look forward to serving the student athletes and Lancer Nation for many years to come,” said Fitzsimmons. “Go Lancers!”

For more information on the Athletic Department, contact Andy Bernatow, athletic director at abernatow@mountmarty.edu or 605-660-3589.

About Mount Marty University
Founded in 1936 by the Sisters of Sacred Heart Monastery, Mount Marty University is a Catholic, Benedictine institution of higher education located along the bluffs of the Missouri River in Yankton, South Dakota, with additional locations in Watertown and Sioux Falls. Mount Marty offers undergraduate and graduate degrees with particular focus on student and alumni success in high-demand fields such as health sciences, education, criminal justice, business, accounting, recreation management and more. A community of learners in the Benedictine tradition, Mount Marty emphasizes academic excellence and develops well-rounded students with intellectual competence, professional and personal skills and moral, spiritual and social values. To learn more, visit mountmarty.edu.