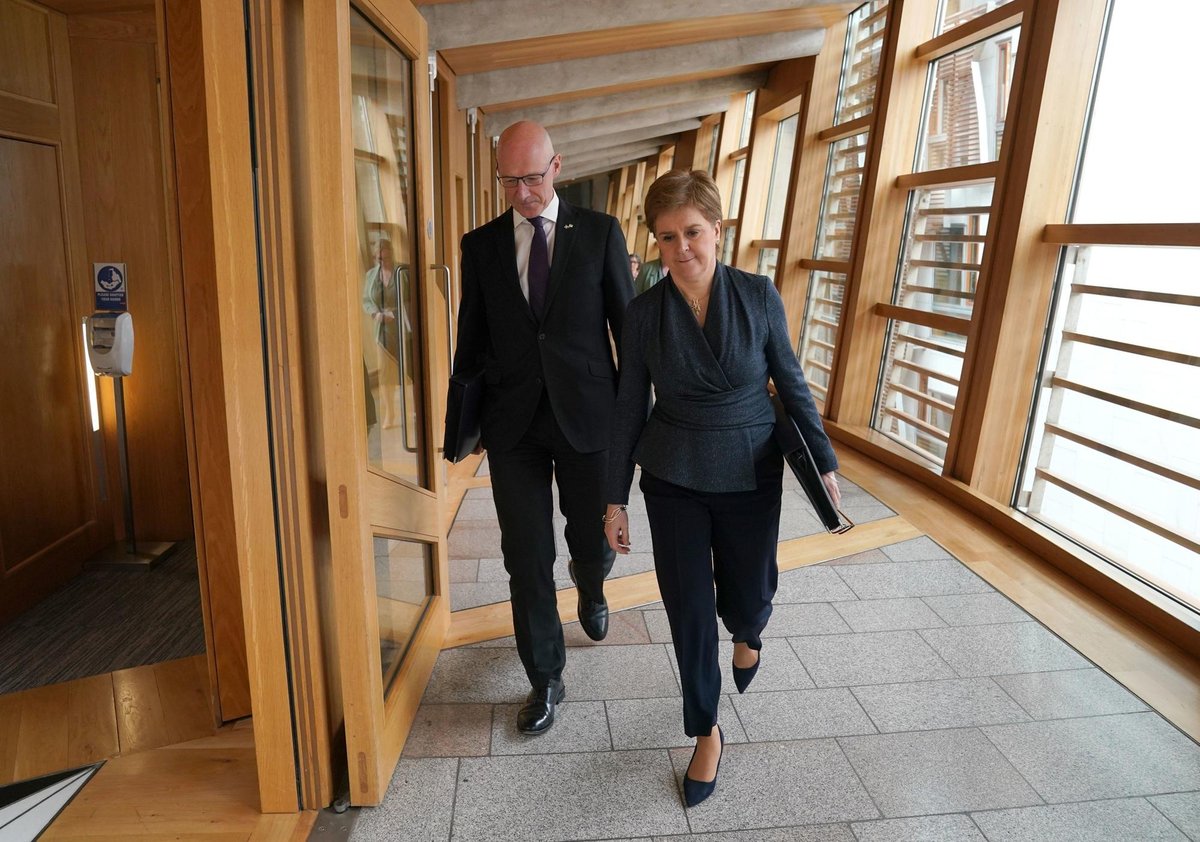 During First Minister’s Questions, Ms Sturgeon stood on an awkward tightrope of humbling the SNP’s Westminster branch over a sexual harassment case yet backing party chief Ian Blackford, who is accused of “ambushing” the victim.

1) The uncomfortable truth of sexual harassment

In a chamber that took a solemn and rather hushed tone, the main focus was sexual harassment. Ms Sturgeon said she wanted to meet and apologise to the young man who was subjected to inappropriate behaviour by SNP MP Grady. Criticising party members, Ms Sturgeon said a leaked audio recording of an SNP Westminster group meeting as “utterly unacceptable”. Despite words of condemnation, the First Minister stood by the SNP’s Westminster leader Ian Blackford. This may be a hard pill to swallow for the victim, who has said he felt “ambushed” by Mr Blackford in his handling of the sexual misconduct case. Ms Sturgeon said she had taken fresh legal advice, which means it will be possible for the Scottish Government to publish the outcome of misconduct complaints against ministers in future, after changes to ministerial code and procedures. Yet, rather conveniently, this cannot be applied retrospectively. Many will be questioning this as they ask themselves “does two-days’ suspension for a known incident of sexual assault quite cut it in handling this specific case?”

The SNP have run a dangerous line, despite Ms Sturgeon’s efforts, of supporting the perpetrator and not the victim.

2) All talk and no action on women’s health inequalities?

Ahead of the announcement of a women’s health champion this summer, the Tories and Labour both tapped into pressures women are experiencing in accessing healthcare – a strong move from both parties as discontent grows around women’s healthcare in Scotland. The Tories relayed a specific example of a woman who was told she will never be “100 per cent mesh free” as women across Scotland continue to live with the devastating effects of transvaginal mesh treatment. Meanwhile, Labour focused on the delivery of the Women’s Health Plan, with particular focus on the “all talk, but no action” rhetoric. Although giving assurances to women the plan will be progressed and the Government is continuing to tackle mesh difficulties, many will be left feeling the need for urgent action now as women’s groups call for action against anti-abortion protests outside clinics.

Scottish Lib Dems leader Alex Cole-Hamilton said the “delayed discharge crisis” would not be solved by SNP proposals for a “ministerial takeover of social care” as he insisted Scotland can’t afford to wait four years for a solution. Tapping into public discontent around the issue, Mr Cole-Hamilton ruffled the tempers of SNP ministers in the chamber as Ms Sturgeon outlined work under way to make improvements in the social care sector.

4 The solution for everything? Independence

A final question during FMQs allowed the Greens and SNP to roll out the independence banners once more.

Maggie Chapman criticised deputy prime minister Dominic Raab’s “dangerous” British Bill of Rights. Given public concern over such issues, this statement allowed the Greens and SNP to push the case for independence, which was, unsurprisingly, met with boos from the Tories. Ms Sturgeon described “diluting human rights” as yet another reason for independence.