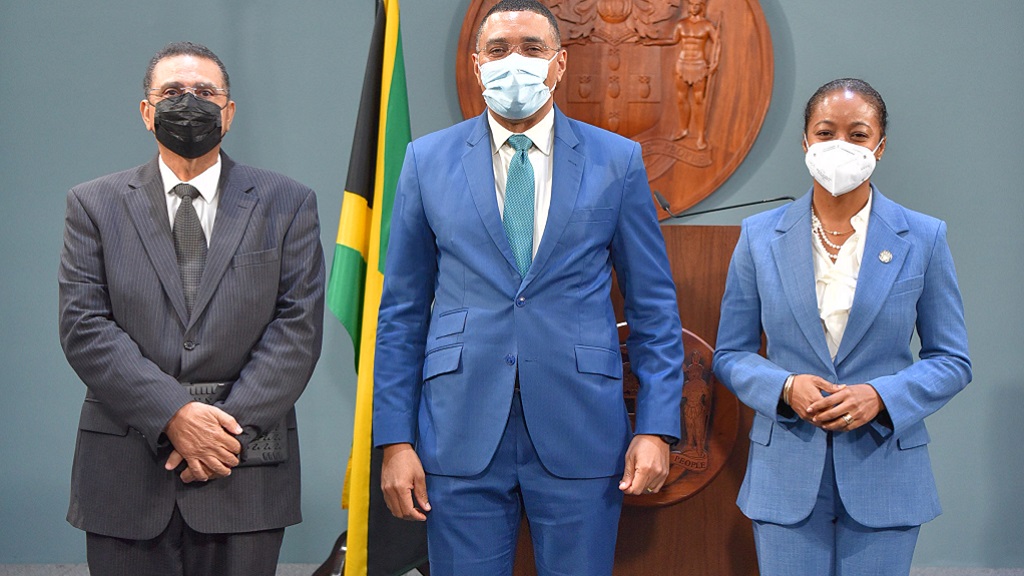 Those are the words from Opposition Leader Mark Golding in reaction to Marlene Malahoo Forte being replaced by Dr Derrick McKoy as Jamaica’s attorney general.

“Finally, we have a new attorney general. Glory be,” declared Golding, who was addressing a People’s National Party (PNP) press conference on Tuesday.

While the PNP staged its press conference Tuesday, McKoy, a former contractor general, was being sworn in as attorney general and his predecessor, Malahoo Forte, was sworn in as Minister of Legal and Constitutional Affairs — a newly created portfolio.

Speaking after the swearing-in of his new Cabinet members, Prime Minister Andrew Holness said Malahoo Forte will take responsibility for updating the nation’s laws and constitution, among other things.

However, while welcoming the new face to the office of the Attorney General, the Opposition leader took issue with McKoy not being a Member of Parliament.

“… This new attorney general will not sit in Parliament, and so, he cannot be held to the Jamaican people, even though he is a political appointee who advises the Cabinet on matters that do come to Parliament,” Golding said.

“This is an unacceptable arrangement, although technically permissible,” he said, adding, “especially at a time when the prime minister has been talking up a storm about constitutional reform.”

“Jamaica knows this is a Government that has been a serial violator of the constitution and that cannot be trusted with any additional constitutional powers that may be used to violate or remove or reduce the rights of the Jamaican people or threaten our democratic way of life,” the PNP leader claimed.

He is, therefore, suggesting that the attorney general “must be brought into Parliament, so that he can answer to the representatives of the people.”