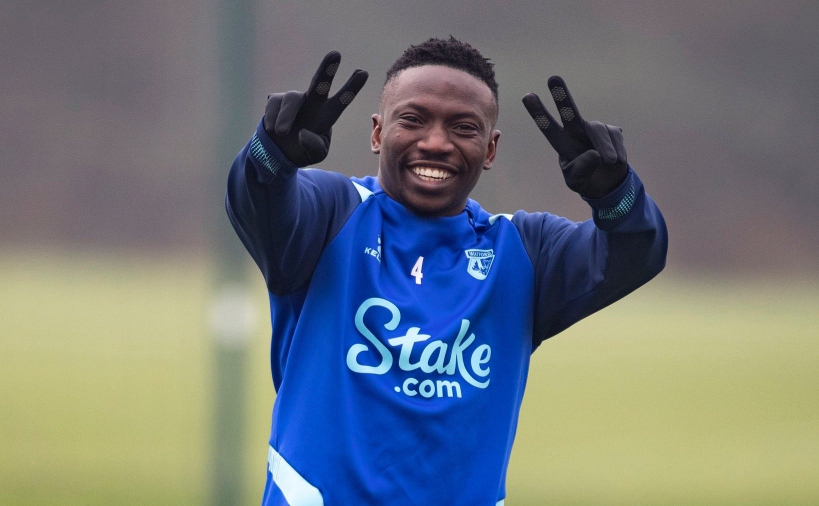 Hodgson in his pre-match conference said Peter potential return has  added boost to the squad.

The Nigeria international played the first half of the Under-23s’ defeat to Ipswich Town on Monday, and is back in full training.

The former Crystal Palace manager who will be making an emotional return to Selhurst Park ahead of Wednesday game said Etebo would be able to play.

“[Etebo] has trained with us from the start, we’ve just been waiting on the go-ahead from his surgeon in Finland, and he got that last week,” the manager explained.

“As far as I’m concerned we don’t have any concerns, but he hasn’t played a competitive match for many months so it is good he can get some minutes in today’s game, and if he comes through okay, then we’re going to be able to start counting on them.

“With the other two [João Pedro and Kucka], their injuries were such that they are still being monitored. Both are making incredibly good progress, much quicker than we expected, but we still have to wait until tomorrow to see if Wednesday is a game too soon or if they can make it.”