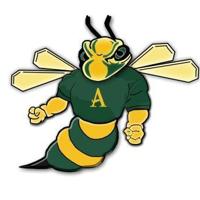 Aiken High is turning to a familiar face to lead its boys’ basketball program.

Robbie McKenzie, who spent more than 15 seasons coaching at Silver Bluff, has been hired as the Hornets’ new boys’ basketball head coach, the school announced Monday.

“I’m excited to continue my career as a coach and teacher at Aiken High School,” McKenzie said in a release from Aiken High’s athletic department. “I’m looking forward to investing in the young men in the basketball program and helping them develop not only in athletics but also in the classroom and as members of our community. Aiken High has a rich history in athletics and I’m thrilled to be apart of that and to continue the winning tradition that Aiken High has established.”

McKenzie has eighteen years of coaching experience with Aiken County, most recently as an assistant football coach at Kennedy Middle and head basketball coach at Tall Pines STEM Academy this past school year.

He started at Silver Bluff as the girls’ basketball coach in 2005 before taking over the boys’ team from 2011-21, and his teams won five region championships and made four state semifinal appearances. He was named Region Coach of the Year five times (2009-2012, 2019).

McKenzie has spent 18 years in the classroom teaching Pre-Engineering and AP Research as well as teaching science at Silver Bluff and North Augusta high schools, and he will teach physical education at Aiken High.

“We are fortunate to have come out of the process with parents, fellow coaches, booster club members, and students with the very best candidate that will no doubt lead Hornets into the future,” said Aiken High principal Dr. Jason Holt in a press release. “Aiken High boys’ basketball has a bright future with him at the helm. Our team and families will be fortunate to have such a great coach and man leading them daily. Go Hornets!”

McKenzie takes over at Aiken High following the departure of Darris Jackson, who led the Hornets to a .607 winning percentage and three region titles over eight seasons before heading back home to take the same position at Clover High School.