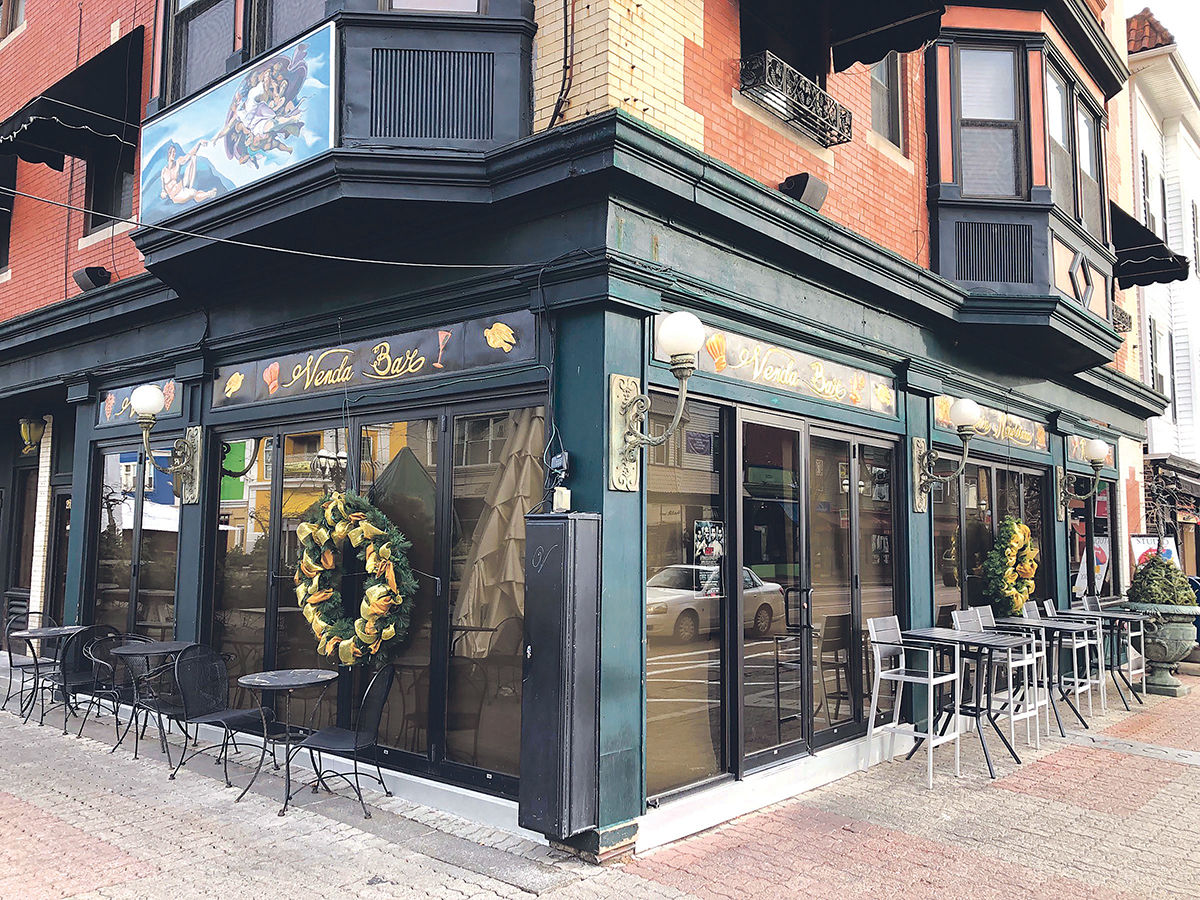 Michael Costantino struggled to fill two full-time cook positions in May for his restaurant Costantino’s Venda Bar & Ristorante on Providence’s Federal Hill. He says both positions paid well and offered benefits, but he was still having a tough time finding the right people for the job.

Despite this, he still considers his business fortunate.

Costantino has two staff members actively searching for people to hire on several job websites and apps. Because of that, he was able to interview a lot of job candidates. But for many restaurants that don’t have the resources, hiring remains an uphill battle.

“I know a lot of people that are really hard up to staff,” Costantino said. “They’re closing their restaurants [and] different shifts – days of the week. A lot of places they can’t reopen for lunch.”

As Rhode Island heads into the peak of tourism season, the hospitality industry is still feeling the lingering effects of the COVID-19 pandemic. While the labor shortage isn’t as bad as it was last year, hospitality and tourism officials say many restaurants are still having staffing problems.

Without enough workers to fill shifts, some businesses will be forced to limit services and hours or close entirely just as one of the busiest times of year is arriving.

“We’re expecting an enormous summer and we’re expecting a lot of visitors to come here,” said Evan Smith, CEO and president of tourism organization Discover Newport. “But we are not expecting enough labor to meet the needs of all those visitors, and that is a concern of ours.”

One reason behind the shortage of workers is a change in workplace culture. As Rhode Island slowly started to emerge out of the pandemic, many people who had been out of work during the public health crisis began to reevaluate their relationship with work.

“People realized, ‘Well, OK maybe I’m not ready to work and I had so much time off, I want to enjoy some of this time off,” said Rick Simone, president of the Federal Hill Commerce Association. “I think it’s come down to a shift in people’s mood or work ethic.”

Other industry leaders point to other reasons, too. On Aquidneck Island, there’s also a severe shortage of affordable homes for hospitality workers, Smith said.

A report released in April by the National Low Income Housing Coalition and an alliance of housing groups called Homes RI found that there’s a need for at least 24,050 affordable rental homes for the state’s low-income households.

In the Newport area, many property owners have converted rental properties into short-term rentals for tourists instead of using them as workforce housing, Smith said. Without affordable places to live while they work, seasonal workers are less likely to work in Rhode Island, which makes hiring a lot harder for businesses.

To help attract and retain more hospitality workers, some business owners have had to dig into their own finances.

Robert “Rocky” Kempenaar, the owner of four hotels in Middletown, has had to offer free housing in his hotels to attract seasonal hires.

It prevents him from renting those rooms to paying guests, he says, but it’s the only way he can keep housekeeping and maintenance workers during this season. “It’s unfortunate that we have to sacrifice rooms, but there is no other place to put them here on the island,” said Kempenaar, who operates Residence Inn by ­Marriott, Hampton Inn & Suites by Hilton, Homewood Suites by Hilton and Howard Johnson by Wyndham.

Kempenaar is providing six to eight rooms to several foreign students from Kazakhstan, Turkey and Colombia who are on temporary work visas for the summer.

With the added help, he hopes that business will be back to “normal,” compared with the last two years when hotel managers were forced to pick up the slack and clean rooms themselves.

Not everyone is grappling with the hiring and retention of employees. In May, Newport Restaurant Group announced it had hired or promoted 18 people. The group, which operates 11 restaurants around Rhode Island, touted its employee ownership model as part of the reason that finding and keeping staff members hasn’t been difficult.

“It’s a true testament to our … model and our strong leadership that we have been able to attract and retain talent despite the labor shortage, which reaches far beyond the hospitality industry,” said Kristin Allain, the company’s human resources director.

The Rhode Island Hospitality Association is also taking its own steps to make the industry more attractive to prospective workers. The association recently launched a group 401(k) plan for its members, designed to reduce the workload and expense that comes with offering a retirement plan for employees.

“When we look at why we can’t get employees in our industry, some employees are commenting on the lack of certain benefits,” said Sarah Bratko, the association’s senior vice president of advocacy and general counsel. “And programs like 401(k)s are really challenging for small independent operators to offer because there are so many administrative costs and procedures that you have to follow.”

While these steps may help, Rhode Island still has a long way to go before there can be enough workers to fully satisfy the heavy demand of travelers coming this summer. Despite this, industry officials such as Bratko still have hope. She is seeing some progress in people reentering the hospitality industry.

“For the last 24 months, we’ve been operating in a constant state of worst-case scenarios and somehow Rhode Island’s hospitality industry is still here,” she said. “So for better or worse, this industry figures it out – we have no other choice.”