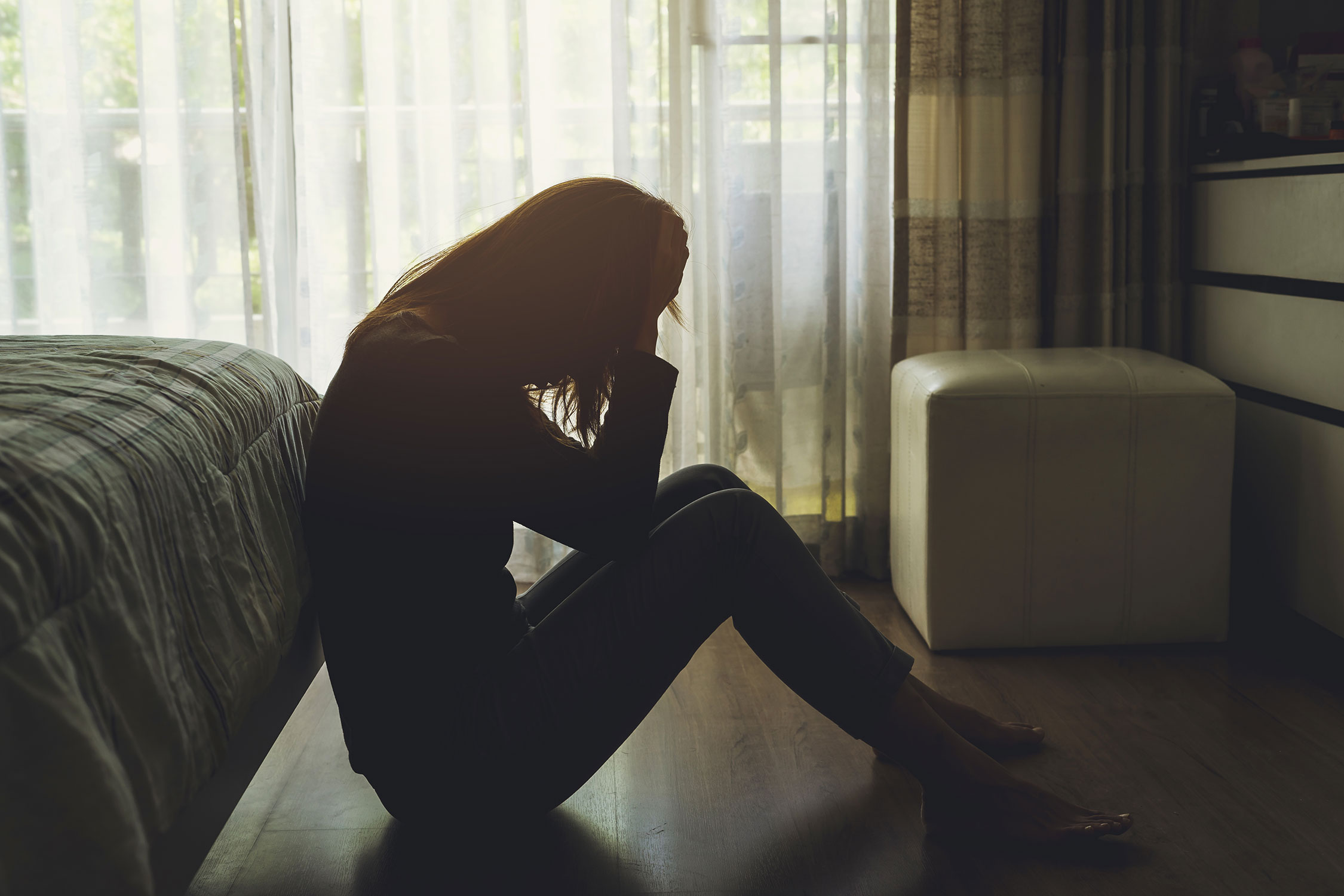 “The laws are designed to be very difficult for people to understand,” said a North Carolina staffer at the two-state Carolina Abortion Fund (CAF) who wanted to be on record simply as Justine.

“To be clear, abortion is health care. It should not be treated this way … Legislators should not be able to insert themselves into the conversation.”

Right now, abortion is still legal in South Carolina, though procedures can only be performed when no fetal cardiac activity is detected, which typically begins around six weeks of pregnancy.

“Six weeks is when most people don’t even realize they’re pregnant,” said Columbia’s Vicki Ringer, director of public affairs for Planned Parenthood South Atlantic. “They’re late by two weeks, and for many women, depending on birth control methods, they may not have periods at all.”

Many factors can cause menstrual periods to stop or become irregular — birth control methods, high levels of exercise, taking certain medications — all of which make it difficult to suspect pregnancy at six weeks.

“The law says that every woman who wants an abortion has to have an ultrasound, even though it is not medically required for an abortion at an early stage of pregnacy,” said Ringer. “At six weeks, you can generally hear fetal cardiac activity through the use of a trans-vaginal ultrasound, but at six weeks, there is no heart. There are no chambers. What you’re looking at is an embryo that has no measurable weight — you can’t even say that it weighs an ounce.”

But according to current South Carolina law, an abortion would be prohibited at this point. Because of this accelerated time limit and short time frame today, women’s reproductive health professionals generally recommend women seek care as soon as they suspect pregnancy, sources say.

“In the past, we had people taking a little more time to raise the money that they’ve needed to pay for an abortion. You know $500 is just not something most people have as disposable cash,” said Ringer. “Nowadays, we tell people don’t wait until you’ve raised the money. We have abortion funds. We have amazing donors who have stepped up so that they can help these women get care earlier.”

If you think you may want an abortion now

South Carolinians seeking abortion care are advised to contact Planned Parenthood South Atlantic or verified women’s health clinics as soon as they suspect pregnancy. The health care provider will determine if the woman is eligible for an abortion in South Carolina. If not, they can help make an appointment in North Carolina, where laws permit abortion up to 24-28 weeks, arrange travel logistics and help with cost.

After making an appointment, women can also contact Carolina Abortion Fund, which serves North Carolina and South Carolina. The organization aids women seeking abortion care by helping with the finanical cost of the procedure and travel.

“We have an active transportation network,” said Justine. “We’ll give people money for Uber; give people gas money. We’ll do everything we can to try and help them.”

But for many women, traveling for a procedure is still unfeasible. North Carolina law requires a 72-hour waiting period between meeting with a health care provider and receiving care. This law is intended to deter women from abortion as providers are required to present patients with state-directed materials discouraging abortion.

As a result, South Carolinians traveling to North Carolina for health care must spend at least three days there. Aside from the cost of the procedure and travel, women must also take time off of work and find child care if they already have children.

South Carolina has a similar statute, requiring 24 hours between the presentation of materials about abortion and an abortion appointment.

A North Charleston resident this week spoke to City Paper about her experience seeking an abortion in South Carolina seven years ago. Even then under the protection of the Roe precedent, South Carolina law still required providers to show state-directed materials.

“When I went for my appointment, they brought me into a room with all these other girls that are getting one and had us watch these videos about the life process,” she said. “It was a legal thing. They were legally required to try to talk you out of it basically.”

“Everybody in that room has thought about every single option that they possibly could probably 8 million times before they ended up there. And you don’t have any privacy during it. You don’t have a choice.

“There’s not another medical procedure in the world that makes you do that.”

“Self-managed abortion” and its risks

What happens now for South Carolina women who are past the 6-week mark and who are unable to travel? Legally, there are no more options in South Carolina to terminate a pregnancy. But some women are turning to self-managed abortions.

A “self-managed abortion” is an at-home medication abortion done without a medical professional, sometimes referred to as “Plan C.” (Plan C is not to be confused with a brand of emergency contraceptive called Plan B, which does not terminate a pregnancy.) About 60% of abortions are performed with medication, according to Ringer. But using
or possessing the two abortion medications — mifepristone and misoprostol — is illegal in South Carolina past six weeks.

When a medication abortion is provided in a clinic, the patient typically takes the first pill at a health care center and then takes a second pill at home. Telehealth visits for abortion care are illegal in North and South Carolina, though the FDA considers receiving abortion medication via telehealth completely safe, said Ringer.

“You could be charged with a crime and go to jail for just possessing [those two drugs],” said Ringer. “If you had them and you tried to sell them to others, that would be a crime. You’d have harsher criminal penalties for possessing those pills than you would if you had pounds and pounds of hard drugs that you were distributing.”

Though it is illegal, many women feel they are in a dire situation and are choosing to order these pills online. Because of medical advancements, the days of  “coat hanger abortions” are mostly gone, many abortion advocates say, and illegally obtaining abortion medication is a much safer option for an unlawful abortion. Abortion medication is considered safer than Tylenol and Ibuprofen.

“We know that the medications available for self-managed abortion are safe to the best of our knowledge and we know that medication abortion is incredibly safe and very, very succesful,” said Dr. Farris.

A platform called PlanC.org provides information on obtaining abortion medication in the U.S. and through online, international pharmacies. There are risks to ordering these pills online: They are not FDA approved and obtaining them is considered illegal in South Carolina. PlanC.org orders and tests pills from the recommended sites but cannot guarantee reliability in the future, according to its website.

Opting to have a self-managed abortion has risks if medical complications arise or an incomplete abortion occurs, Farris said.

“No one should ever be forced to engage in health care outside of the health care system because a legislature blocks their access,” she said. “Anyone who chooses self-managed abortion should know that they can reach out to the medical community if they need help, if they’re having a complication or a problem.”

This was the case for the North Charleston woman who shared her story above. After receiving a medication abortion, a blockage occured in her uterus, causing extreme bleeding as her body tried to rid itself of the fetal tissue but could not. This required extra medical attention and a surgical procedure.

“I was scared. I didn’t know what to do,” she said. “I can’t even imagine if that happened to me today because I had that option at the time to, no matter how scared I was, to still go back to the doctor. Today, if the language of the legislature says it is illegal to perform an abortion after six weeks, the second procedure I had, is that legal?”

Though it is rare, this scenario is one of many playing out in health care centers and hospitals across the state. Complications with abortions and even wanted pregnancies are leaving doctors confused and unable to act in the patients’ best interest at the risk of losing their license, getting sued or even being criminally prosecuted.

With Senate bill S.1373 currently in committee in the state Senate seeking to ban all abortions without exceptions for rape, incest or medical emergencies, the situation for women may become even more difficult.

“​​I think that being forced to carry a pregnancy you do not want to carry is cruel, unusual punishment,” said Justine.

Ringer added, “The most extreme legislators don’t believe there should be exceptions for rape or incest. They have limited the exemptions for women’s health. A woman must be near death before she can get an abortion and there are situations where there can never be a viable pregnancy.

“[In some situations] women are being force to, instead of having an abortion, they must go through labor and delivery of a dead fetus. It is terrible. It’s cruel at the basic level, but women are suffering because doctors’ hands are tied.”

Plan B is an effective means for preventing an unwanted pregnancy. Women with higher Body Mass Indexes should be aware that these pills may be less effective. You can purchase Plan B over the counter at local pharmacies or order online. Plan B should not be used in place of traditional contraceptives like birth control pills or IUDs.

3. Contact Planned Parenthood South Atlantic or another verified abortion provider to learn about your options. Planned Parenthood can also help patients make an out-of-state appointment. Or use AbortionFinder.org to locate verified providers in your state or surrounding states.

4. Contact Carolina Abortion Fund after making an appointment if you need help with financial costs or travel logistics.

5. Visit PlanC.org to learn about receiving abortion medications from other U.S. states or online, international pharmacies. These medications can be used in a self-managed abortions (abortions without an medical professional involved), though it is illegal in some states. Check state laws before ordering medication via the internet. —Samantha Connors