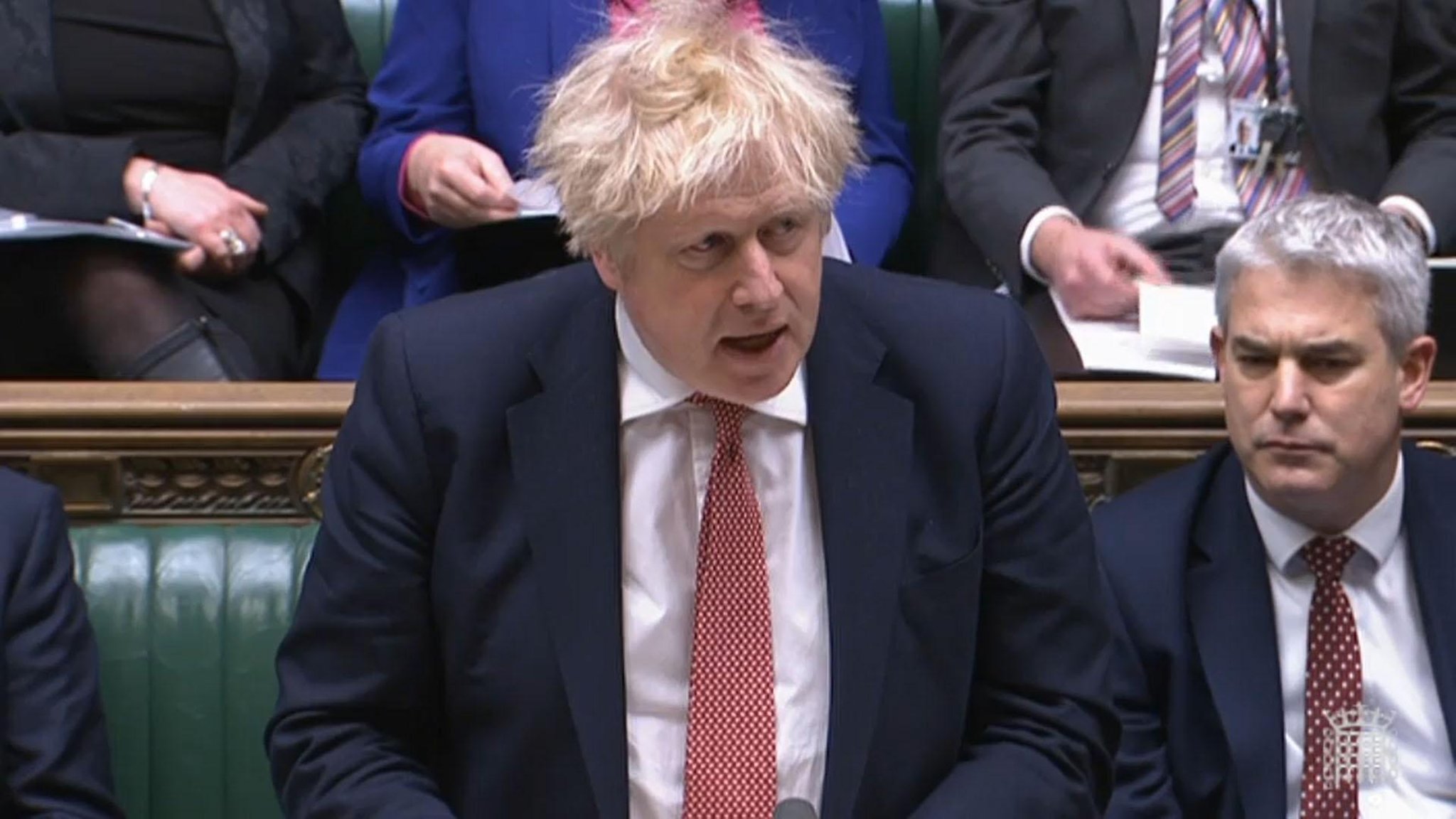 The Prime Minister confirmed on Monday that free universal testing would end from April 1 as he unveiled his “living with Covid” plan.

His announcement to MPs sparked a furious response from the Scottish Government, with First Minister Nicola Sturgeon labelling the decision “catastrophic” before it was even announced.

Ms Sturgeon said in a statement posted on Twitter: “To allow significant dismantling of the testing infrastructure built up in last two years would be inexcusable negligence given ongoing risks.”

Prime Minister Boris Johnson updates MPs in the House of Commons with the plan for living with Covid-19. Picture date: Monday February 21, 2022.

He said: “Free tests and being required to isolate when testing positive are effective tools in helping to suppress Covid-19 infection levels – and should remain for as long as the expert public health advice recommends. The public health advice we have received does not advise removing these important interventions at this time.

“I would like to pay tribute to the commitment and dedication of our testing workforce who have worked tirelessly to help keep us all safe throughout this pandemic. It is incumbent upon the UK Government to treat this workforce with the respect they deserve and ensure that our testing capability can be scaled up when needed.

“We are clear that the UK Government must continue to provide adequate funding to support the ongoing Covid-19 response and to ensure that all parts of the UK have the capability to take the decisions they deem necessary to protect public health, and to address future variants that may emerge.

“We await further details from the UK Government about the implications of the Prime Minister’s announcement for the devolved administrations.”

As rumours of the plans re-emerged earlier in the day, Ms Sturgeon had claimed they created unnecessary risk.

She said: “If this is correct, it’s catastrophic for the UK’s ability to ensure adequate Covid surveillance, outbreak management etc in future.”

The response came as the Prime Minister also announced an end to the need to self-isolate in England if infected from February 24 as he claimed it was “time to get our confidence back”.

The decision similarly placed Mr Johnson on a collision course with the Scottish Government, which has already declared its intention to extend the seven-day self-isolation requirement beyond the end of this month.

Making a statement to MPs, Mr Johnson also revealed vaccinated contacts would no longer have to test for seven days, an end to routine contact tracing and confirmed the end to free tests.

The announcement came after the Prime Minister confirmed the UK-wide free testing programme had cost £2 billion for January alone.

Mr Johnson said: “Those who would wait for a total end to this war before lifting the remaining regulations would be restricting the liberties of the British people for a long time to come.

“This Government does not believe that is right or necessary.

“Restrictions pose a heavy toll on our economy, our society, our mental wellbeing and the life chances of our children. And we do not need to pay that cost any longer.

“We have the antivirals, the treatments and the scientific understanding of this virus, and we have the capabilities to respond rapidly to any resurgence or new variant.

“We don’t need laws to compel people to be considerate of others.

“We can rely on that sense of responsibility towards one another, providing practical advice in the knowledge that people will follow it to avoid infecting loved ones and others.

‘Unacceptable if Covid funding for Scotland is constrained by English decisions’…

“So let us learn to live with this virus and continue protecting ourselves without restricting our freedoms.”

Mr Johnson unveiled his plans to end restrictions in a statement that also saw him admit new variants were a threat.

He said: “SAGE advise there is considerable uncertainty about the future path of the pandemic and there may be significant resurgences.

“They are certain there will be new variants and it’s very possible those will be worse than Omicron.”

Labour leader Sir Keir Starmer criticised the end to free tests and labelled the statement a “a half-baked announcement from a Government paralysed by chaos and incompetence”.

He said: “Free tests can’t continue forever, but if you’re 2-1 up with ten minutes to go you don’t sub off one of your best defenders.

“All we’ve got today is yet more chaos and disarray, not enough to prepare us for the new variants which may yet develop. An approach which seems to think that living with Covid means simply ignoring it.

“This morning he couldn’t even persuade his own health secretary [Sajid Javid] to agree the plan. So what confidence can the public have that this is the right approach?

“Our plan would see us learn the lessons of the past two years and prepared for new variants. His approach will leave us vulnerable.”

Ian Blackford criticised the UK Government’s lack of communication with the Scottish Government.

The SNP Westminster leader said: “This statement was the Prime Minister’s moment of pride, but it’s clear that this morning has been a moment of panic for this Government.

“Disagreement across Whitehall and a lack of any serious engagement with the devolved nations shows that these decisions are bereft of science or consultation.”

Mr Johnson dismissed Mr Blackford’s comments and insisted “co-operation between the UK Government the Scottish authority has been outstanding and and will continue to be outstanding”.

Liberal Democrat leader Sir Ed Davey described having to pay for lateral flow tests as a “tax on caring”.

He said: “There are millions of family carers across our country taking regular lateral flow tests to ensure they don’t pass Covid onto their vulnerable loved ones.

“Is the Prime Minister really telling people they must chose between money for the weekly shop or a test so they don’t accidentally take this contagious virus into their loved ones’ homes?”

The announcement came after a Cabinet meeting on the plans was delayed due to an alleged disagreement between Mr Javid and Chancellor Rishi Sunak.

Mr Javid is believed to have wanted to continue with free testing, only for the funding to be repeatedly denied by the Chancellor.

He said: “The Government is paralysed by its own chaos and incompetence and the British public are paying the price. This shambles cannot continue.

“What confidence can the public have that the Conservatives are acting in the national interest when they can’t agree a plan for Covid?

“It is clear the Prime Minister was trying to declare victory before the war is over, simply to distract from the police knocking at the door of Number 10.

“Labour published our plan for living well with Covid in January. It would prepare us for new variants and secure our lives, livelihoods and liberties. If the Conservatives are too incompetent to agree their own plan, they are welcome to use ours.”

A No. 10 spokesman insisted: “Cabinet gave unanimous backing to the living with Covid strategy.”