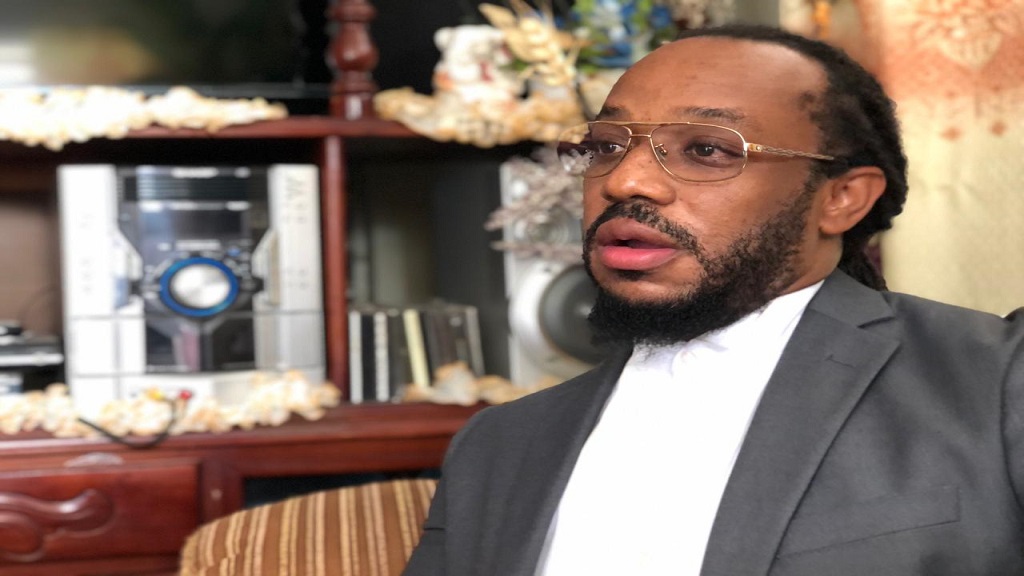 Prominent attorney-at-law and human rights advocate, Isat Buchanan, is under fire on social media site, Twitter, after he questioned the concerns Jamaicans have expressed about monkeypox, claiming that this is while “looking a certain way”, including being “ugly”.

“You made sure to have a doctor in the house this morning, because I want to know why are some Jamaicans so worried about monkeypox when they already look a certain way?” the attorney questioned.

“That’s all I want to know. It’s always the people… You ever notice, ugly people always worried about pretty things. Now here comes monkeypox,” he elaborated.

Buchanan made the comments on national television while co-hosting a programme with People’s National Party (PNP) politician, Raymond Pryce.

Interestingly, Buchanan is the Chairman of the PNP’s Human Rights Commission.

A video of the moments when Buchanan made the comments on the television programme has gone viral, with many persons seemingly left shocked and outraged at the remarks.

“Listen, I have to say this,” Buchanan said while being interrupted by Pryce.

Buchanan persisted in his comments, despite Pryce pointedly telling him to wait.

A seemingly shocked Pryce remained silent throughout the commentary from the attorney who, in turn, thereafter asked Pryce if he would like to respond to his (Buchanan’s) assertions.

“I think we should move on…,” responded Pryce.

Still, Buchanan would not relent in his views on monkeypox and the concern some Jamaicans have in relation to the disease.

“And I am saying that some of the spots look like acne and people walking around and dem face bumpy, bumpy like that. Fix it Jesus, fix it!” the attorney said before the video ends.

One of the characteristics of monkeypox is a rash or skin lesions.

A firestorm has since erupted on social media, as persons have been calling out the attorney for his remarks.

“Isat Buchanan is supposed to be the Human Rights face for the PNP and here he is describing some Jamaicans as ‘ugly already’ and therefore shouldn’t worry about monkeypox,” tweeted Juliet Cuthbert-Flynn, State Minister in the Ministry of Health and Wellness.

“As a race, we have already endured being called monkey. What a disgraceful comment,” she added.

In responding to Cuthbert-Flynn’s comment on the video, a woman tweeted: “I was so irate when I saw this and still am. There’s no way he should be left scot-free and not be reprimanded by (the television station).”

@ RicardoRicket18 stated: “This Isat Buchanan utterance on the monkeypox viral disease in Jamaica is despicable. Man act like a Big Youth. Fix it Jesus! Fix it!”

“We must not allow an audience or a mic to take control of us and our utterances. Self-control is a key ingredient for leadership of any kind,” she tweeted.

“Always RESPECT fellow Jamaicans. Never make fun of acne problems, as it is often tied to one’s self-esteem,” she added.

Another Twitter user, @Phleg1, wrote: “OMG! He will come out and apologise, but say it was only a joke. Human Rights Chair? Smdh. The right to be treated with dignity? No matter how you look? Talk? Your race, class, etc? Surely there is better out there to represent the people.”

Jamaica recorded its first case of monkeypox last Wednesday after a man who travelled from the United Kingdom tested positive.

The patient remains in isolation at a hospital in Clarendon following a brief departure from the medical facility on Saturday, which caused Jamaicans to express fears that the virus could spread locally.

The symptoms of monkeypox, a viral disease, include fever, intense headache, swelling of the lymph nodes, back pain, muscle ache, lack of energy, and/or rash.

Person-to-person spread occurs through: direct contact with monkeypox skin lesions or scabs; contact with clothing or linens (such as bedding or towels) used by an infected person; and coughing or sneezing.

The virus enters the body through broken skin (even if not visible), the respiratory tract, or the mucous membranes (eyes, nose or mouth). The incubation period is between five and 21 days.

Members of the public who experience fever, intense headache, muscle aches and/or rash on the skin, should immediately isolate and call ahead to their health centre or doctor before visiting.

All members of the public should wear a mask, frequently wash hands and practise physical distancing as part of infection prevention and control efforts, the Health Ministry said.