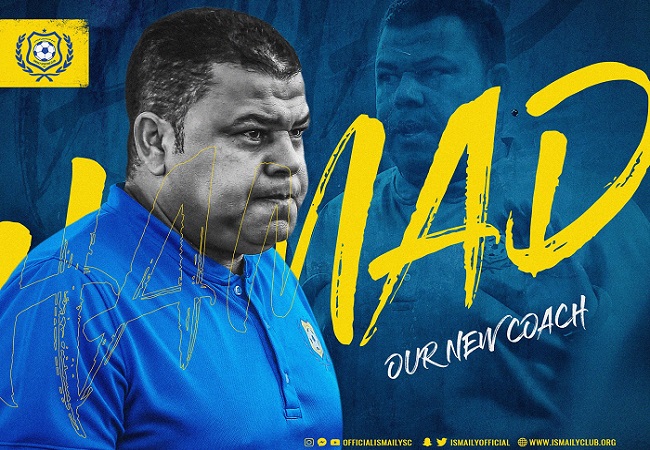 Egyptian Premier League club Ismaily have appointed Hamad Ibrahim as their new coach. The club’s former star signed a two-year-and-a-half contract according to the offical announcement made late on Monday.

Ibrahim, 49, was released yesterday amicably by Pyramids FC from his post as an assistant coach to take charge of the Dervishes, succeeding Argentinian coach Juan Brown.

Ibrahim, who starred with the Dervishes in the 1990s, is due to start his mission with the Suez Canal side on Wednesday, before the team’s game against Gouna in the domestic league.

During the 2020/21 season, Ibrahim served for six months as an assistant manager to Ismaily, who struggled into the last stretches of the season to avoid relegation.

Following a series of poor results, Brown had his contract terminated on Thursday by mutual consent.