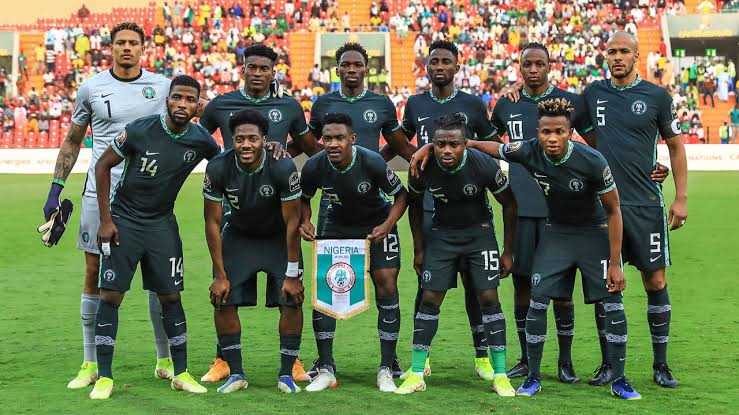 Nigeria Super Eagles will face Carthage Eagles of Tunisia in the Round of 16 of the Africa Nations Cup on Sunday.

Tunisia despite losing a 1- 0 to Gambia in the last Group F game, qualified to the Round of 16 coming as one of the best team.

The Carthage Eagles finished third behind Mali and Gambia winning just one game and will take on Nigeria who topped Group D with nine points.

Nigeria defeated Tunisia by 1-0 at the last edition of the AFCON hosted by Egypt to clinch the bronze medal courtesy of a three minutes goal from Odion Ighalo.

Both teams have met seven times in all competition with Nigeria winning two games while Egypt won once and four ended in a draw.

However, Egypt have not defeated Nigeria in direct games as their only victory was penalty shootout in 2004.

In 2004, the Super Eagles lost to Tunisia 5-3 on penalty shootout after the game ended 1-1 in regulation time.

In 2006, the Super Eagles were victorious against the Carthage Eagles winning 6-5 on penalties.