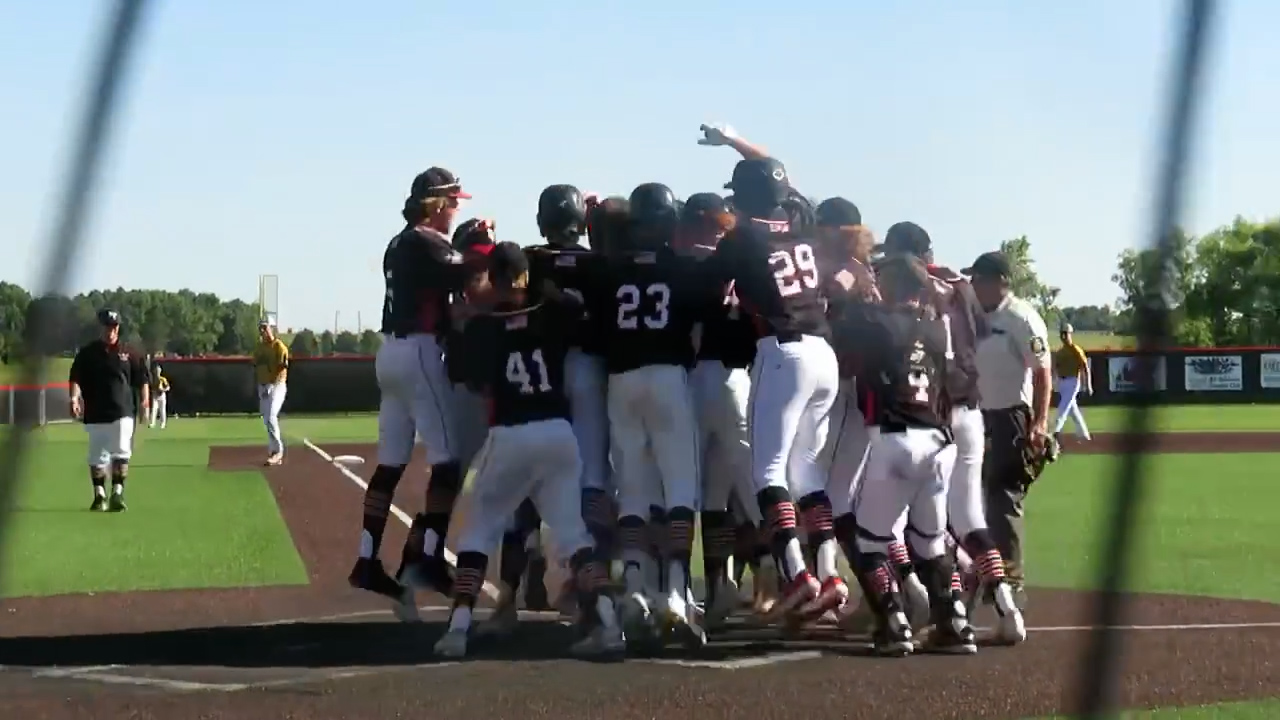 SIOUX FALLS, S.D. (KELO) — The Dakota Classic brought 33 teams to the area this past weekend and with that came many great plays and performances. Here’s a look at the top five plays of the week:

The first honorable mention goes to Sioux Falls East who turns a sharp 4-6-3 double play to end the inning. That defensive effort would help lift Post 15 past Orono, 7-4.

The second and final honorable mention goes to Thompson, North Dakota’s Kyle Odenbach who ranges back, adjusts and then makes the nice diving catch for the out. Despite his effort, Thompson would fall to Dell Rapids, 5-4.

The fifth best play of the week goes to Aberdeen’s Brock Martin who struck out eight of the first nine hitters against Lennox. He’d total 12 strikeouts for the contest as he helped lead Aberdeen to a 9-1 win.

The number four play of the week comes from Brookings’ Justin Cofell who dives to his right to steal a single. He’d then throw to Austin Clark for the impressive out. However, Brookings would fall to Harrisburg.

Checking in at number three is a great play at first by Yankton’s Cooper Grotenhuis. He’d dive to his left and steal a single from a Sioux Falls Christian hitter. Post 12 would claim the 9-4 win over Post 911.

The runner-up play of the week goes to Brookings’ Ashton Witte who makes a long run to his left and then takes a dive as he makes an incredible catch. Despite that play, Brookings would fall to Harrisburg, 5-2.

The top play of the week goes to Brandon Valley’s Austin Reiter. Post 131 trailed by two when Reiter gets a pitch up in the zone and he takes that over the left field fence for the walk-off homerun. Brandon Valley would defeat Rosemount, MN, 5-4.

That’s a look at the KELOLAND.com top five plays of the week. If you have a play you’d like to see on KELOLAND, you can tweet using the #KELOSports.