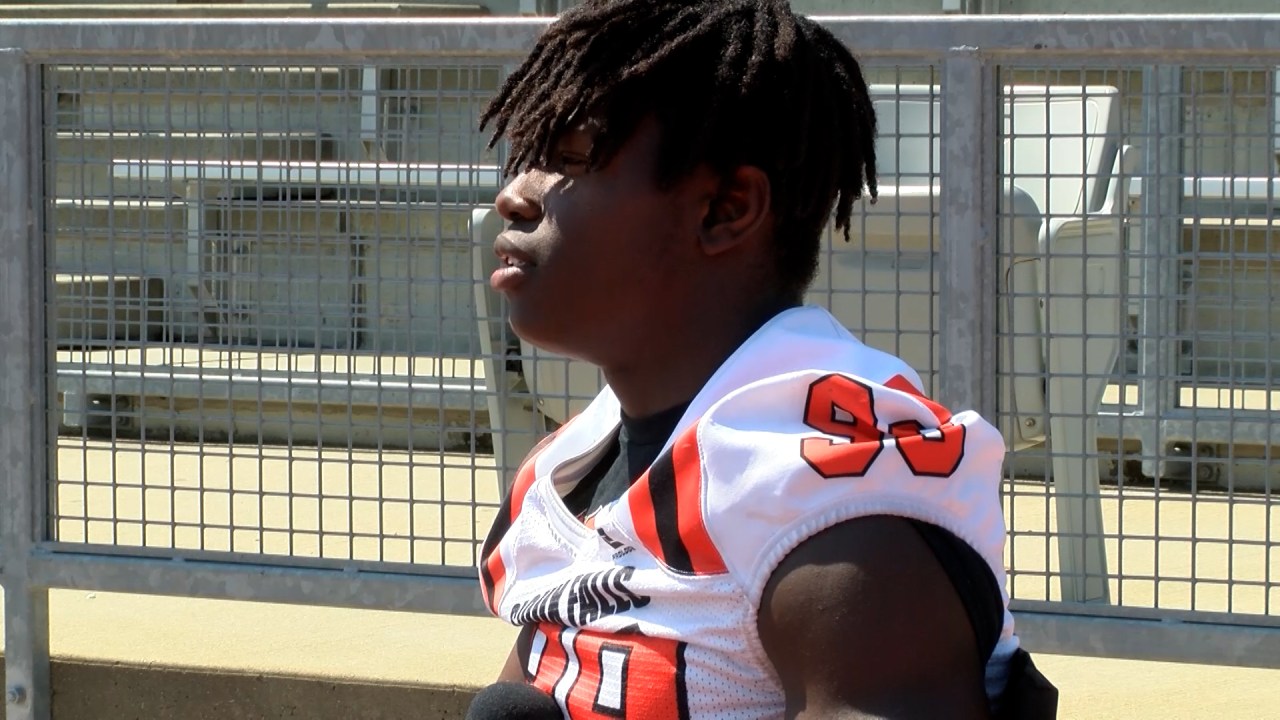 SIOUX FALLS, S.D. (KELO) — All 3 9-Man Football classes and 11B can begin practicing on Thursday, while South Dakota’s 3 largest classes can start on Monday as the high school football season is nearly upon us.

On Wednesday, teams from 11AAA to 11A and 9B came to Howard Wood Field for the KELOLAND Sports High School Football Media Day.

Coaches and players from 8 different schools stopped by to talk about their upcoming seasons, and that included the defending 9B State Champion Dell Rapids St. Mary Cardinals, who are seeking their 3rd straight trip to the Dakota Dome and looking to repeat in 9B.

“Obviously last year we all got to taste what it was like to be state champions. There are a lot of kids that are hungry for it again and obviously want to go back. that’s something that’s been driving us to work hard in the offseason and I’m really looking forward to the season because of it,” Lindeman said.

Sioux Falls Washington also attended the High School Football Media Day. The Warriors are looking to make their way back to the top of 11AAA as they enter their 3rd season under Head Coach Ryan Evans.

“It was a great summer. Our kids really got to work when we got to be with them. They hit the weight room hard and it was fun to work with them when we could with football on the field couple times a week. We got healthier throughout the summer and that’s always nice to be able to say,” Evans said.

Washington senior Abraham Myers was also at media day for the Warriors and shortly following the event he announced his commitment to North Dakota State Football on twitter.