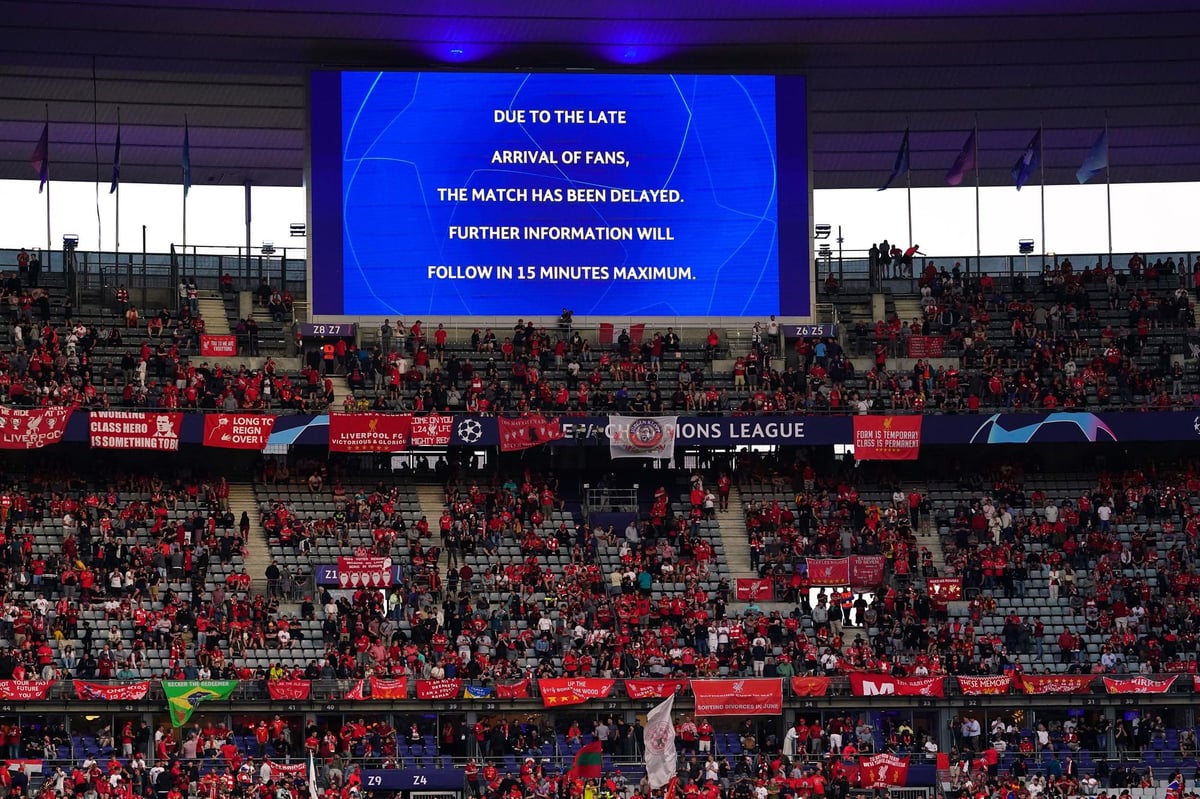 The large display informing followers of a delayed kick off forward of the UEFA Champions League Final on the Stade de France, Paris.

Due to kick off at 8pm, UEFA’s showpiece occasion was pushed again as hundreds of supporters have been unable to get into the stadium in time.

An official communication from UEFA stated that the delay was as a consequence of “security reasons”, with footage and movies on social media displaying giant crowds of supporters queuing to enter the sector.

There have been experiences on Twitter of entry gates being closed and supporters being penned in segregation areas for hours, whereas some eyewitness experiences stated followers have been hit with pepper spray and tear gasoline by the French authorities.

Journalist Kelly Cates tweeted: “I was outside in the chaos well over an hour before kick off and in fact, was within a few hundred yards 2 hours before. Just couldn’t get near. No signposts, no direction, no early ticket checks.”

Liverpool-based journalist Andy Kelly wrote: “Fans queuing outside with tickets for a gate that’s been shut for no reason just been tear gassed. Throughly [sic] unpleasant experience and so dangerous. This isn’t how fans should be treated in a civilised society. Unacceptable.”

German journalist Florian Plettenberg reported that the brother of Liverpool midfielder Joel Matip, Marvin, needed to flee the stadium because of the scene exterior the Stade de France. “Update Paris: Massive chaos in front of the stadium,” Plettenberg tweeted. “The brother of Joel Matip, Marvin, had to flee with his family while they tried to get access in the stadium. His wife is pregnant. Tear gas! They had to take refuge in a restaurant.”

A video on Twitter, which is embedded on this story, confirmed Liverpool supporters leaping over limitations as they approached the stadium.