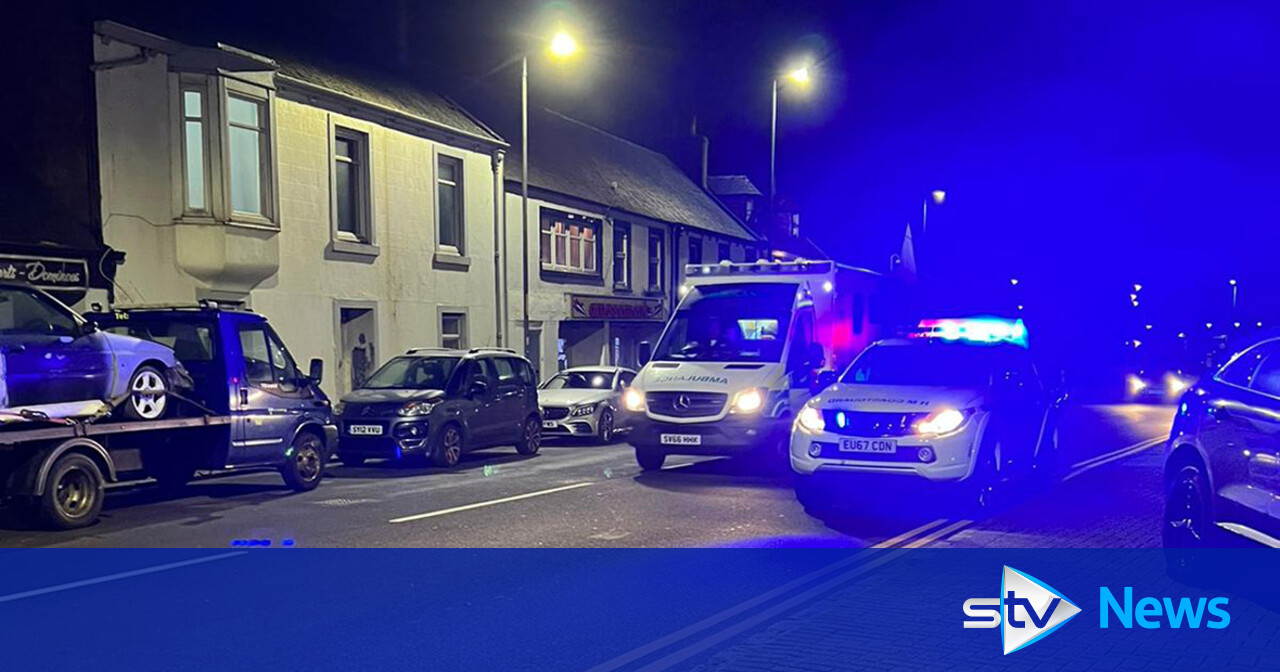 A man who was clinging onto a wooden jetty by his fingertips to avoid being swept out by sea has been rescued by lifeboat volunteers.

Crews were alerted after hearing cries of distress from a man in the water in Girvan, south Ayrshire, on Monday night.

The man had been dragged a considerable distance by a strong river flow on the back of Storm Franklin and was hanging on by his fingertips to the wooden jetty next to the Royal National Institution Lifeboat (RNLI) station in the town.

RNLI crew members, who had just finished regular training and were heading home, split up to embark on a rescue mission.

Some members managed to physically grab hold of the man in trouble, while others flung life rings down so they could be put around him.

Other crew members raced around the harbour and down onto the pontoons to assist in hauling the man from the water, while help was also provided by the Girvan Coastguard rescue team.

Girvan Lifeboat coxwain/mechanic Callum Govus said: “The casualty was extremely lucky this evening in the fact we happened to be there at the time and were able to get to him so quickly, having been in the freezing water for a total of 15 minutes.

“The gentleman after falling between his large boat and the jetty into the water had been washed through under the jetty by the raging river and had managed to cling on by his fingertips at the other side of the jetty in the harbour in total darkness.

“Potentially if we had been another few minutes heading out the door to training this man would have been swept away by the current out the pier end with the river in spate and no one would have known it had happened.

“I commend the crew for their quick actions and their training that kicked in which resulted in a life saved this evening.”

The rescued man received first aid at the scene and was then handed into the care of the Scottish Ambulance Service and transferred to a hospital in Ayr.