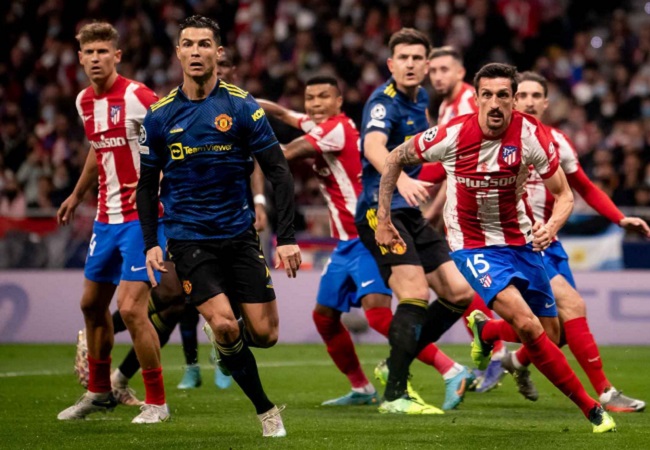 Manchester United will face Atletico Madrid in the Champions League this Tuesday with Bruno Fernandes in the starting line-up. Their second leg at Old Trafford will kick-off at 20:00 GMT.

A positive test for Covid-19 ruled the midfielder out of Saturday’s win over Tottenham. And Ralf Rangnick declared his squad fully fit ahead of the last-16 second leg at Old Trafford this evening.

That means a return to the squad for Scott McTominay. Luke Shaw remains however absent.

“As it is right now, we have all the players available for the game tomorrow.” The manager stated on Monday.

“There is a small question mark behind Luke Shaw. He has been training yesterday and today. But we have to wait to see if he is fully fit to be available for the game, all the other players are back in training and ready for tomorrow.” Addaed the coach.

Edinson Cavani, Aaron Wan-Bissaka and Anthony Elanga were all named on the bench against Spurs. But only the Swede starts, while Cristiano Ronaldo showed he has fully shaken off a hip problem by scoring a hat-trick.