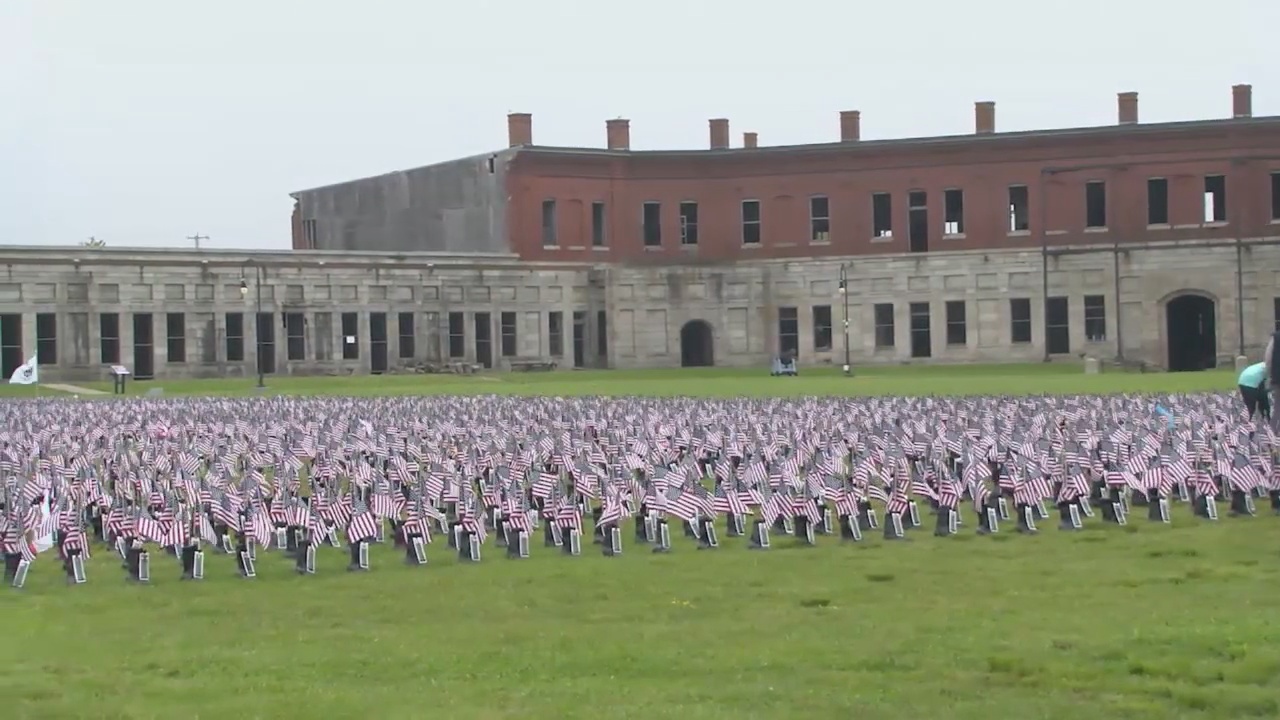 NEWPORT, R.I. (WLNE) — As packed streets and busy crowds took over downtown Friday, dozens at Fort Adams stood in silence, remembering their family members on the Boots on the Ground for Heroes Memorial.

Family, buddies, and state leaders like Gov. Dan McKee positioned boots of the 29 fallen service members of the Ocean State since 9/11. They had been positioned alongside 7,026 different American boots on the identical floor.

“Just a tough time,” mentioned Ron Gill, a dad or mum of a fallen Rhode Island soldier. “For us, Memorial Day is every day. It’s something different. It’s not about the hot dogs or a three-day weekend. It’s to memorialize all the young men and women who gave their lives serving our country.”

Alongside households who additionally misplaced family members, Gill was saddened that those that gave the final word sacrifice are sometimes missed this weekend.

He defined, “It gets lost. It’s the most expensive day of the year, because there are so many lives to have this day. People just don’t know that or have forgotten that.”

With a message to Rhode Islanders, Gill concluded, “Go to a cemetery. Visit a veteran who gave his or her life for this country. Speak to them. Say their name out loud. They’ll hear you.”

The Boots on the Ground for Heroes Memorial shall be open to the general public by Memorial Day.