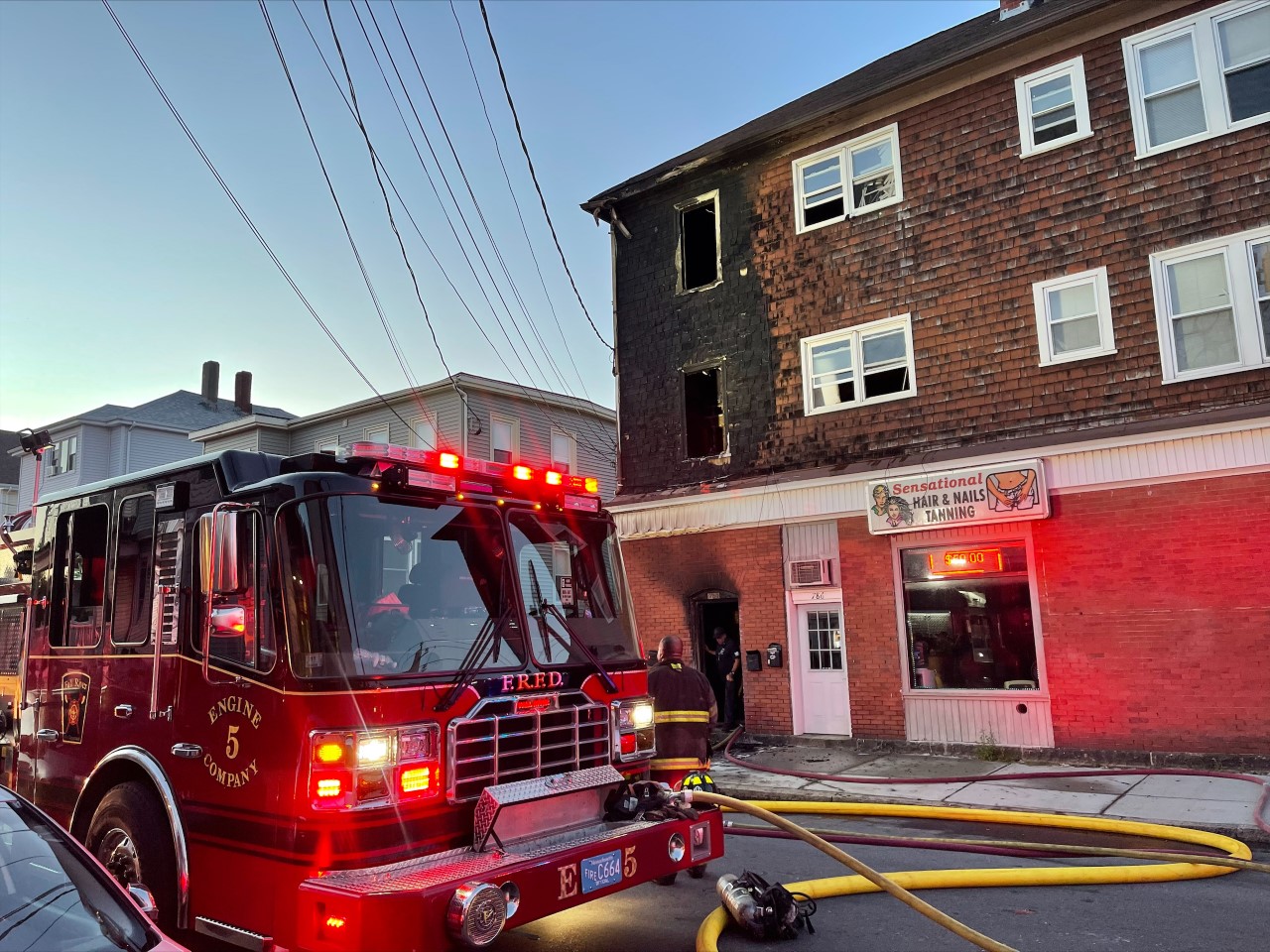 FALL RIVER, Mass. (WPRI) — Nathan Justa had just returned from the grocery store when he saw smoke pouring from a nearby building.

Moments later, he said flames began shooting from the windows of the Globe Street triple-decker.

“It all happened so fast,” he said. “The flames just [started] roaring.”

That’s when he took off running toward the nearby fire station to call for help.

“I ran as fast as I could,” Justa recalled. “My biggest fear was that the fire was going to spread to other buildings.”

“We live in a really old city with some really old buildings,” he continued. “I was really worried about the surrounding homes.”

The building is home to several apartments and a nail salon. Acting District Fire Chief David Jennings tells 12 News it appears that a stroller caught fire in the stairwell.

Jennings said firefighters arrived to find a woman holding an infant trapped on the roof.

With her were the other tenants, who were forced to evacuate to the roof using the fire escape.

Jennings said all of the tenants were brought to safety as firefighters worked to knock down the flames in the stairwell.

Thankfully, he said the fire did not extend into any of the four apartments, though two of the units did sustain some smoke damage.

“It could’ve been worse,” he said. “If they’d left their doors open like most people do, the fire could have spread and we could have lost the whole building.”

Jennings said no one was seriously injured, though the mother and her infant were transported to a nearby hospital.

The tenants have all been displaced, but only temporarily, according to Jennings. He said the building should be inhabitable within the next day or so.

The exact cause of the fire remains under investigation at this time.