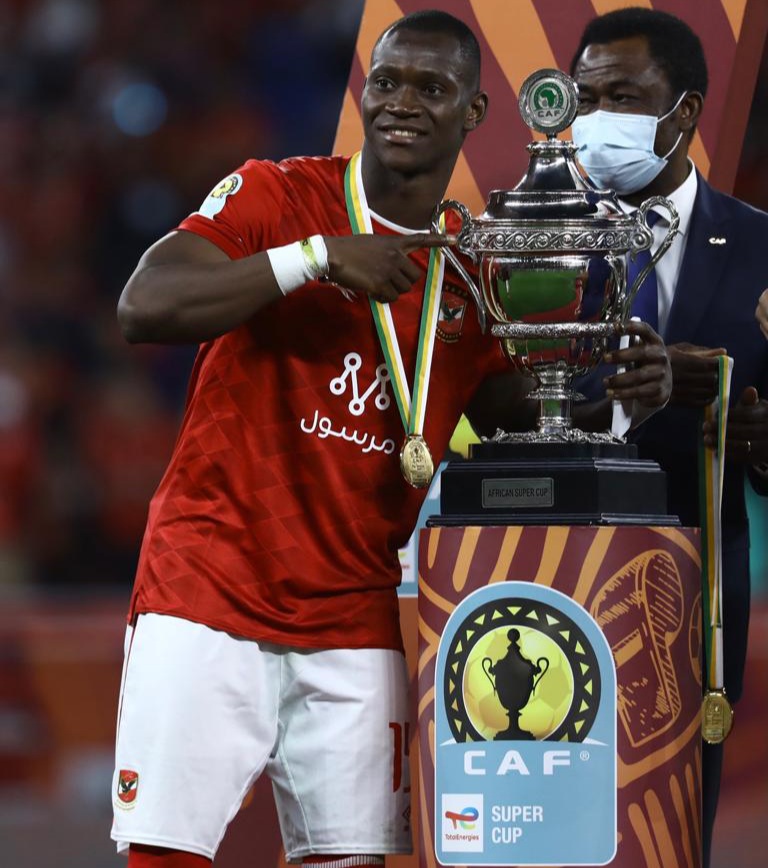 Al Ahly coach Pitso Mosimane has revealed that the Egyptian giants practiced penalty shoots out in the build up to CAF Super Cup final win over Moroccans Raja Casablance  in Qatar on Wednesday evening.

He said this after Al Ahly lifted the cup after the dramatic 6-5 post-match penalty win over Raja Casablanca.

In reaction, the South African coach told the club’s website: “I would like to thank the club’s president El Khatib (Bibo), the board, and everyone.”

“I feel good. We have to congratulate and thank the players. We practiced penalties during the training sessions before the match.

“We played against a tough opponent who tried to waste time in the end but we had the spirit to win.”

Al Ahly came from behind to equalize in the 89th minute and cancel of the Moroccans’ earlier lead earned from an own goal.

After the 1-1 stalemate, Al Ahly came out out tops in the post-match penalties to seal the win.

Mahmoud El-Khatib has since congratulated Mosimane and his backroom staff for the win.