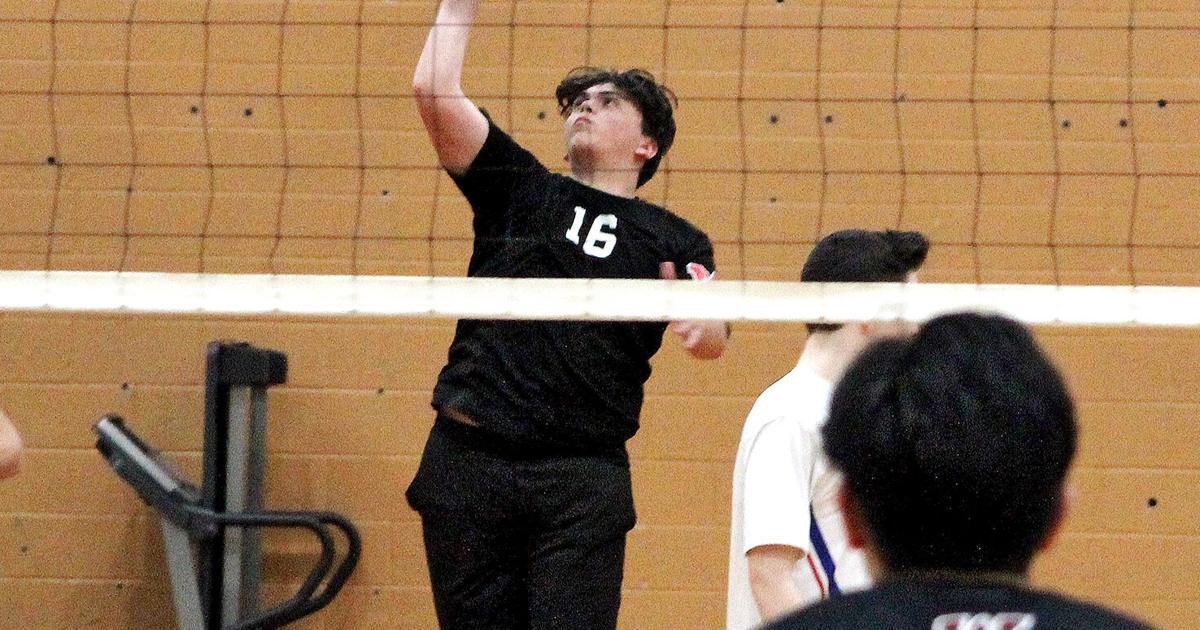 WOONSOCKET – The first-year Mount Saint Charles/North Smithfield co-op boys’ volleyball staff accomplished the primary half of its Division II season with a ‘0’ within the loss column final Friday night time by blanking neighboring Woonsocket High, 3-0, within the Novans’ health club.

But although the co-op staff entered the second half of its season with a 9-0 file that was two video games higher than East Providence (9-2) and three higher than Pilgrim (8-3) within the standings, veteran head coach Josh D’Abate is aware of that his squad nonetheless has a really lengthy option to go earlier than the postseason begins after Memorial Day weekend.

“We’re trying to be that team,” D’Abate stated after Friday’s victory, which noticed MSC/N.S. sweep the Novans by scores of 25-12, 25-18, and 25-18. “We’re playing well and making small improvements each day because the goal is to play our best volleyball at the end of May and beginning of June.”

MSC/North Smithfield, which started the second half of their season on Monday night time by blanking Barrington, 3-0, have gained all however two of their matches in three units, dropping the second set in its 3-1 victories earlier this season at residence over East Providence and Pilgrim.

In final Friday’s match, the Villa Novans, who dropped to 4-7, tried to take the second set from their guests by getting back from a 7-1 deficit to take a 12-10 lead, with the ultimate six factors coming off the service of senior Nathan Fowler. But MSC/North Smithfield answered again with a run of its personal to win the set.

“We’re trying to find some rhythm with our team,” D’Abate stated. “I don’t know if we played our true starting lineup yet this season, which is kind of scary if you think about it. We’ve been mixing and matching a lot of different lineups, so sometimes when that happens, you see that kind of complacency or lack of continuity. But I think we’re getting closer to where we want to be at the end of the season, which is kind of fun to think about.”

D’Abate, who used all his gamers in final Friday’s victory, acquired an enormous night time from sophomore outdoors hitter Connor DeSousa, who celebrated his birthday with 10 kills and 6 digs.

Sophomore setter Caden Sullivan, who D’Abate stated “does a phenomenal job and is running our offense really well,” handed out 25 assists, and in addition contributing to the win had been sophomore center blocker Tom Matchett and out of doors hitter Carter Deslauriers (six kills every), senior outdoors hitter Caleb Kelly (5 kills), and sophomore Ben Sousa (5 digs).

“We mixed our outsides pretty consistently tonight,” D’Abate stated. “I thought all our outsides did a nice job.”

In Monday’s victory over Barrington, which MSC/North Smithfield gained by scores of 25-19, 25-21, and 25-12, Matchett delivered eight kills, six digs, and 4 blocks and Deslauriers added 9 kills.

MSC/North Smithfield, which was scheduled to go to Central on Tuesday night time on the Providence Career & Technical Academy area home, is again in motion tonight at 6 p.m., because the co-op squad will face a staff it hadn’t seen but this season, the Tolman/Shea co-op staff, at North Smithfield High.

“I know (Tolman/Shea head coach) Neil (Nachbar) always does a good job with his kids, so it’s going to be fun to see a new team,” D’Abate stated.

For now, the staff will give attention to getting higher every recreation, and after greater than a month collectively, the co-op has been a enjoyable expertise for D’Abate, who coaches together with Carlos DeSousa and assistant coaches Amy Gravel and Rich Sousa.

“(The players) get along really well with each other,” D’Abate stated. “They work hard in practice and they joke around a lot, but they know when it’s time to be serious. It’s been fun, and it’s a different vibe from what I’m used to.”