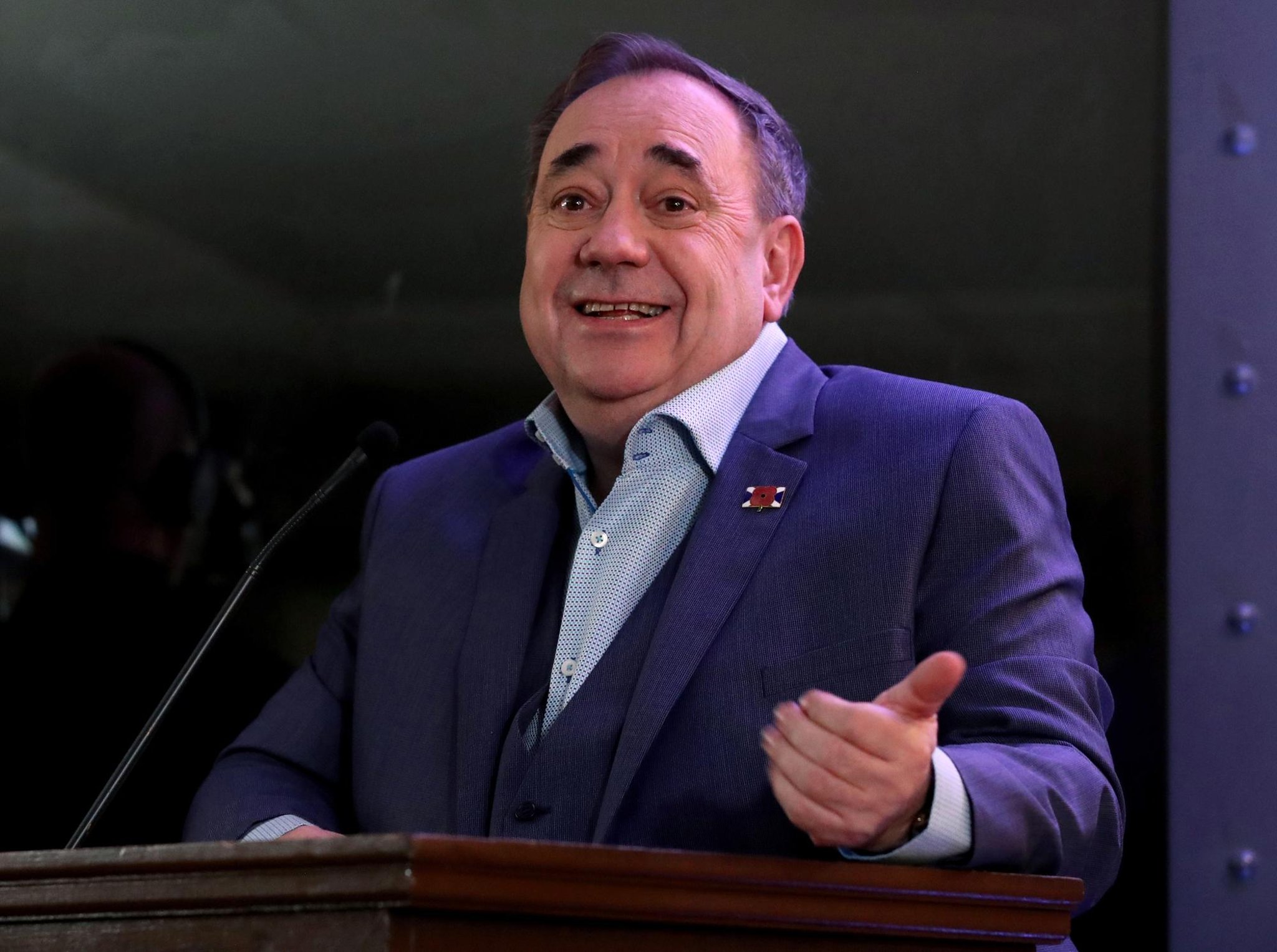 The First Minister made the comments at Bute House on Wednesday during a meeting with Yevhen Mankovskyi, acting consul general for Ukraine, and Linda Allison, chair of the Association of Ukrainians in Great Britain.

Her declaration comes as Boris Johnson confirmed during Prime Minister’s Questions that culture secretary Nadine Dorries had written to the television regulator about reviewing RT’s operation.

Asked whether she agreed with calls for RT to be banned in the UK, Ms Sturgeon said: “Yes, I do.

And I would certainly encourage Ofcom to look at that very, very seriously and closely indeed.

Ms Sturgeon said elected officials should not appear on the broadcaster.

“I don’t think any elected representative should be contemplating appearing on RT right now,” she said.

“I will give that message – have given that message – to elected officials here at the Scottish Parliament. I know Ian Blackford has done so in Westminster.”

In a letter to Ofcom, Ms Dorries said the channel was “demonstrably part of Russia’s global disinformation campaign”, adding: “I have concerns that broadcasters such as RT, whom Ofcom have found to have repeatedly breached the broadcasting code in the past, will also look to spread harmful disinformation about the ongoing crisis in Ukraine here in the UK.”

In the Commons, Labour leader Sir Keir Starmer called for a ban on RT broadcasting in the UK.

He said: “We must also do more to defeat [Russian president Vladimir] Putin’s campaign of lies and disinformation.

“Russia Today is his personal propaganda tool. I can see no reason why it should be allowed to continue to broadcast in this country, so will the Prime Minister now ask Ofcom to review its licence?”

Mr Johnson replied: “I believe that my right honourable friend the secretary of state for culture, media and sport [Dorries] has already asked Ofcom to review that matter, but what I will say is that we live in a democracy and we live in a country that believes in free speech, and I think it’s important that we should leave it up to Ofcom rather than to politicians to decide which media organisations to ban.

“That’s what Russia does.”

He told the Commons: “The truth is that Russian oligarchs who give the right people in power a golden handshake have been welcomed into London for years. Their activities weren’t stopped, they were encouraged.

“Plenty of these golden handshakes just so happened to find their way into the coffers of the Conservative Party, £2.3m in fact, since the Prime Minister took office.”

He added: “How can our allies trust this Prime Minister to clean up dirty Russian money in the UK when he won’t even clean up his own political party? Will he finally commit to giving up the £2.3 million his party has raised from Russian oligarchs?”

Mr Johnson said Mr Blackford’s “indignation” was “a bit much coming from somebody whose very own Alex Salmond is a leading presenter, as far as I know, on Russia Today, which the leader of the opposition has just called on this country to ban”.

Lib Dem MP Jamie Stone was cheered by Tory MPs as he also challenged the Government over Mr Salmond.

He said: “Mr Speaker, let’s be quite clear about this. Is it not an absolute disgrace that a Privy Councillor, an advisor to the Queen, and a former first minister of Scotland sees fit to broadcast his half-baked world views week after week on Russian television?”

The Prime Minister replied: “Mr Speaker, that was a brilliant, powerful question, which I think the whole House assented.

“Would it not have been more powerful if it had come from the leader of the Scottish National Party?”

Meanwhile, Scottish Lib Dem leader Alex Cole-Hamilton has called for Mr Salmond to be removed from the privy council.

Writing to the Lord President of the Privy Council, Mark Spencer, the Lib Dem leader said: “I believe Mr Salmond’s close and financial association with an agent of a hostile state should therefore render him unfit to offer further advice to Her Majesty the Queen from his role as a privy councillor.

“As such I ask that you consider his immediate expulsion from membership.”

RT responded to the announcement by labelling the UK Government “hypocrites”.

Anna Belkina, RT’s deputy editor-in-chief, said in a statement: “RT’s operational and editorial independence from all governments is legally protected and always has been.

“Yet UK politicians are now openly and brazenly interfering in institutions they have long touted as supposedly independent and wholly free from political pressure, exposing their self-proclaimed commitment to such values as free speech and regulatory independence as nothing but a sham.”