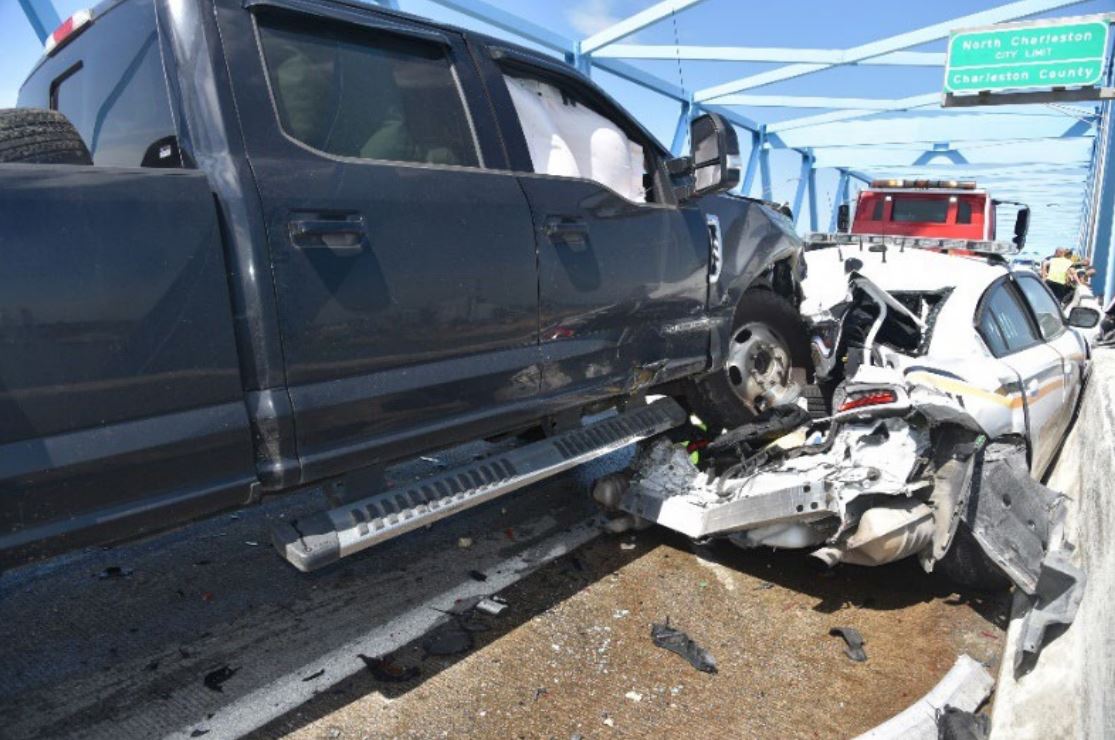 CHARLESTON, S.C. (WCBD) – The National Transportation Safety Review Board (NTSB) has concluded that fatigue was likely the cause of a July 2020 crash on the Don Holt Bridge that killed one man and left a Charleston County Sheriff’s Office (CCSO) deputy critically injured.

On July 1, 2020, tow truck driver William Ellis and CCSO Deputy Mike Costanza stopped to help a disabled vehicle parked on the side of the bridge when all three cars were struck by an oncoming semi-truck. Ellis was knocked over the side of the bridge and killed. Costanza was pinned between one of the cars and the side of the bridge, leaving him with multiple breaks to his back, leg, ankle, and shoulder. He spent weeks recovering and learning to walk again while at a rehabilitation facility in Atlanta.

An NTSB review concluded that the driver of the oncoming truck was likely fatigued, which impaired his ability to drive.

According to the driver, he got to his destination between 10:00 p.m. and 11:00 p.m. the night before the crash then woke up at 6:00 a.m. the morning of the crash. Cell phone activity through 11:26 p.m. led investigators to conclude that the driver could not have slept more than six and a half hours max. He also slept is truck while parked in a parking lot.

“An uncomfortable sleep environment can lead to sleep disruption and a net effect of less overall sleep. Research indicates that drivers who have slept for less than 7 hours in the past 24 hours have significantly elevated crash rates (Tefft 2016). Although the crash occurred during the day, when fatigue-related crashes are less likely to occur, given the sleep opportunity of less than 7 hours, along with poor quality of sleep, it is likely that fatigue contributed to the crash.”

The investigation determined that the driver was not on his cell phone at the time of the crash, but he did tell another witness he was distracted by a ship in the harbor.

The report did state that a witness saw the driver of the truck hiding something in a sack of hay in the truck bed following the crash. Police later found out that it was a case of beer. The driver admitted to drinking two or three beers the night before, and passed a field sobriety test administered after the crash.

In conclusion, NTSB determined “that the probable cause of the North Charleston, South Carolina, crash was the pickup truck driver’s inattention to the driving task, likely due to fatigue, which resulted in his failure to respond to stopped vehicles in his travel lane.”