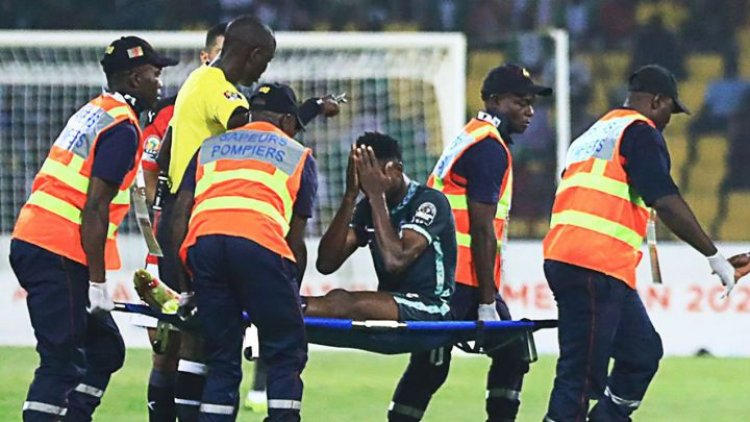 Super Eagles defender Kenneth Omeruo could miss the next Group D game against Sudan at the ongoing African Cup of Nations AFCON.

Omeruo was replaced in the second half after he picked up an injury in Tuesday’s 1-0 win against Egypt.

The Leganes defender formed a solid defence alongside William Troost-Ekong to shut Mohamed Salah and his teammates from penetrating the Super Eagles box.

Omeruo was later replaced by West Brom defender  Semi Ajayi after picking up an injury.

However, the technical crew led by Austine Eguavoen had not given any update if he will not be available for Saturday’s game.

Super Eagles currently top Group D following the victory over Egypt while Sudan and Guinea-Bissau settled for a draw in the second group game on Tuesday.