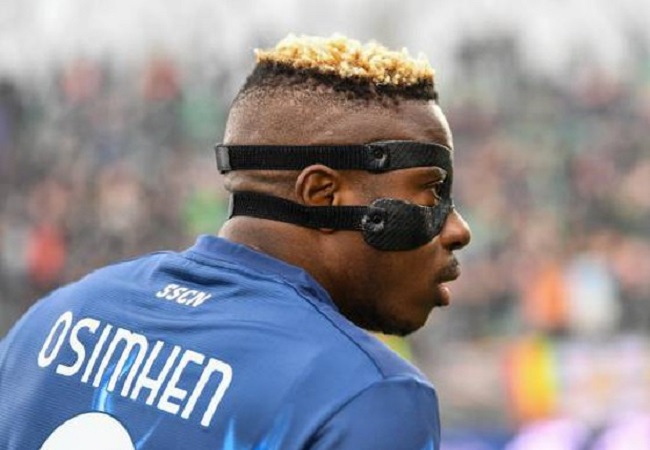 But the club’s record signing was still not satisfied with the result. The Nigerian international has expressed his displeasure with Napoli’s last-gasp 1-1 draw away to Cagliari .

After a weekend when their main rivals for the Scudetto – Inter Milan, AC Milan, and Juventus – failed to claim maximum points, Napoli were looking to leap to the top of the Italian Serie A table with a win at the Unipol Domus.

However Napoli, who started the clash with Osimhen on the bench, looked second best for the most part against Walter Mazzarri’s men.

And with the Neapolitans appearing doomed to suffer their fifth defeat of the campaign, super-sub Osimhen nodded home an 87th-minute goal to cancel out Gaston Pereiro’s first-half opener.

The draw left Luciano Spalletti’s side in third place levelled on points with Inter and two further behind leaders AC Milan.

Osimhen wished his side could have capitalised on the failings of the others. However, he expressed optimism that Napoli would not give up the fight in the race for their first league title in more than two decades.

“Disappointing Result. But We Will Keep Pushing Till The End.” The 23-year-old wrote on Twitter.

Osimhen and Napoli will need to quickly resharpen their focus and turn their attention to the crucial second-leg Europa League contest against Barcelona on Thursday. The first leg ended 1-1 at the Camp Nou.