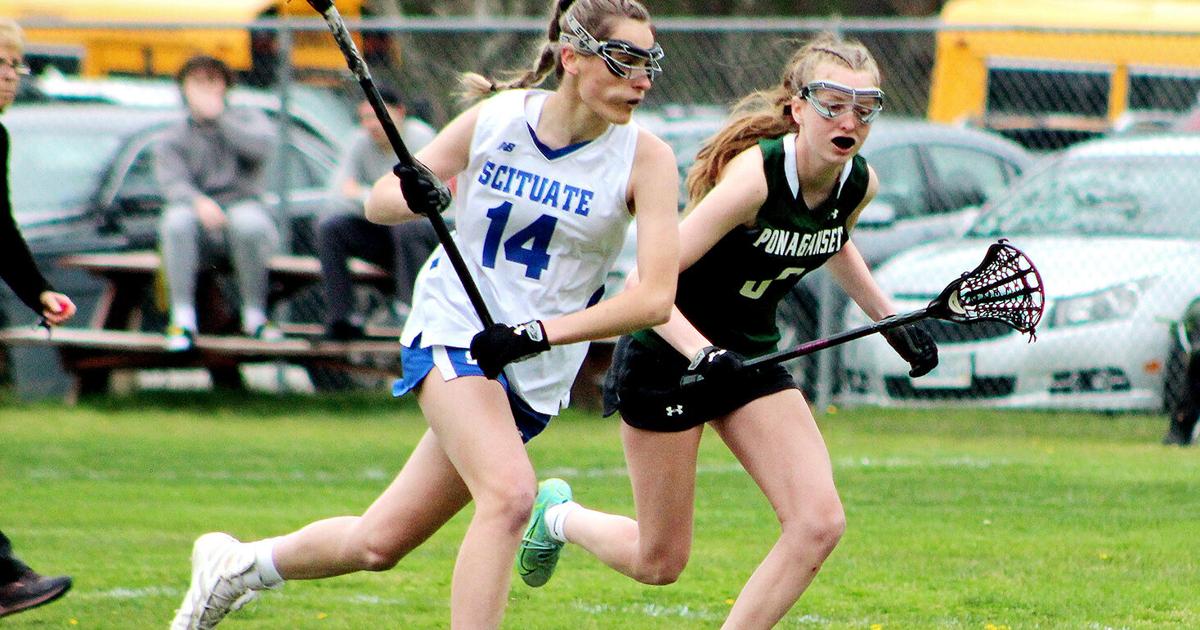 SCITUATE – The Ponaganset High ladies’ lacrosse crew picked up its fourth victory in 5 video games on Monday afternoon by profitable its most thrilling matchup so far.

Facing neighboring rival Scituate in a Division III showdown at Manning Field, the Chieftains overcame a late comeback by the Spartans and got here away an thrilling 11-10 win when senior Hannah Parker scored her third aim of the sport with 1:13 to play.

Down by a 10-7 rating with 6:53 left within the recreation, the Spartans dramatically tied the rating at 10-10 with 2:06 to go on senior Sophie Pedro’s sixth aim of the afternoon. Pedro had scored three straight targets to knot the sport, and on her equalizer, she took the ball from behind her personal web, sprinted down the sector, and fired it into the again of the Chieftains’ web.

“It was a very good game,” Ponaganset head coach Amy Cardone stated. “They stayed with it; they didn’t give up. They were patient, and we’ve been working on that a lot this year because sometimes they tend to rush. We’ll get on a tear and they will try to rush shots and rush plays.”

Junior Brook Batista and sophomore Jaina Yekelchik additionally scored a pair of targets for the Chieftains, who entered Tuesday’s motion trailing three unbeaten groups, North Smithfield, East Providence, and the Providence Country Day/Blackstone Valley Prep co-op squad, and Cranston East, which is 6-1, within the battle for first place within the division.

The Spartans, in the meantime, slipped to 4-3, “but I’m super proud of my girls,” added Scituate second-year head coach Jenna Mastewski, who additionally acquired two targets from juniors Mia Clancy and Emily Vernon. “It’s always a competitive, fun game when Scituate plays Ponaganset. It was a hard, tough game from start to finish, and unfortunately, we didn’t end up on top.”

“But my girls never gave up, and our goalie had an incredible game,” Mastewski added. “And congrats to Ponaganset; they did an awesome job as well.”

Ashley Drury was in web for the Spartans, and Cardone gave her a shoutout in her post-game remarks.

“It was hard to get (shots) past her,” Cardone stated. “We finally realized that you had to put the ball low, but not whip it in there, because she wasn’t afraid to step into it, as it would go off her shin pads. Their goalie was really, really good.”

On seven events, the rating was tied, and there have been fairly a number of lead modifications as nicely. At halftime, the Spartans held a 6-5 lead, and after Pedro scored the primary aim of the second half, the Chieftains got here again with the subsequent 5 targets to take their largest lead of the sport. Pedro then scored the subsequent three targets to tie the sport, however Parker untied it together with her game-winner.

“Sophie is really strong as a middy for us, controlling both the center of the field, the attack, and the defense,” Mastewski stated of her senior captain. “She’s a really strong force for us. We also have Hannah Ward and Sophia Capasso really holding strong in the back, and Emily Vernon, Mia Clancy, and Julia Taylor are all forces on offense as well. But it’s been a team collective effort, and every girl that’s on the field at any given point is contributing to our success.”

The Chieftains have been led this yr by their two captains, Parker and senior Grace Dandeneau, “and they really set the tone in practice and during games,” Cardone stated. “When things seem like they’re starting to go south, they kind of get everyone back on track and focused.”

The Chieftains have some expertise with 5 returning starters, however they’ve a model new goalie in junior Skyla Picard, who’s been “picking it up and learning,” Cardone stated.

“For the most part, we’ve been playing well,” Cardone stated. “We had a tough game against North Smithfield, which was our loss. We didn’t play well at all. We were missing a few starters in that game because of April vacation, but they’ve rebounded nicely from that loss, and hopefully, we learned a lot of things from it.”

While the Chieftains, who’re of their sixth season as a varsity program, are zeroing in on their third straight profitable season, the Spartans, who’ve fielded a crew since 2007, are vying for his or her fourth in a row.

“It’s been a tough couple of years for everyone, so it’s been fun to get back out here and have a full, long season,” Mastewski stated. “Last year’s season was cut shorter than usual, so this one has been fun, and it’s been good so far. We have a great team that works well with one another. It’s a good collective group, and we hope we can get off some more wins before the playoffs begin.”

The Spartans will subsequent face the PCD/BVP co-op crew on Friday at 4 p.m. at PCD’s campus in East Providence, and their targets and expectations the remainder of the season are to easily have enjoyable and develop.

“We want to continue to work hard and play well together,” Mastewski stated. “We want to grow as a team, both with the little things, like stick skills, and also the bigger things, like coming out with big wins and making great plays.”

The Chieftains are again in motion right now at 5 p.m. with a match at Coventry, and on Saturday at 5 p.m., they are going to host Classical.

“We have some tough games still ahead on our schedule, but we just have to keep playing patient and playing smart,” Cardone stated of her crew’s targets going ahead. “You can’t make silly mistakes because they can come back and hurt us. In lacrosse, one mistake can lead to a quick turnover and a goal.”