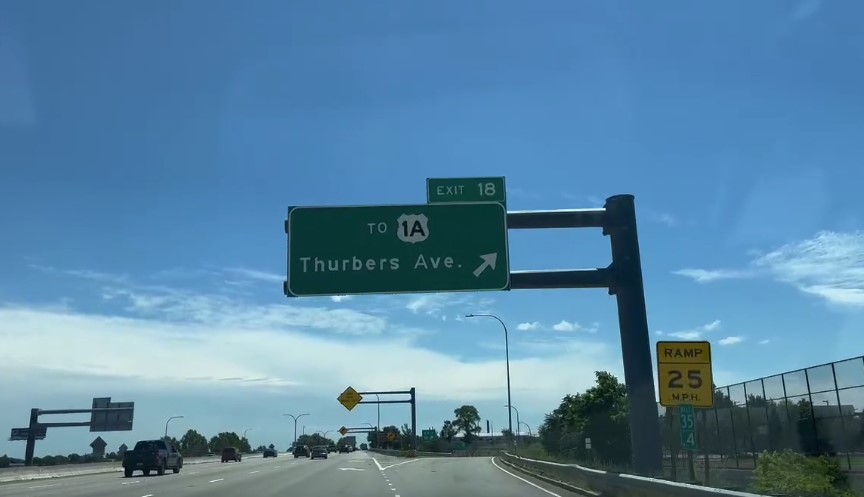 State police said Harry Cornier, 45, and two other motorcyclists were on the off-ramp to Thurbers Avenue just after 4 p.m.

Cornier allegedly hit the mirror off a moving car. The other motorcyclists fled the scene.

He is charged with reckless driving, disorderly conduct, and obstructing an officer.