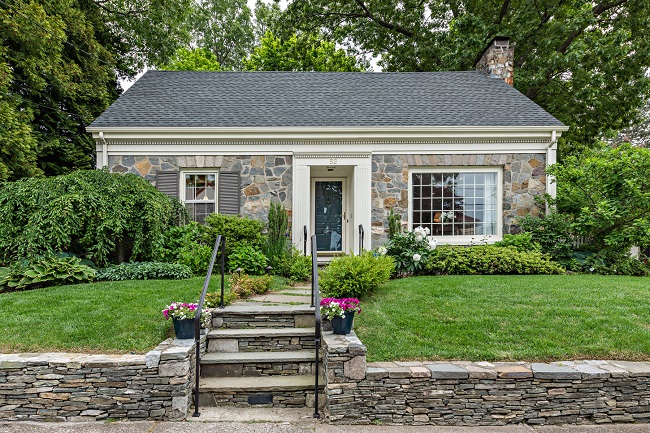 PAWTUCKET – In the biggest single-family home sale ever recorded in the city, a Cape Cod-style house near the East Side of Providence recently was purchased for $957,900, according to Mott & Chace Sotheby’s International Realty, which represented the seller in the deal.

The purchase of 52 Capwell Ave. marked a new high point for single-family home sales in Pawtucket, according to the real estate firm, citing data from the Rhode Island Statewide Multiple Listing Service.

The 2,100-square-foot home is 1 1/2 stories and was constructed in 1955 but was renovated in recent years, according to Mott & Chace. The wood-shingle house with a stone veneer, built on a 0.15-acre lot, contains four bedrooms, two full bathrooms and a half-bathroom.

Overlooking the backyard is a screened porch in the rear of the building, Mott & Chace said.

The home was sold by Colleen Johnston to Jeffrey Simmons and Sherri Simmons, according to a copy of the deed, a public record documenting the transaction.

The sale of the home comes shortly after the recent $900,000 sale of 45 Dryden Ave., which had matched a previous record set for single-family homes in Pawtucket. The record was set previously in April when 48 Underwood St., a home known as Underwood Manor, sold for the same amount.

The Dryden Avenue home is a two-story, 3,165-square-foot colonial that was built in 1931, according to Residential Properties Ltd., which represented the buyer in that deal.