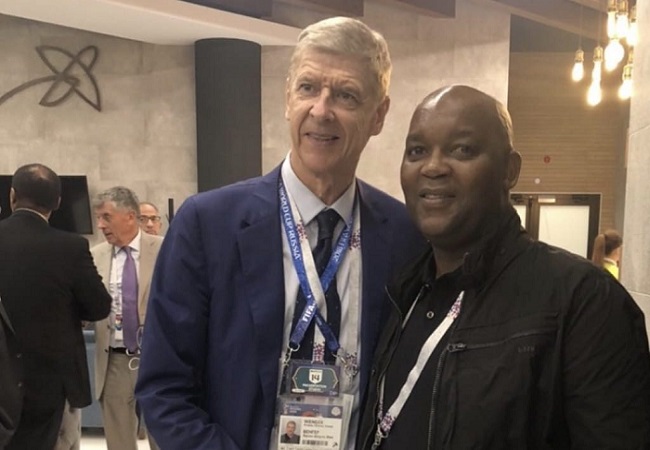 On Thursday, Pitso Mosimane shared a picture of him with Arsene Wenger. Al Ahly coach Mosimane had the luxury of meeting former Arsenal manager Wenger ahead of Saturday’s clash between Al Ahly and Mamelodi Sundowns. The CAF Champions League titanic clash will kick off the at Cairo International Stadium at 19:00 GMT.

According to Mosimane, the meeting with Wenger was supposed to last for 15-20 minutes. But it ended up going on for up 120 minutes.

Mosimane thanked among others Kalusha Bwalya, David Dean, Banyana Banyana coach Desiree Ellis and MT Sports for making it possible for him to meet Wenger.

Mosimane’s meeting with Wenger comes a few weeks after he was surprised with a handshake and a hug by Chelsea manager Thomas Tuchel.

The encounter between the two happened during the presentation of the medals and awards and trophies at the FIFA Club World Cup.