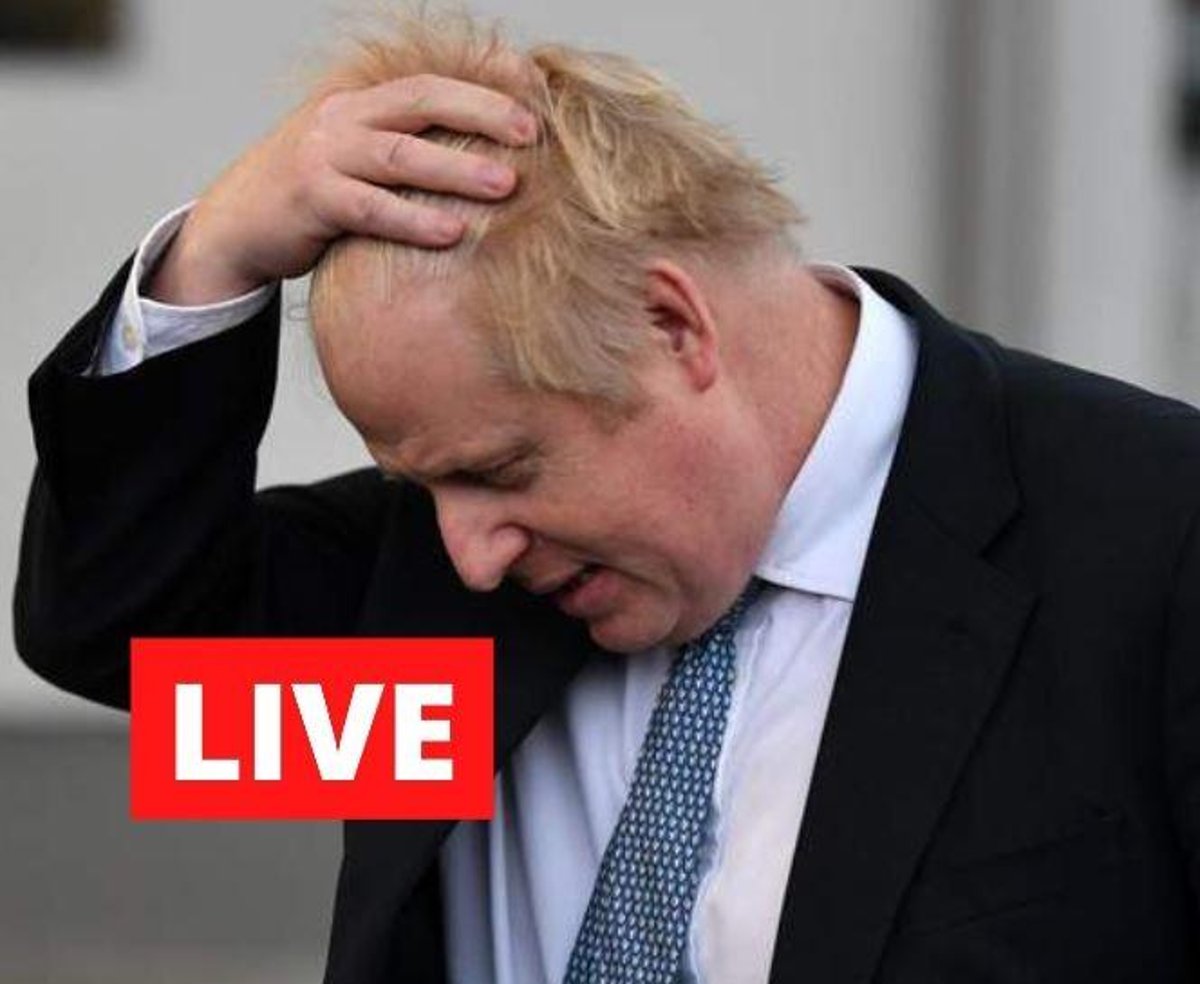 In Tiverton and Honiton the Liberal Democrats overturned a 24,000 Tory majority to win, while in Wakefield, Simon Lightwood was elected with a majority of 4,925 on a swing of 12.7% from the Tories to Labour.

Wakefield was one of the so-called red wall seats won by the Tories in the 2019 general election after being Labour since the 1930s.

Deputy Prime Minister Dominic Raab has described the Conservative party losses in the by-elections being the result of a “perfect storm”.

Speaking on the Today programme on BBC Radio 4, he said: “My view is that the by-elections, both of them, were the result of the perfect storm of very difficult local scenarios, given the situations of the previously sitting Conservative MPs, plus the national headwinds, first of all, inevitably, for a mid-term government, but also, frankly, the distractions that we’ve had.

“I think the Prime Minister put it well: we need to listen very carefully, we need to take that feedback.

“I think (with) Tiverton, the most striking thing is how many of our supporters didn’t come out. We need to spend the next two years absolutely relentlessly focused on delivering our plan, without those distractions and with a real calm focus on delivering.”

Mr Raab defended the Prime Minister, who broke his own covid lockdown rules.

Home Secretary Priti Patel said the Prime Minister told her the Government is “cracking on with task” after the double by-election defeats.

Asked what Boris Johnson said to her following the results, she told LBC: “The fact of the matter is that we’re cracking on with the task.”

Pressed on what the PM said, she said: “Yes, exactly that, absolutely, that we are carrying on, working to grow our economy and address the cost of living… and providing the leadership that we need in challenging times.

“We do that collectively, we really do as one Government working together.”

Boris Johnson has told Oliver Dowden he “completely” understands his disappointment with the by-election results.

Writing to Mr Dowden following his resignation as Tory Party chairman, Mr Johnson said: “Thank you for your letter and I am sad to see you leave Government.

“As Minister for the Cabinet Office, Secretary of State for Digital, Culture, Media and Sport and Co-Chairman of the Conservative Party, it has been a pleasure to work alongside you for the last three years.

“In each of those roles you have given your best and focused on delivering for the British people.

“Whilst I completely understand your disappointment with the by-election results, this Government was elected with a historic mandate just over two years ago to unite and level up. I look forward to continuing to work together on that.”

Louise Haigh has said she hopes Tory MPs will now remove their “deceitful, dishonest leader” following losses in Tiverton and Honiton and Wakefield.

She told BBC Breakfast: “I very much hope that Tory MPs will now reflect and recognise that the British public are sick to death of this Government that wants to divide this country, that wants to play political games, rather than resolve the very many issues that this country is facing.

“Instead of tackling those issues, the Government have turned in on themselves and are trying to score cheap political points with the Labour Party.

“I hope that Tory MPs reflect on that now and finally remove their deceitful, dishonest leader that, quite frankly, treats this country with nothing but contempt.”

Sir Ed Davey was challenged on Sky News over his claim the Liberal Democrats’ victory in Tiverton and Honiton had beaten the biggest-ever majority to be overturned in a by-election.

Presenter Kay Burley told him the party had won over the biggest-ever Conservative majority in a constituency, but said bigger Labour majorities in Glasgow, Hamilton and Ashfield had been defeated throughout by-election history.

“Just to clarify, you said it was the largest by-election overturn result of a majority in living history, that’s not right is it?” she said.

Sir Ed said: “My figures are what I’ve just given you, Kay. It’s a huge victory we can quibble about size if you like, but it’s absolutely massive.”

Boris Johnson tried to defend his record by highlighting how the Tories won Hartlepool from Labour in May 2021.

Speaking to Channel 4 News, the Prime Minister said: “Without in any way wishing to minimise the lesson from by-elections – it was only a little over a year ago we won a Labour seat.”

The Liberal Democrats needed a swing of at least 22.8 percentage points to win Tiverton & Honiton – in other words, 23 in every 100 people in the constituency who voted Conservative at the 2019 general election needed to switch directly to the Lib Dems.

Tory MP Sir Geoffrey Clifton-Brown MP who is treasurer of the party’s influential 1922 Committee of backbench MPs. has told the BBC that he party is in a precarious situation,

He describes the by-election losses as a “very serious and large defeat in two completely different areas of the country”.

The Conservative Party need to “think very carefully about the future and how we’re going to remedy the situation” so we do stand the best possible chance of winning the next election, he says.

Boris Johnson has said he will “keep going” after his authority was dealt a series of blows by a double by-election defeat which triggered the resignation of a Cabinet minister.

The Prime Minister acknowledged on Friday that losing the former Tory stronghold of Tiverton and Honiton to the Lib Dems as well as surrendering Wakefield to Labour was “tough”, but he insisted he was pushing on, and vowed to “listen” to voters.

Conservative Party co-chairman Oliver Dowden quit, saying he and Tory supporters are “distressed and disappointed by recent events”, telling Mr Johnson that “someone must take responsibility”.

Mr Johnson, speaking to broadcasters 4,000 miles away in Rwanda, where he is at a Commonwealth summit, thanked Mr Dowden for his “excellent” service in the role.

Boris Johnson sought to deflect from the by-election defeats being about his leadership.

He told broadcasters in Rwanda: “That may be your view. I think that what governments also have to recognise is that I don’t want to minimise the importance of what voters are saying, but it is also true that in mid-term, government, post-war, lose by-elections.

“I think if you look back to last May the truly astonishing thing was we managed to win Hartlepool in very different circumstances.

“What we need to do now is reflect on where voters are, and what they are basically feeling is that we came through Covid well and we took a lot of the right decisions there. But we are facing pressures on the costs of living.

“We are seeing spikes in fuel prices, energy costs, food costs, that is hitting people. We have to recognise that there is more that we have got to do and we certainly will, we will keep going addressing the concerns of people until we get through this patch.”