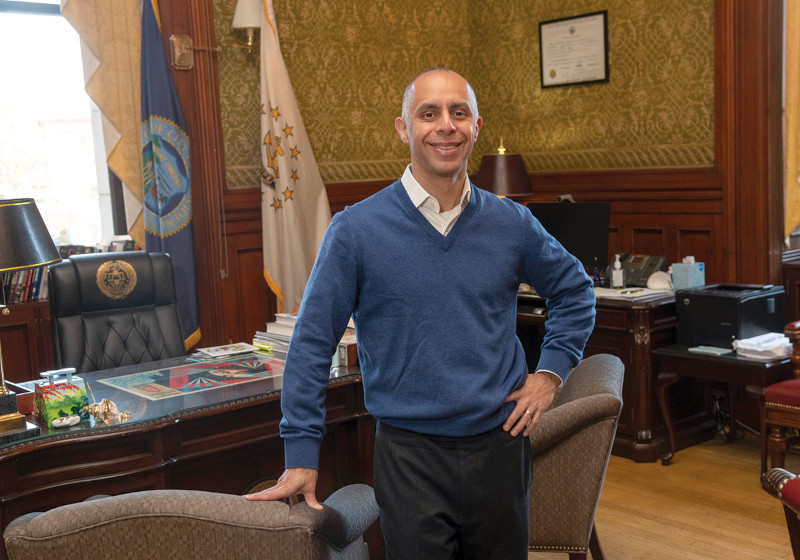 PROVIDENCE – The city is extending its Guaranteed Income Program, which offers monetary support to a select group of low-income residents, by another six months, Mayor Jorge O. Elorza announced Monday.

The program, launched last July, selected 110 city residents who have incomes at or less than 200% of the federal poverty level from a pool of more than 4,000 applications to receive $500 monthly payments. The monthly payments, Elorza said, helps residents address urgent needs, provide a cushion for unpredictable expenses and income volatility. The payments are also meant to supplement, rather than replace existing social safety net programs, the mayor said.

The residents had received such payments since last November, Elorza said, and the payments were slated to end in October. However, the mayor said the city will use $500,000 in American Rescue Plan Act funds to extend the program for an additional six months.

During that time, the city will continue to work with the University of Pennsylvania’s Center for Guaranteed Income Research to study the program’s effectiveness, Elorza said. Amos House and Dorcas International Institute of Rhode Island will also continue to administer the pilot program.

“This six-month extension will allow us to even better understand the impacts and outcomes of guaranteed income, especially as we continue to recover from the COVID-19 pandemic,” Elorza said in a statement. “For many individuals and families, this income is life-changing, helping some our city’s lowest-income residents to get back on their feet.”

James Bessette is the PBN special projects editor, and also covers the nonprofit and education sectors. You may reach him at Bessette@PBN.com. You may also follow him on Twitter at @James_Bessette.