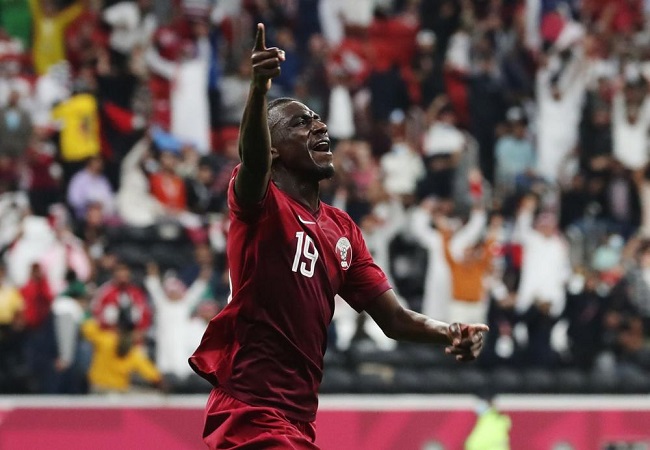 Hosts Qatar scored three late goals from substitutes Almoez Ali, Akram Afif and Hassan Haydoos to put away Iraq and maintain their perfect record in the Arab Cup in a pulsating contest at Al Bayt Stadium on Monday night.

The first half was goalless though there were opportunities of scoring from both sides.

Striker Mohamed Muntari was guilty of fluffing his line missing a good chance early into the contest.

Bashar Rasan created two instant chances for Iraq to open the scoring only to be denied by Qatar keeper Yusef Hassan. Whilst five minutes from the break, Yaser Kasim thought he opened the scoring for the Lions of Mesopotamia only to his strike crunch off the post. The first half ended 0-0.

Three goals in the final twelve minutes turned the tide in the favour for the hosts against an Iraq side that was in truth out of breath. Substitutes Almoez Ali (82), Akram Afif (84) and Hassan Haydoos (93) found the back of the net to maintain Al Annabi’s perfect record at the tournament and give the side plenty of confidence ahead of a quarter-final against local rivals UAE.