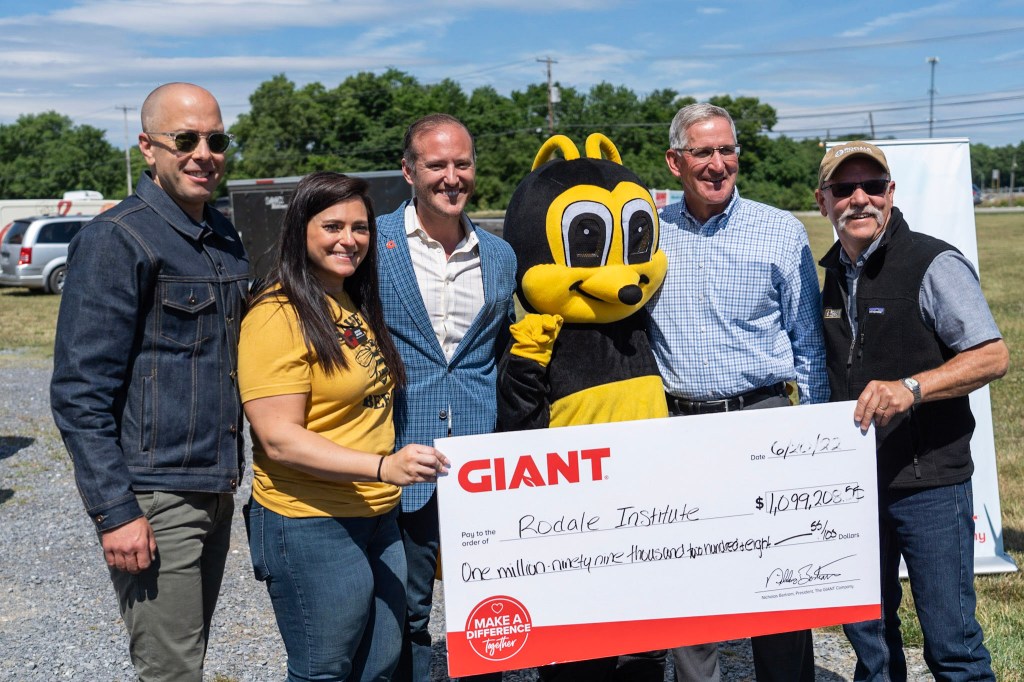 The funds were raised through the supermarket chain’s Healing Our Planet campaign, which ran from March 1 to May 31 and allowed customers to round up their checkout purchases to the nearest dollar.

The funds will support the institute’s farmer training program as well as farmer consulting services, education projects, and research studies, Rodale said in a press release.

Giant presented Rodale with a check for $1.1 million June 20 at a ceremony event at Giant’s headquarters in Carlisle, Cumberland County.

“Since joining forces with Rodale Institute last year, we have seen firsthand how they are working to expand regenerative organic agricultural practices and create a more sustainable food chain, which is more important than ever before,” Jessica Groves, Giant community impact manager, said at the ceremony.

Rodale Institute has been conducting research into regenerative organic agriculture, as well as farmer training and education opportunities, since 1947. It operates eight campuses in four states.

• Rodale Institute’s Organic Crop Consulting Services, launched in 2019 with the support of the Pennsylvania Department of Agriculture. The program supports farmers who are seeking to transition to organic through one-on-one mentorship with the Institute’s trained agronomists.